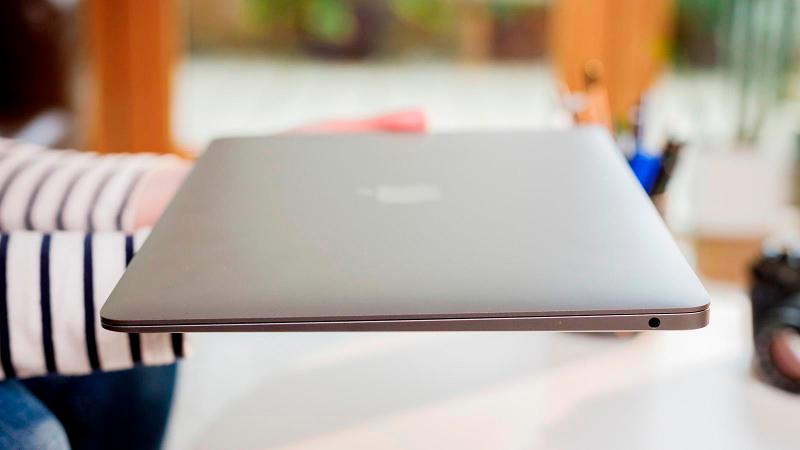 In his latest report to investors, the well-known and widely respected analyst Ming-Chi Kuo writes that he now expects Apple to start mass production of the next redesigned MacBook Air in the late second or early third quarter of 2022 – in the middle of summer next year, in other words.

The analyst does not have any new information about the laptop itself. But he has previously claimed that the next MacBook Air will have an entirely new chassis design that’s similar to the latest MacBook Pro. The ‘major redesign’ theory has also been supported by Bloomberg pundit Mark Gurman.

Kuo does add the new prediction that Apple will cut production of all MacBook models by about 15% in 2022 as a result of component shortages. The company’s plans have also been influenced by an anticipated reduction in demand for laptops, he says. As millions of workers return to the office, fewer people will need to buy a computer to work from home, AppleInsider notes.

(We would observe in passing that business demand may rise as employees discover that the office machines they depended on before the lockdown have since become 12 or 18 months further down the path to obsolescence. But Apple clearly doesn’t expect this to make up for the drop in consumer/home demand.)

Kuo is an important and trusted voice in the Apple pundit community, but he certainly isn’t infallible: the analyst monitoring site AppleTrack currently rates him with an accuracy of 74.6%, well below rivals such as Gurman (87.3%) and OnLeaks (78.6%). So while the broader assessment of Apple’s strategy is likely to be spot on, the precise details and timings may not.

You can catch all the latest leaks and rumours in our new MacBook Air hub, which will be updated regularly until the announcement. In the meantime, and if you don’t feel like waiting until next year, pick up a bargain on the current models with our roundup of the best MacBook Air deals.

This is a decent saving on the 256GB entry-level version of the 2020 1.4GHz MacBook Pro. It’s an Intel-powered Mac, not one of the newer M1 Macs, but this is a great price for a MacBook Pro regardless.

LaptopsDirect has a decent saving on the 2020 quad-core MacBook Air with 512GB storage and 4-cores – which used to cost £1,299. It’s a great deal if you want an Intel-powered model.

Apple’s offering the M1 MacBook Pro on its Refurbished Store – a great way to get a new M1 Mac for less than Apple sells it for.

The refurbished M1 MacBook Pro with 512GB SSD is £1,269 – a saving of £230. This price also puts it below the usual starting price of the 256GB model so you can get twice as much storage for less!

This is the 2.0GHz quad-core 13in MacBook Pro with 512GB storage – normally £1,799. It’s the cheapest Intel MacBook Pro that Apple still sells.

An excellent deal, this. Save money on the MacBook Air with 8-core CPU and 8-core GPU from Amazon. The discount applies to the Space Grey version, but the gold and silver models are only slightly more expensive.

Currys is offering a great discount on the new 2019 16in MacBook Pro.

Here’s a discount on the best M1 MacBook Pro, it’s a good saving, but you do need to factor in a delivery cost with eBuyer.

This 2020 MacBook Air with the M1 chip costs £999 from Apple, but you can pick up a refurbished model in Pristine condition with £129 off.

You can get a Mac from Apple at much lower prices if you buy from the Refurbished Store. Apple will have thoroughly tested the model and will offer you a full warranty so it can be a great way to get a good deal. Find out more about Refurbished Macs here.