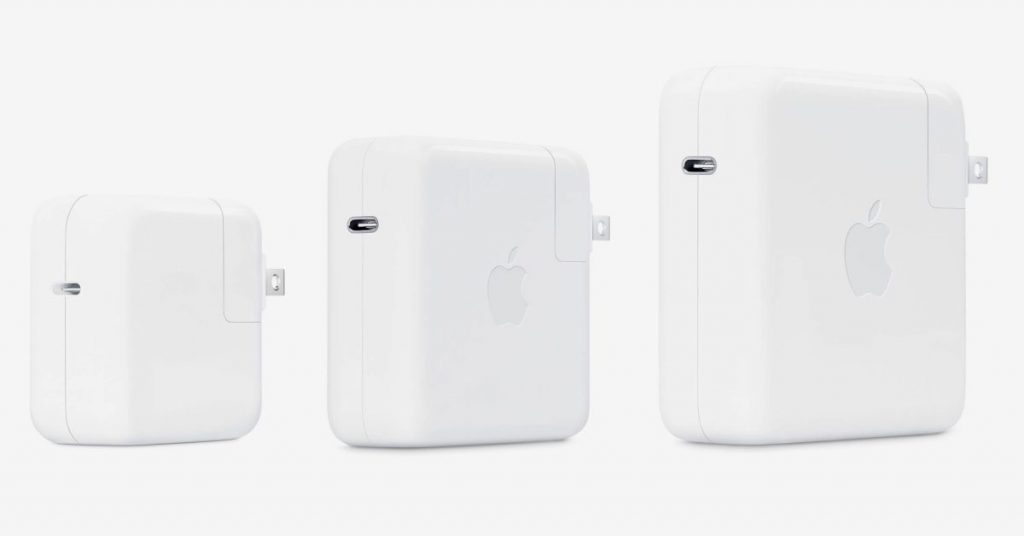 Recommendations to fast charge iPhone or iPad often include picking up the 20W power adapter from Apple or similar from a third party. But what if you already have a higher-powered USB-C charger from your MacBook Pro or MacBook Air? Follow along for which iPhones and iPads you can fast charge with Apple’s MacBook chargers or similar third-party chargers.

Update 9/30: With the iPhone 13 Pro Max being able to pull up to 27W of power, using 30W+ power adapters will give you the fastest charging times. It’s unclear for now if the whole iPhone 13 lineup can pull up to the 27W max, but as detailed below, it doesn’t hurt to use a higher powered wall plug as the iPhone is what determines the power it gets.

If you want something with more ports than your MacBook charger, two of the best options are Satechi’s compact 4-port 66W GaN USB-C Charger and Anker’s 36W dual-port USB-C charger.

Fast charging offers around 50% battery in 30 minutes. But picking up a new USB-C to Lightning cable and 20W charging block from Apple costs $40 if you need both. Third-party options often cost less, but what about using something you already have?

The good news is that modern iPhones and iPads work with all of the Mac notebook USB-C chargers, even the 96W model that comes with the 16-inch MacBook Pro. While it may sound risky at first, it’s safe to use any of Apple’s USB-C chargers, as your iPhone or iPad is what determines the power it receives, not the charger. Apple even does its own testing with the whole range of its USB-C power adapters.

Note: depending on the current capacity of your battery, your device will pull different levels of power. For example, a battery at 10% will draw more power than one at 80%.

Apple notes you can use its USB-C to Lightning cable or that “a comparable third-party USB-C power adapter that supports USB Power Delivery (USB-PD)” will also work like Anker’s Powerline series.

Check out 9to5Mac on YouTube for more Apple news: