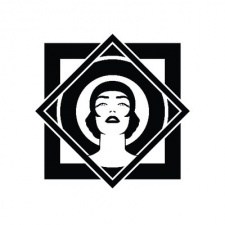 The make-or-break point for mobile games often relies on a user’s first experience once loading a game.

The abandonment rate for mobiles games is exceptionally high, with 80 to 90 per cent of users not returning to a game after their first use.

Past day one retention, only a maximum of 40 per cent of users continue to play downloaded games. Additionally, only 16 per cent of mobile games have user retention over 50 per cent.

Miles suggests that there are many reasons that a poor FTUE can lead to poor retention rates, such as a wordy introduction, a poor tutorial or too many in-game pop-ups that break immersion.

To increase the FTUE Miles suggests getting players into the game as quickly as possible. To do this, avoid large initial downloads, mandatory logins via social media, requiring account creation to play and pop-ups asking for a rating.

All of these impact a player’s perceptions of a game and can lead to them leaving before even starting. She notes that some pop-ups, such as age ratings, GDPR, or privacy, cannot be avoided, however, developers still retain a certain level of control around how these are shown and can make them seem more natural.

For example, the incorporation of visual settings from the game being present provides during these pop-ups can create a sense of immersion and excitement.

When teaching users how to play the game make sure that involves actually playing the game. Long chains of instructive pop-ups or extended dialogue scenes with no player interaction can overwhelm players and cause them to lose interest.

She notes that a tutorial should be played and not read and that all tutorial lessons should feel achievable to users. Make the FTUE flexible through gameplay integration and add tutorials for additional game mechanics at a later stage as to not overwhelm players.

By teaching gradually through experience with interactive tooltips players will be granted a greater sense of immersion and more likely to continue playing to explore what more the game has to offer later.

Miles adds that you can boost player involvement by adding a narrative layer to arouse interest and curiosity about what is to come. Rather than throw text at players, use the game environment to provide short text that gets straight to the point.

Finally, Miles highlights the importance of giving players a good reason to come back to your game. The FTUE should have retention mechanics such as future rewards, goals and the next challenge without overwhelming players.

Set long term, short term and mid-term goals and the right time and place to make them feel achievable and not out of reach as unreachable goals deter players.

Miles reflects that social media interaction is important for retention and community building but do not push this onto players from the start. Let them play the game and enjoy their experiences before this step to create a more organic and interactive community experience.

Also speaking at PGC Digital #8, six industry pros discussed how to approach conflict between developers and publishers and the best practices to manage it.