11 N64 Games That Should Come to Nintendo Switch Online 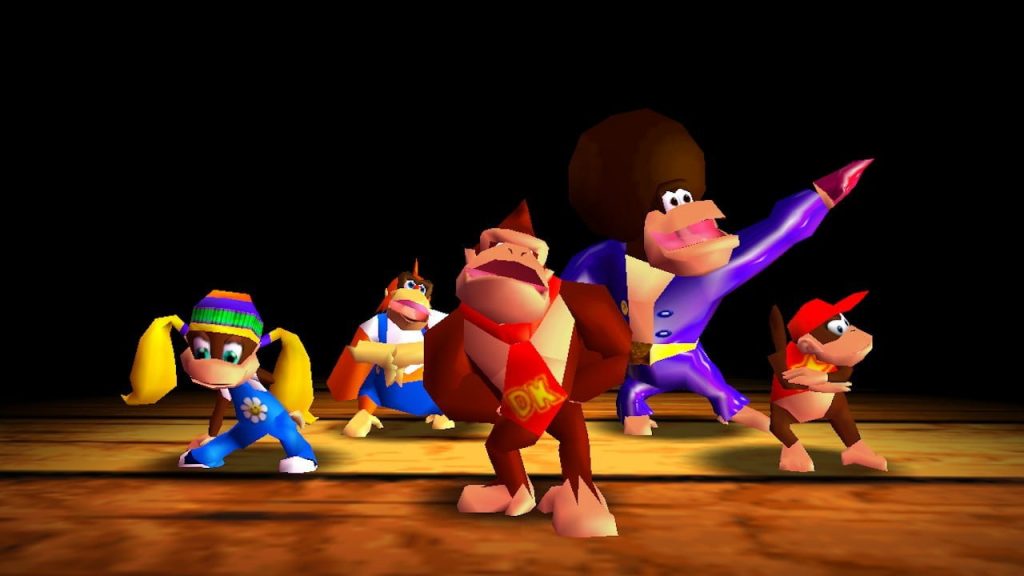 A handful of classic Nintendo 64 games will soon be available for modern gamers on Nintendo Switch Online through an “expansion pack.” While the expansion is set to include some of the best N64 games of all time, such as Super Mario 64, Star Fox 64, and The Legend of Zelda: Ocarina of Time, there were quite a few gems from the N64’s unique library that have been passed over in the first batch of games.

We know Nintendo likely isn’t going to be bringing every single N64 title to Nintendo Switch Online, but a handful of essentials are currently missing. Here are 11 games that the online service needs to better complete its retro catalog.

Pokémon Stadium was our first look at the world of Pokémon in 3D. This iconic battle simulator didn’t have a story like previous Pokémon titles — it was just Pokémon battles all day long. You could take on the Kanto gym challenge in a series of increasingly difficult battles, fight with friends or take it easy and play a surprisingly fun series of mini-games. With a Transfer Pak, you could even play with your team from Pokémon Red, Blue, and Yellow.

With the option to fight using “rental” Pokémon, you could battle using any of the original 150 Pokémon for the first time without having to play through an entire game and capturing them. This game also received a sequel on N64 which included second-gen Pokémon. What we really need is a modern version of Pokémon Stadium with the series’ now-massive encyclopedia of around 900 species of Pokémon, but for now, we’ll settle for some early Poké nostalgia.

GoldenEye 007 was the third-best-selling N64 title, coming in just behind Super Mario 64 and Mario Kart 64. The game was praised for having a more in-depth plot and requiring more strategy than any first-person shooters that had come to market so far. While the single-player plot that had you prevent a criminal syndicate from using a satellite weapon against London to cause a global financial meltdown was high-stakes and fun, the real draw was the game’s dynamic multiplayer mode. This was the first great console split-screen shooter and it paved the way for iconic series such as Halo and Call of Duty.

Unfortunately, there are a few hang-ups that could prevent GoldenEye 007 from appearing on the Switch — developer Rare is now owned by Microsoft, and the title is obviously tied in with the massive and still-growing James Bond movie franchise. We can dream though.

Donkey Kong 64 is another N64 classic developed by Rare, so it’s a trickier proposition, but this iconic platformer needs to come home to a Nintendo console. This was the first Donkey Kong game to feature 3D gameplay and you got to switch playing between all five members of the DK crew, which each had their own special abilities and uses throughout the game.

In retrospect, folks have complained about the number of collection tasks in the game and turned on the rap intro, but it was a fun time a great break from Nintendo’s Mario-centric lineup. This was another title that was a great couch multiplayer game, with a multiplayer shootout mode where each Kong totes fruit guns and hunt each other down.

Overwhelmed by the 81 (soon to be 82) character choices in Super Smash Bros. Ultimate? Let’s throw it back to the original Super Smash Bros., where we only had a mere 12 characters to pick from. Man, that felt like so many back in the day, didn’t it?

This is where the Super Smash Bros. craze, which has evolved into a global competitive gaming scene, started, and it would be awesome to see this classic show up on Switch with any sort of online multiplayer modes.

Mario Party 2 is one of the best Mario Party titles and one of the most innovative. The first Mario Party could’ve been a one-and-done title, but Nintendo put together a masterpiece sequel in under a year. The second game added items, duel and battle mini-games, and more varied and dynamic boards. Also, the unique outfits each character had for each themed map was fantastic — who doesn’t want to play as Pirate Peach?

We’ll definitely see some maps and gem mini-games when Mario Party Superstars, the 12th installment in the series, hits the market on October 29 and features classic maps. But Mario Party 2, and the rest of the N64’s Mario Party titles, should be available on their own.

Diddy Kong Racing is often viewed as a second-rate Mario Kart 64, but this racer has its own charm and quirks that made it an unlikely go-to title. Diddy Kong and his friends are racing to save the world from a wizarding pig named … wait for it … Wizpig. Instead of being stuck in little karts, you can race in cars, hovercrafts, and airplanes on wacky race tracks.

A sequel was in the works but was ultimately canceled when Rare was purchased by Microsoft. A remake was made for the Nintendo DS, but never got the innovation it needed to compete with yet another Mario Kart title.

Banjo-Kazooie is coming to Nintendo Switch Online, so why not throw in the killer sequel as well? In Banjo-Tooie, our favorite bear-bird duo has to defeat Mingella and Blobbelda, the sisters of Gruntilda, who captured Banjo’s sister Tootie in the first adventure. The second game introduced so many cool new moves for the pair, including allowing Banjo to wield Kazooie like a gun and fire eggs out of his mouth at enemies.

On top of a wild single-player adventure, the multiplayer system for Banjo-Tooie was a blast. You could play every single mini-game with up to four friends and make a marathon afternoon out of it.

Originally meant to be “F-Zero on water,” Wave Race 64 is absolute jet ski mania. This title was one of the first games released for the N64 and a huge milestone in the company’s shift from the 16-bit 2D graphics of the Super Nintendo Entertainment System to the Nintendo 64’s 3D capabilities.

For an early racing title, Wave Race 64 had solid physics and smooth animations for the time and paved the way for stellar racing titles down the stretch on the N64. With a worthwhile single-player experience and head-to-head multiplayer challenges, this would be an excellent addition to Nintendo Switch Online’s roster and give the library a bit of variance.

While the Pokémon theme is heavy, it was enjoyable for folks not familiar with the series. You play against popular characters from the anime and their Pokémon teams are featured, but everything is completely cosmetic. With the success of Tetris 99 on the Switch, there’s no reason to not feature this oddball Pokémon spin-off.

Star Wars: Shadows of the Empire

Star Wars: Shadows of the Empire was a strange game on N64 and an even stranger game in the grand scheme of Star Wars video games. In this third-person shooter, you play as a mercenary named Dash Rendar, who helps Luke Skywalker rescue Princess Leia from a villain named Prince Xizor between the events of films The Empire Strikes Back and Return of the Jedi.

Throughout most of the game, you’re running around with a blaster pistol, jumping through stages, and firing at stormtroopers all over the galaxy. But there are a few vehicle-based missions like piloting a snowspeeder during a battle on the ice planet Hoth and controlling the turret of your spacecraft in a planetary battle.

BattleTanx: Global Assault takes place in a post-apocalyptic 2006 in which world governments have been reduced to tank gangs in a constant state of war. A psychic villain who goes by Queenlord Cassandra has kidnapped Brandon, the son of military leaders Griffin and Madison Spade, because he has some sort of powerful psychic abilities. You control the Spade’s tank army as the duo chases Queenlord Cassandra across the U.S. and Europe to rescue Brandon and figure out what caused the world’s downfall. Full stop.

The plot of this game is absolutely bizarre, but the gameplay boils down to manning a variety of futuristic tanks and blasting down your enemies in iconic cities around the globe. You get various power-up weapons in the game, from guided missiles (which yes, are as hard to control on N64 as you would imagine) to laser and mini-nukes. In its multiplayer mode, you and your friends can lead opposing tank armies in fiery battlefields.

The tank-centric shooter received mainly positive reviews. but the story died when developer The 3DO Company went bankrupt. We’ll never know where this wild, psychic, tank warfare family ended up, so we at least deserve to have the last installment playable on Switch.