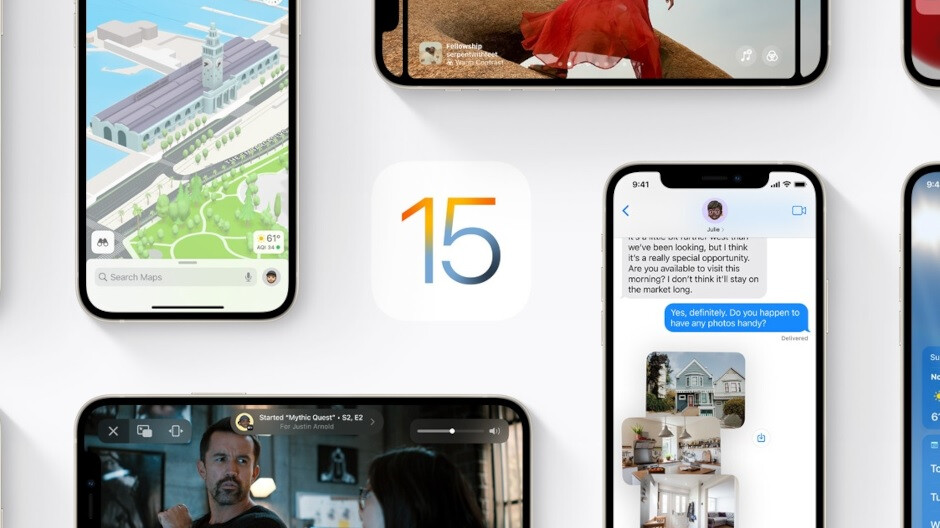 Share
Facebook Twitter LinkedIn Pinterest Email
Three days after the September 20th release of iOS 15, we told you that only 8.5% of eligible iPhone handsets had updated their software to the latest iOS build. Compare that figure to the 14.5% of iPhone units that had iOS 14 installed three days after its release the previous year. This year, for the first time, Apple gave iPhone users the option to remain on iOS 14 and still receive all security updates.
With another week and a half under its belt, has iOS 15 managed to catch up to iOS 14’s adoption rate? According to Mixpanel (via AppleInsider), the latest adoption rate for iOS 15 has risen to 21% of compatible phones. However, that is still lower than last year when 40.51% of compatible iPhone models were running on iOS 14. Mixpanel noted that the data comes from analyzing the iPhones that visit its site to determine which iOS build is being used (20.74% were using iOS 15 at last count).

Only 21% of compatible iPhone units have updated to iOS 15

Some of the features that should provide iPhone users with the incentive to update to iOS 15 include Focus, a version of Do Not Disturb on steroids. With Focus, you note your status, and based on what activity you are presently occupied with, certain notifications and messages are blocked. To combat any temptation, apps and widgets that are not relevant can be removed from your Home Screen.

Another popular new feature is Live Text. This feature allows a user to copy and share text found in a photograph, translate text inside images, and even call a phone number captured in a photo. You are also able to send an email to an email address printed on a sign or business card that you’ve photographed.

To update your iPhone to iOS 15, go to Settings > General > Software Update. Follow the on-screen directions. Certainly the large number of bugs that have surfaced on iOS 15 thus far have given owners of compatible iPhone models a reason to hold off on updating their devices. Still, those who want to use the new features like Focus and Live Text have no choice but to download and install the latest iOS update.

The update also allows Siri to process speech right on the device thanks to Apple’s Neural Engine. With iOS 15, Siri’s speech recognition (always a sore point among iPhone users) improves and the digital assistant also maintains context so that queries you ask Siri can be more conversational. And speaking of context, Siri will use onscreen context to place a call or send a text saving you some valuable time.

While it won’t be widely available until iOS 15.1 is dropped, the current iOS 15.1 developer beta returned SharePlay to the iPhone. This feature allows FaceTime users to share the experience of watching a movie, viewing a television show, or listening to music with others who are all connected via a FaceTime call.

There is still a large percentage of active iPhone units left to move on from iOS 14. Mixpanel shows that 73.48% of those phones are using iOS 14 while another 5.78% are running on iOS 13 or older.