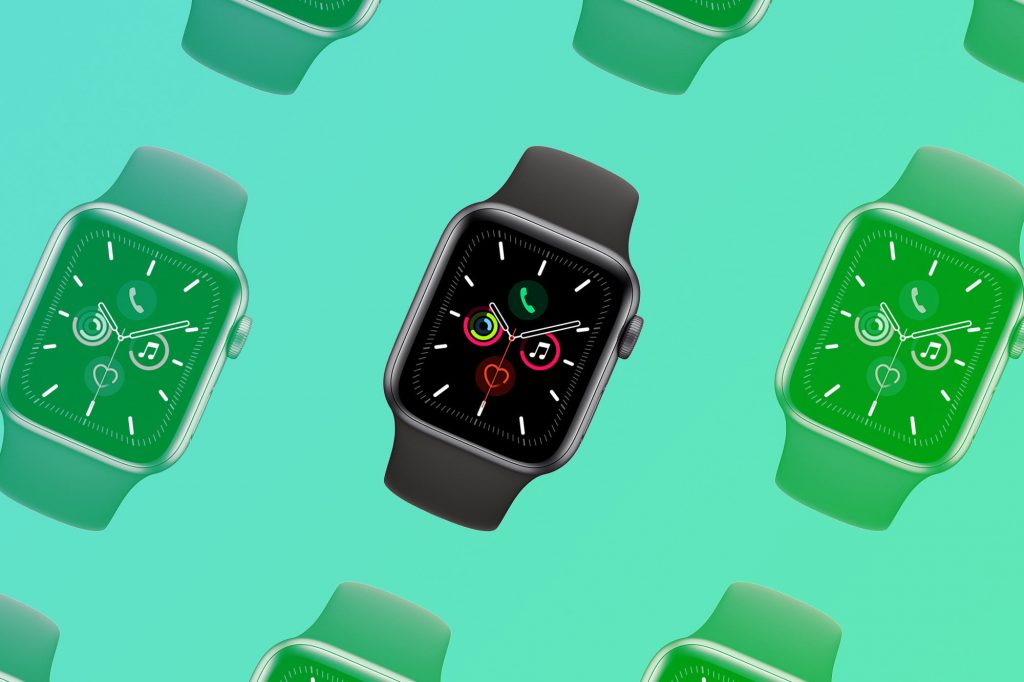 Last year, wearables were in huge demand as we all spent more time outdoors and a bit more time thinking about our fitness levels. They remain a great way of helping you monitor your performance while also looking pretty stylish too. Retailers ran with that popular idea and ensured there were plenty of big discounts on the best smartwatches including the Apple Watch. With plenty of different Apple Watches out there, there were some varied price cuts for every budget and requirement.

For instance, we saw the latest Apple Watch Series 6 discounted by up to $70 at retailers with Amazon one of the main places to grab the 40mm GPS model for just $330 — a huge price cut for the time. Alongside that were discounts for the Apple Watch SE too — the slightly lower spec model that still suited most users thanks to offering all the key requirements. It was possible to pick up the 40mm GPS model for just $229 at Best Buy saving you $50 on the usual price.

Alternatively, there were huge bargains to be had in the Apple Watch Black Friday deals when it came to the Apple Watch Series 3. The oldest device still sold by Apple and other retailers new, it was available for just $119 at Amazon and Walmart making it an incredibly sweet deal for anyone keen to get a new smartwatch but that didn’t want to spend a fortune. Sure, it was slower than more expensive alternatives but it suited anyone dipping their toe into the smartwatch world.

There were also varied discounts for different models of the Apple Watch. While the focus was generally on 40mm and GPS models, you could also save $50 or more on different sport band inclusions or between $20-$100 on cellular options too. Effectively, there were loads of great options in the Black Friday Apple Watch deals that ensured there was something for everyone. It all came down to your budget and what stock retailers were trying to clear in the run up to Christmas 2020.

We’re expecting Apple Watch Black Friday deals to be pretty great this year as smartwatches have grown even more in demand in recent times. Retailers are always keen to discount the most highly sought after gadgets and no one can resist an Apple Watch right now. They’ve become more of an essential tool for anyone looking to track their daily life, with new features helping them look even more tempting. With Black Friday Apple Watch sales also looking so sweet, it should keep both consumers and retailers alike very happy. So, what should you expect? Discounts across the board, simply put.

Elsewhere, expect to see big savings on the Apple Watch SE. It’s often discounted now by about $50 with bigger discounts for the Apple Watch SE GPS + Cellular model. Expect to see similar at retailers as varied as Amazon, Best Buy and Walmart. It’s still one of the best value smartwatches out there so retailers will be keen to make it even more enticing. We may even see discounts on the regular GPS model too. We can all cross our fingers to see it hit the sub-$200 market for a day or so, right?

That doesn’t mean that other less popular Apple Watches won’t be discounted. It’s likely we’ll see one potentially final hurrah for the Apple Watch Series 3 during the Black Friday Apple Watch sales. Already frequently discounted to $119 at Amazon and Walmart in particular, it could even drop to $99 this time around as retailers will be keen to clear existing stock to make room for newer devices. It’s looking pretty old now and retailers won’t want to be left with dated stock for too long. Despite its age, it should still serve many users well as it offers all the key Apple Watch features for less. We might even see some older devices like the Apple Watch Series 5 pop up too, especially when it comes to the 44mm screen option or cellular varieties. Don’t count on these being as tempting though unless you’re in dire need of cellular connectivity.

It can be tricky to know when the right time to hit the buy button is. That goes for any time of the year but perhaps even more so during the Apple Watch Black Friday deals when everything is so much more exciting and the deals feel more time-limited. For one thing, you need to know if you’re buying at the right time for your needs, rather than the sales season. Do you really need a new Apple Watch? Have you got an existing one that’s working just fine? Do you even use a smartwatch or wearable when working out? Then maybe don’t be tempted unless the Black Friday Apple Watch deals are truly irresistible. A little more time won’t do you any harm if you’re already covered. Alongside that, you need to think about your budget. Everyone wants to buy the latest technology but if you can’t afford it, you should hold on a little or opt to buy something more in keeping with your budget. Luckily, there’s generally an Apple Watch for every price range here.

Once you’ve figured all that out, you may be wondering whether Black Friday or Cyber Monday is the sweet spot for snagging the best bargain. Generally, discounts remain the same across the entire sales weekend but the key thing to consider here is that stock doesn’t last. On the best deals, you won’t see any stock by the time Cyber Monday comes around and you may end up missing out a lot here simply because you couldn’t decide. If you see great Apple Watch Black Friday deals on the Apple Watch Series 6 or similar, snap it up immediately. Don’t wait until Cyber Monday to commit as the stock and deal may have expired. Time is always of the essence here as everyone is rushing to get the best offer for them. The best deals always sell out.

If you’re worried about missing out on a better deal on Cyber Monday, don’t sweat it. Generally, retailers keep their prices the same the whole weekend unless we’re talking about unusual flash sales. Even then, some retailers offer their own internal price match scheme or allow for easy returns so you can easily switch over from a good deal to a better deal. Keep an eye on the small print while you dive into the Apple Watch Black Friday deals.

With Apple Watch Black Friday deals looking so sweet, you probably have a lot of questions about the process. That goes even more so if you’re new to Black Friday or you could simply do with a refresher on what to look for when making a purchase. Fortunately, we’re here to help you with some of the simplest queries so you’re primed and ready for the Black Friday Apple Watch sales. Whatever your intentions, we’ve got you covered with answers to everything you could think of before diving into the Apple Watch Black Friday sales.

Do Apple Watches Go on Sale on Black Friday?

Simply put, yes. Apple Watches are some of the most in-demand gadgets out there right now and retailers love to promote the favorites. It simply wouldn’t be Black Friday without plenty of Apple Watch Black Friday deals to check out. They’re going to be a key seller in the sales.

How Much Will an Apple Watch Cost on Black Friday?

Should You Wait Until Black Friday to Buy an Apple Watch?

That’s a highly situational question. How much do you want or need an Apple Watch? Not quite a life essential, you can probably hold out and wait for the Apple Watch Black Friday deals to get the best price. That is unless you have a big race coming up and you really need to track your progress.

Also, if you’re planning on purchasing an Apple Watch as a gift, you may not be able to wait until the Black Friday sales. Generally though, it’s a good idea to hold out. Black Friday and in turn, Cyber Monday, offer the best times to buy a new Apple Watch. As the final sales season for the year, you won’t get better than these deals.

Who has the Best Black Friday Apple Watch Deals?

No one retailer has the monopoly on the best Apple Watch Black Friday deals. While it might seem like somewhere like Apple will have the best offers, this is rarely the case. Instead, Apple is usually one of the weaker options.

Somewhere like Amazon, Best Buy or Walmart often offer the deepest discounts in the Black Friday Apple Watch sales, regardless of which model you’re considering purchasing. However, other retailers may also feature including B&H Photo, Target, and anywhere else you can think of. The best idea is to browse extensively and check out our deals to find the best prices for whichever model of Apple Watch you most desire. Don’t stick to one retailer out of loyalty. It rarely works out as the best option during such a competitive sales season.