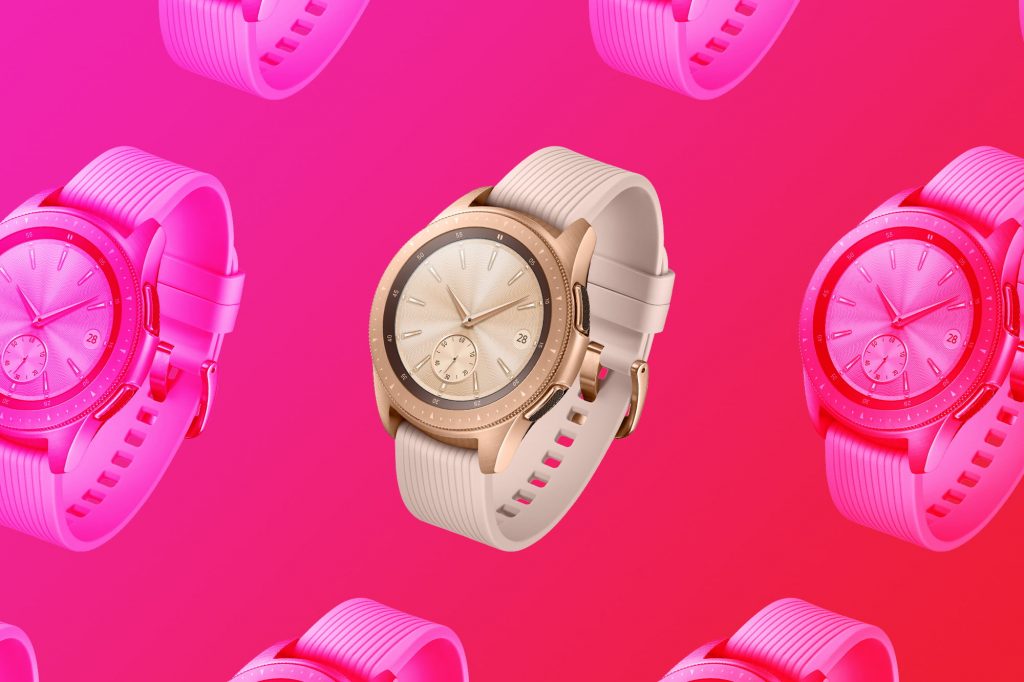 Black Friday smartwatch deals are slowly making their way upon us with the big event ever sooner. If you’re thinking about buying a new smartwatch as part of the smartwatch Black Friday deals, it can be hard to know where to begin. With so many options out there from whether to choose an Apple-based smartwatch or something with WearOS built-in, you also need to consider when the right time is to buy along with which retailers to look out for. To help you figure out where to begin, we’re here to help. Read on while we take a look at what Black Friday smartwatch deals happened last year and how we think that will affect the sales this year. We also answer all the questions you could have about the smartwatch Black Friday deals including when the best time is to buy and what to look for when checking out a deal. In no time at all, you’ll know exactly what to expect.

Last year in the Black Friday smartwatch deals, we saw big discounts on some of the biggest names in smartwatches. Encompassing a wide range of different prices, that included price cuts for some of the biggest premium brands such as Apple and Samsung, as well as some deep discounts on Garmin and Fitbit smartwatches too. For those on a budget, there were also some good prices on fitness trackers too proving ideal for those dipping their toes into the smartwatch world for the first time.

Away from all things Apple, and it was a similarly strong time for Samsung-based Black Friday smartwatch deals. The original Samsung Galaxy Watch was $90 off at Walmart while the Samsung Galaxy Watch Active 2 had $100 off for more active users. Those looking for a stylish watch for all-day use could save $60 on the Samsung Galaxy Watch 3 so there were plenty of options here. That’s not forgetting Fossil with its Gen 5 range enjoying big discounts and working well with both Android and iOS devices. Fossil watches tend to look pretty stylish too which proved popular in 2020.

Elsewhere, other smartwatch brands were also available with the Fitbit Versa 2 enjoying discounts pretty much everywhere, often saving $50 off the usual price at Best Buy and similar. Those looking for something more high-end and fitness-focused could also save a similar price on all things Garmin with other discounts available for the Fitbit Charge 4, Fitbit Inspire 2 and Fitbit Versa 3. That meant there was something for everyone regardless of your budget or why you needed a smartwatch. If you were looking for a stylish time piece, Apple, Fossil and Samsung had you covered while fitness addicts could enjoy the benefits that came from a Garmin or Fitbit.

What Black Friday Smartwatch Deals We Expect to See This Year

We’re expecting to see a lot of great Black Friday smartwatch deals. In the past, smartwatches were seen as a little gimmicky and a bonus extra that didn’t really replace other devices but they’ve truly come into their own in recent years thanks to providing far better features than ever before. As retailers love to embrace the latest trends and particularly love to discount technology during Black Friday and Cyber Monday, it’s highly likely we’ll see some great discounts on the latest smartwatches as well as some older models, bringing them down to a bargain price.

Of course, if you’re all about fitness then you need a Garmin smartwatch ideally and these are frequently discounted as part of the Black Friday smartwatch deals going on. With huge savings in the past, we’re expecting to see something like the Garmin Vivoactive 3 heavily discounted which is great news as it’s one of the most stylish sports watches out there. The Garmin Forerunner series is also likely to enjoy discounts with the high-end Fenix range also often seeing price cuts during sales seasons. There should be something for every budget here with the opportunity to get more for your money.

Don’t forget about cheaper options too like all things Fitbit and the Ticwatch range. Neither are quite as stylish as the likes of Apple, Samsung or Garmin, but if you don’t want to spend too much on a smartwatch, you should be able to get a lot of features for a great price. If you’re ok with skipping ultimate style or you haven’t decided if a smartwatch is something you want to commit to, these are good options to test the water and very likely to be discounted at retailers during the smartwatch Black Friday deals.

Should You Buy a Smartwatch on Black Friday or Cyber Monday?

As always, only you know how much you need a smartwatch but the Black Friday smartwatch deals are the best times to buy one, providing you’ve figured out your budget and needs. Once you’ve got that far, it’s important to think about the best time to buy.

Simply put, you need to buy on Black Friday. While Cyber Monday is the traditional day for big technology-based discounts, that’s less the case these days. Usually, you’ll get the same discount on Black Friday and you don’t have to worry about stock running out. Wait a few days until Cyber Monday and you may find that the Black Friday smartwatch deals you wanted are all out of stock and you’ve missed out. It’s a smart move to buy quickly so you’re not disappointed. In the unlikely case of something being discounted further on Cyber Monday, you can usually return the original item or some retailers even offer price match guarantees. Check the small print before you commit.

There’s a lot to take in while considering what smartwatch to buy and which deals to take advantage of. That’s why we’ve also helpfully answered plenty of key questions about what to expect from the Black Friday smartwatch deals and how to approach them so you get the best deal for you. Read on and we’ll guide you through any worries you might have.

How Much Will Smartwatches be on Black Friday?

Like with most sales, there’s no one guaranteed price for all smartwatches. It’s best to see the Black Friday smartwatch deals in terms of the percentage discounts we’re likely to see.

Smartwatches like the Apple Watch and Samsung Galaxy range are likely to see discounts of between 10-20% depending on the watch you’re considering while we could see much bigger discounts for devices from Fitbit and Garmin. Past years have provided us with 50% or more off a Garmin watch so these are the ones to look out for.

Is Black Friday the Best Time to Buy a Smartwatch?

Almost always, yes. Black Friday and Cyber Monday are traditionally the strongest times of year for technology discounts and we can’t see it being any different this year.

Generally, the Black Friday smartwatch deals are the time for retailers to clear remaining inventory before the year ends as this is the last major sales season of the year. Combined with the latest technology often launching in September, it’s a great time to save a little on the absolute latest technology or a lot on slightly older devices while retailers clear their warehouses.

Are Black Friday Smartwatch Deals Worth it?

Generally, yes. Some discounts may be merely incremental but you can get some fantastic bargains if you know what you’re looking for. It’s always worth checking the genuine discount involved and confirm that the retailer isn’t using a list price that’s very rarely used outside of sales season.

This is where it’s important to do your research so you know what smartwatch is right for you and also you know what they’re normally priced at. Don’t be afraid to compare different retailers to see what’s out there and to check that the price is a good deal. Not all smartwatch Black Friday deals are equal.

Should You Wait Until Black Friday to Buy Smartwatches?

If you can, yes. If you’re keen to treat yourself to a new smartwatch and you can wait, Black Friday and Cyber Monday is the time to wait for. The best sales season, you’re guaranteed of the best price by waiting it out.

However, if you desperately need a smartwatch now, you may not have this choice. If, for instance, you’re buying one as a gift or your current smartwatch has failed and you really miss having one, then you should still be able to find good deals. In an ideal world, it’s worth waiting for the Black Friday smartwatch deals but don’t feel too reliant on it.

Who has the Best Black Friday Deals on Smartwatches?

That’s hard to say. Ultimately, no one retailer has the monopoly on the best smartwatch deals. That’s why you need to check places like here to find the best deals. It’s worth checking out all major retailers once you have an idea of which smartwatch you want to buy.

Generally, places like Amazon, Best Buy and Walmart offer the most varied deals thanks to providing different smartwatch brands such as Apple, Samsung, Fossil, Fitbit, and Garmin. There’s also a chance that the retailers will compete with each other and price match too.

Does the Apple Watch Go on Sale on Black Friday?

Almost always. Some of the best offers come from Black Friday Apple Watch deals. We can’t see it being different this year. The Apple Watch is one of the most successful smartwatches out there and retailers know that. Thanks to it being in such high demand, even incremental discounts are warmly welcomed by customers so it’s very likely that we will see Apple Watch discounts.

Smartwatch Deals You Can Shop Today

If you can’t wait until Black Friday, there are some outstanding smartwatch deals you can shop today — we’ve rounded up some of the best below.


Ready to get fit? The Versa 2 tracks your heart rate, sleep, and workouts, with a streamlined interface and built-in Amazon Alexa. You can set it up to send you personalized fitness reminders, too.


The larger 44mm variant of the Apple Watch Series 5 boasts GPS, an aluminum case, and a silicone sport band. With heart-rate monitoring and personalized coaching, it’s the ultimate fitness accessory.


For a sleek and stylish smartwatch that comes with all the functionality and none of the bulk, the Fossil Gen 5 Carlyle is the perfect option for the stylish intellectual with a passion for fashion.


The Garmin Forerunner 935 is a great GPS multisport smartwatch with a perfect 5-star rating in our review. It provides advanced dynamics for running, cycling and swimming, and more.


Even with the introduction of the Apple Watch Series 6, the Series 5 is a solid purchase. Pick it up for less and enjoy features like heart-rate monitoring and workout tracking.