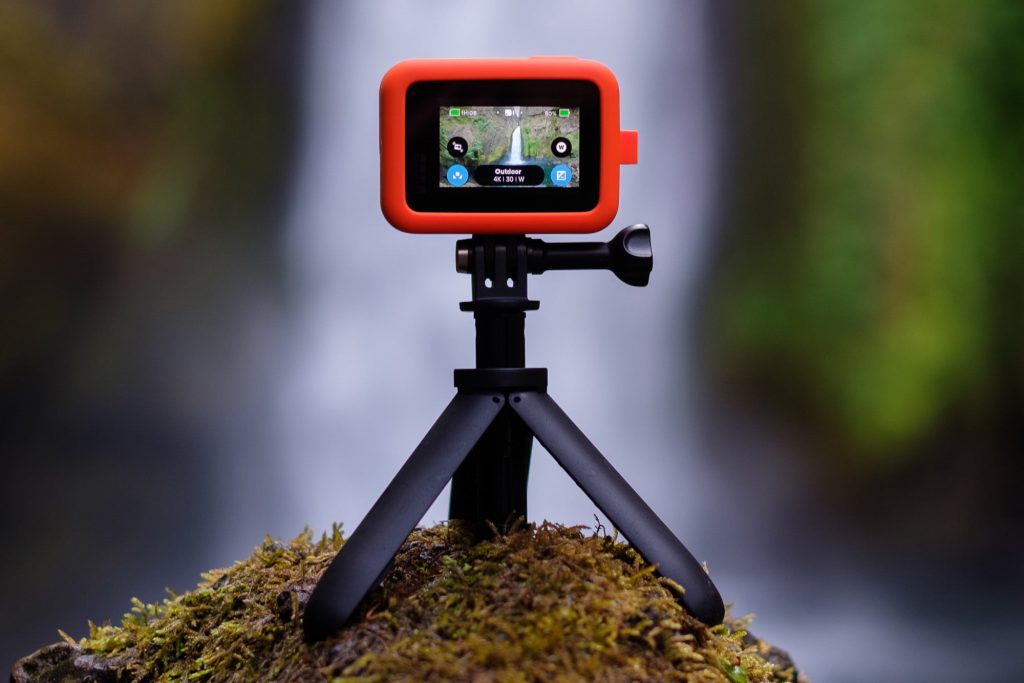 If you shoot action video, you know GoPro cameras are the first choice of action video photographers. GoPros are at the top of our lists of best action cameras. There are great GoPro deals to be found on both current and previous-generation models. Note that GoPro prices and availability change often, so if you see a good deal on the model you like, don’t hesitate. Not sure which one to pick? Below our top deals, we’ve included some information about the feature sets of all of GoPro’s recent action cameras. After something a bit cheaper? We’ve rounded up all the best GoPro alternatives.

GoPros are not designed for casual photography. If you’re looking for all around camera deals, check out our Canon camera deals.


The GoPro Hero8 is a 4K camera no adventurer can do without, capable of taking breathtaking shots in nearly any environment, making it the perfect companion for those long trips on the scenic route.


The GoPro 3-way Arm is a widely versatile filming accessory for every scenario, capable of acting as a camera grip, extending arm, and a tripod for all-around functionality for the frequent traveler.


The GoPro Hero 8 Black builds on the advancements of the Hero 7 Black with even better stablization technology than before.

The GoPro Hero 8 Black is an all-around upgrade to the popular action camera, in a slightly larger and heavier package than Hero cameras before it. There’s a reason for this though: The Hero 8 Black now includes built-in mounting arms, negating the need for the clip-on frames of Heroes past. It is able to shoot video at up to 4K 60fps, with enhanced stabilization technology (HyperSmooth 2.0) that is available across any resolution or frame rate.

GoPro didn’t just enhance the action camera’s capabilities when it launched the Hero 8 Black. It also brought with it a new, more practical design. It’s slightly bigger and heavier than its predecessor, but that extra size and weight means there is now space for built-in mounting arms, and that means no more additional clip-on frame. It will mount to anything all by itself.

Another significant enhancement to the exterior of the camera allows for the attachment of “mods.” Initially, three mods are available: A Media mod which adds a directional shotgun microphone to the Hero 8 Black; a Light mod which adds an external light which can be attached to the Media mod or stand-alone with other GoPro Mounts; and the Display mod which adds a 2-inch flip-up LCD screen to your GoPro.

The GoPro Max camera is the company’s newest 360-degree camera and can be thought of as the successor to the Fusion, the company’s previous 360-degree camera offering. You can shoot from either of the 180-degree cameras separately or together, and the stabilization and audio quality of the Max is better than even the Hero 8 thanks to automatic horizon leveling and a total of six microphones in total across the device.

Editing of footage is super easy using GoPro’s app, allowing you reframe the footage in any way you like (we recommend shooting in 360 all the time so you can choose precisely the shot you want). It also has built-in mounting arms like the Hero 8, once again negating the need for additional mounts in many cases.

At only about $100 cheaper than the Hero 8, it’s a good deal — however, we’d warn you that the video quality is not as good as some other 360 cameras, and the “stitching” is not perfect. But that’s somewhat the nature of the 360-degree videography at the moment.

Before the introduction of the GoPro Hero 8 Black, the Hero 7 Black was the cream of the crop when it came to GoPros. It was the first GoPro to feature the company’s HyperSmooth video stabilization technology. However, with this model, it is only available on select frame rates and resolutions. The Hero 7 Black has a maximum frame rate of 4K 60fps and has a 12-megapixel camera.

A feature known as SuperPhoto intelligently applies HDR and noise reduction to photos taken to ensure the highest quality shots, and it supports live video streaming as well.

The Hero 7 Silver is a step down from the Black, with a maximum frame rate of 4K 30fps and a maximum resolution of 10 megapixels, and without the HyperSmooth video stabilization technology that makes the Hero 7 Black so attractive (although it still offers video stabilization, just nowhere near as useful). These differences make the Silver a much more affordable camera however, so the trade-offs might be worth it for those looking to save a little money.

This model has a voice-control feature so you can take timelapse videos hands-free. You can also track your speed, distance, and more as it has a GPS Performance Stickers for showing off how fast, far, and high you went as you did the stunt, making it a worthwhile option for action sports enthusiasts — especially those riding on smoother surfaces (think skiing, snowboarding, and so on).

The Hero7 White was the previous generation entry-level camera but was discontinued after the introduction of the Hero 8 Black. Like the Hero 7 Silver, it has a maximum photo resolution of 10 megapixels, however, the maximum frame rate of the White is only 1080p 60fps. You’ll also lose the GPS Performance Sticker functionality of the Silver, too.

Even so, for those looking for a capable action camera at a good price might find the Hero 7 White a solid alternative.

Launched, in 2017, the Hero 6 Black was the first GoPro to offer 4K 60fps video and 1080p 240fps video for super slow motion. GoPro claims the Hero 6 Black offers twice the performance of the previous generation with vastly improved image quality. This model also features improved stabilization over previous models, and touch zoom and an improved user interface, making it easier to use than any prior GoPro on the market.

The GoPro Hero (2018) was marketed as an entry-level camera at the time of its release, marketed as a low-cost alternative to the Hero 6 Series action cameras. It had a maximum frame rate of 1080p 60fps and supports a maximum photo resolution of 10 megapixels. It also included the same image stabilization as the Hero 5 Black.

Looking for more must-have deals? Head over to our curated Deals Hub.