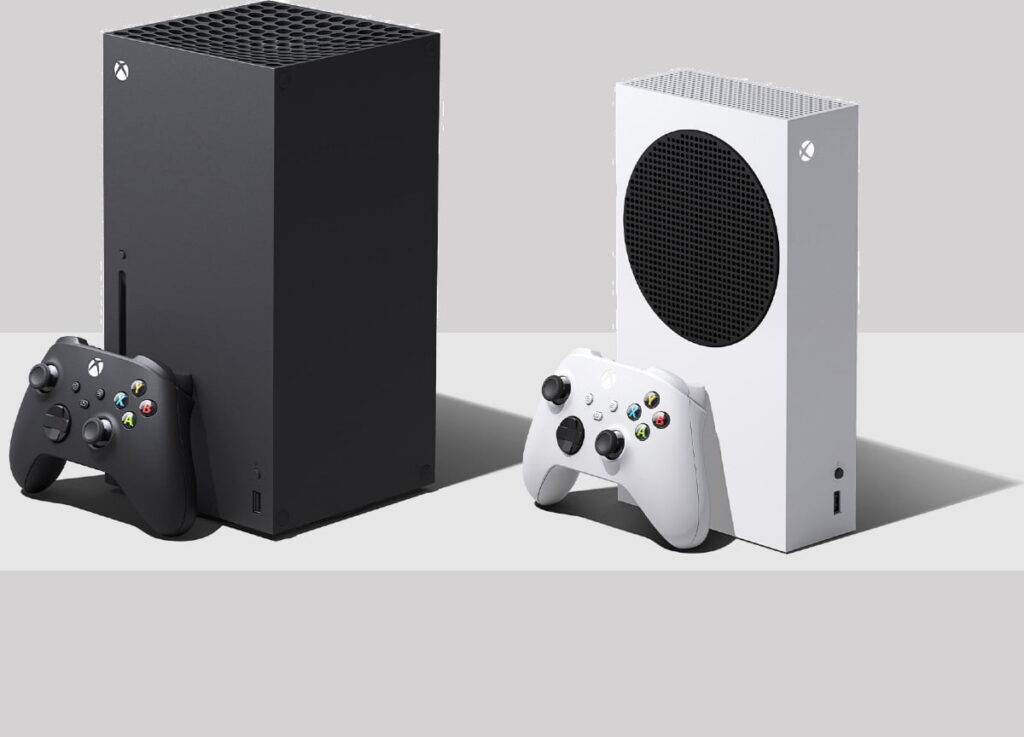 If you’re on the hunt for Microsoft Xbox Series X deals or Xbox Series S deals, you have something that’s shared with people who are attempting to buy a house or a car. House and car buyers have little to no bargaining power, and often have to pay for more than the seller’s list or asking price. Actually, gamers who are in the market for the newest Xbox console have it worse because most of the available Series X and Series S consoles are offered at twice the list price or more, especially for the more powerful Series X. The same supply-and-demand forces are effecting gamers looking for the latest PlayStation deals for PlayStation 5 gaming consoles.

Officially, Microsoft and its authorized retailers sell Xbox Series X and Series S console at list prices — $500 for the Series X and $300 for the Series S. That’s a fact, but there’s a twist. Since Microsoft launched the new video game consoles last November, shipments have usually sold out in minutes. Gaming forums recently suggested the supply-and-demand imbalance may be easing because, in some cases, big-box retailers such as Best Buy and Target are able to keep the Series X and Series S in stock for a couple of hours. You can take your chances on finding a Series X or Series S console at list price today, but you’ll be competing with multitudes of other buyers, many of whom set product availability alerts when the consoles are in stock.

Microsoft has a second way to buy Series X or Series S consoles in addition to outright console purchases. If you sign up for a 24-month subscription to Xbox All Access, you get a Series X or Series S console plus the Xbox Game Pass Ultimate. Game Pass Ultimate includes a library of more than 100 games, including online multiplayer games and EA Play, a second library of Electronic Arts titles. In addition, with Xbox Game Pass Ultimate, you can play Xbox Game Studios games immediately after release, plus you can play Xbox games on compatible smartphones or tablets. The Xbox All Access subscription for the Series X console costs $35 a month for 24 months, and the Series S All Access subscription is $25 a month.

If you want to purchase an Xbox Series X or Series S console immediately, you may have to buy one of the price-inflated deals. We found Series X consoles on Amazon, for example, for $1,099 and $1,149, more than twice the $500 list price. Xbox Series S consoles have similar markups. Resellers barely sweeten the pot by throwing in a second Xbox wireless game controller, an extra HDMI cable, a USB memory thumb drive, or an inexpensive water bottle.


Play like a pro with the Elite Series 2 controller, which features interchangeable thumbstick and paddle shapes, up to 40 hours of rechargeable battery life, and limitless customization options.

Discount with coupon on page


This bundle includes a Microsoft Series S console, a wireless controller, and a USB-C adapter.


The Xbox Wireless Controller in Carbon Black features sculpted surfaces and refined geometry, so you can experience extreme comfort while gaming.

What is the Xbox Series X?

Microsoft’s Xbox Series X is the more powerful of the two latest versions of the gaming powerhouse’s consoles. The Series X has an eight-core AMD Custom Zen 2 CPU running at 3.8GHz, an AMD custom RDNA2 graphics processing unit that runs 1.825GHz, and 12GB of RAM. A 1TB solid-state drive is standard, as is a 4K UHD Blu-Ray optical drive. The Series X outputs up to 8K video and ships with a 4th-generation Xbox wireless controller and an UltraHDMI cable. Of the two new consoles, the Series X is the only one that plays game media.

Theoretically, the Xbox Series X sells for $500, although availability is very tight, and resellers often list new units for more than twice the list price. You can also sign up for a 24-month Xbox All Access subscription that includes an Xbox Series X console and the Xbox Game Pass Ultimate for $35 a month. If you don’t want the more powerful of the latest Xbox console with no compromises, the Xbox Series X is your choice.

What is the Xbox Series S?

The Microsoft Xbox Series S plays all the games and other content you can play on the Series X, only slower. The Series S is slightly down-specced from the Series X, with a slower CPU and GPS, a bit less memory, half the storage space, support for 4K video max, and no optical drive. The Series S can stream content for games but cannot play hard media you already own or buy.

The Series S console lists for $300, or you can buy it with a 24-month, $25-per-month Xbox All Access subscription. The Xbox Series S console is a lower-priced choice for players who don’t want to spend $500 on a game console or who are more casual about their gameplay. With the current shortage of available Xbox consoles, you’ll probably have to pay close to $500 to buy a Series S console anyway, unless you luck out by finding one during the brief availability windows when a new shipment arrives at a retail store or website.

Should you get an Xbox Series X or Series S console?

In a head-to-head evaluation of the Xbox Series X and Series S, Digital Trends praised the Series X for its “cutting-edge gaming experience from Microsoft, delivering games in resolutions up to 8K in a compact, minimal form factor.” The same evaluation pointed out the Series S price point allows more players to get into the Xbox world without breaking their budgets.

So, which should you buy? Assuming you could actually buy both consoles, the extra $200 list price cost of the Xbox Series X is totally worth it. The Series X console is more powerful than the Series S overall, including a faster CPU, 8K video supported compared to the Series S 4K limit, more memory, and twice the SSD storage. In addition, the Series X console has a 4K UHD Blu-Ray optical drive. The drive has two huge advantages: You can play games on physical media, plus you can play Blu-Ray media.

The Series S lets you play all the new Xbox games, so if that’s your sole motivation to buy the latest generation new Xbox console, it makes sense to save the $200. If you want to play games with the most powerful console and the highest video resolution, however, the Xbox Series X is still the smarter choice.