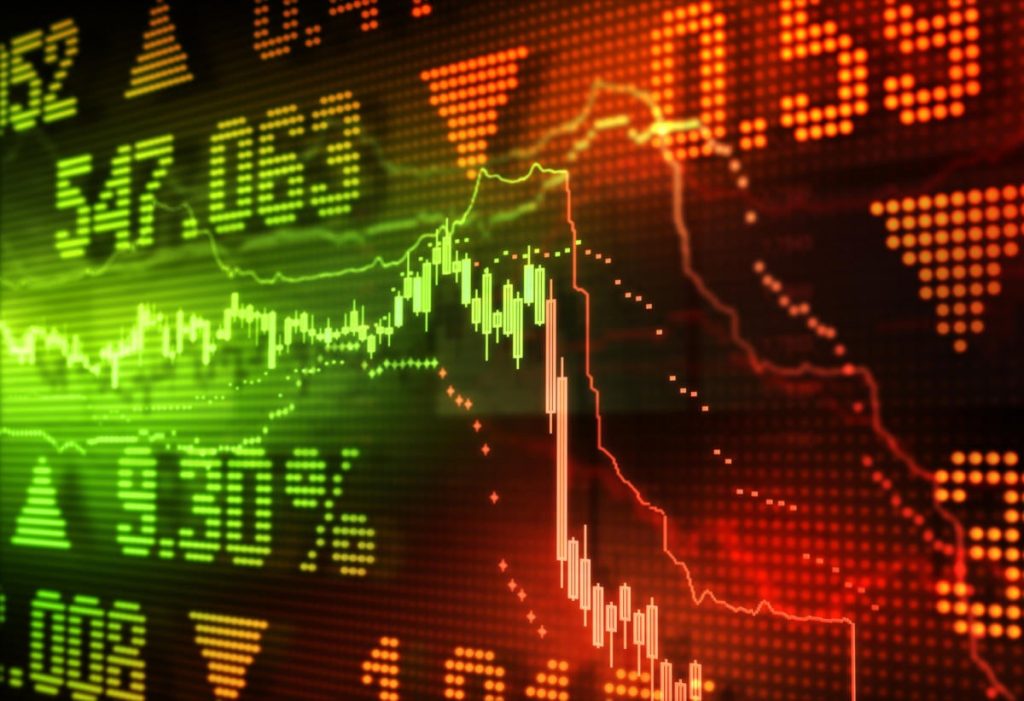 The 2020 calendar year will long be remembered as an annus horribilis for most, except for a handful of technology companies that reaped the rewards of a global shift to remote work with successful initial public offerings (IPOs).

US companies alone raised a record $435 billion in stock sales in 2020, with more than a quarter of that figure coming from IPOs — far outstripping 2014’s mark of $279 billion, according to data compiled by Bloomberg. The vast majority of those new listings defined themselves as technology companies.

Cloud-based software firms like Zoom, Snowflake, Asana, Airbnb, and Palantir all performed particularly well, and continue to see their stock price flourish as remote work and e-commerce continue to be the norm for many into 2021.

The question now is whether this trend will continue through the year. There are a host of companies eying an early debut in 2021 to take advantage of favorable conditions. But, as with all market debuts, timing will be everything, with a number of industry analysts increasingly warning of a bubble.

Here are the biggest technology IPOs of the year so far.

Analytics software company Amplitude debuted on the Nasdaq through a direct listing in September — meaning no new shares were sold — following the lead of collaboration software maker Asana last year. (Both share a major investor: Benchmark Capital.)
Shares in the San Francisco-based company opened at $50 and rose by 9% to close at $54.80, valuing the company at about $7 billion. Amplitude specializes in product analytics, which helps businesses track visitor behavior to their digital products so that they can be measured and optimized. At the time of its IPO, Amplitude counted companies like Ford, Walmart and Atlassian as customers.

Toast, which provides various software products to restaurant owners, including payments processing, successfully floated on the New York Stock Exchange on Sept. 22 at $40 per share, well above its expected range of $34 to $36, valuing the company at $20 billion. Shares continued to rise by as much as 56% on its first day of trading, with an implied valuation of $31 billion.

The Boston, MA-based company, which currently only serves US-based customers, had to ride out a tough pandemic, where it slashed employee numbers and saw transaction volumes plummet.

Enterprise software maker Freshworks saw a strong IPO on Sept. 22, with shares opening at $43.50, 21% above expectations, valuing the company at $12 billion. Prior to trading on the Nasdaq, the company had already upped its initial stock price to $36, above its expected range of $32 to $34.

Founded in India and now based in San Mateo, CA, the Software-as-a-Service (SaaS) firm competes with Salesforce, Zoho, and other smaller players in the CRM, HR, marketing, and IT service management space. It primarily counts smaller businesses as customers, which at the time of its IPO included Bridgestone, Blue Nile, and UK broadcaster ITV.

Software consultancy Thoughtworks had a strong IPO in September, when shares rose 24% on its Nasdaq debut. The stock opened at $26, well above its expected range of $18 to $20, valuing the company at nearly $9 billion.

Founded in Chicago in 1993, Thoughtworks was a contributor to the growing popularity of agile methodologies in software development thanks to employees like Martin Fowler and Jim Highsmith. It counts companies such as Kroger, Daimler, and PayPal as customers.

Identity software maker ForgeRock had a solid debut when it listed on the New York Stock Exchange on Sept. 16, with shares rising by as much as 46%.

The San Francisco-based company saw its shares list at $25, which was above its expected range of $21 to $24, before closing at $36.50. That places the company’s value at just shy of $3 billion.

NoSQL database specialist Couchbase saw its stock price jump by as much as 39% on its July 22 market debut, valuing the company at more than $1 billion. Initially priced at $24 a share on the Nasdaq exchange, stock in the company jumped to $33.25 a share on its first day of trading, up 38.5%, before settling closer to $30 at the end of the day.

Couchbase provides managed NoSQL database services and competes with the likes of Oracle and MongoDB, which had its own blockbuster IPO in 2017 and now boasts a market cap value of $23 billion.

UK fintech success story Wise floated on the London Stock Exchange on July 7 as a direct listing —meaning no new shares were sold — at a starting price of £8 ($11) per share before rising 10% to £8.88 during its first day of trading. That put the company’s value at £8 billion ($11 billion) making it the biggest ever tech float on the LSE.

Founded by two Estonians and formerly known as TransferWise, the fintech firm is best known for its online international money transfer and cross border payments services.

Cybersecurity firm SentinelOne closed its June 30 debut on the New York Stock Exchange up 20% at $42.50 per share, well above its expected range of $31 to $32 per share — valuing the company at $10 billion. That far surpassed rival firm CrowdStrike’s blockbuster $6.7 billion debut in 2019.

Founded in Israel and now based in California, SentinelOne specializes in endpoint security, using machine learning techniques to combat cyberattacks under its Singularity platform product. It competes with the likes of UK-based Darktrace, which also floated this year, and CrowdStrike.

SentinelOne had raised $267 million on a $3.1 billion valuation just last November, but still runs at a loss, posting a net loss of $64 million in the last quarter.

The Mountain View, CA-based company provides customers with an enterprise version of the popular open source Kafka streaming data platform. The technology is used by retailers, automotive makers, banks, and other enterprises to gain faster insights into their business than traditional “data at rest” analytical approaches, and by app developers as a way to power performant event-driven applications.

Customer experience software maker Sprinklr priced its shares at $16 at its IPO in June, below its target range of $18 to $20, valuing the company at $4 billion.

Best known for its social media management, advertising, and content marketing tools, Sprinklr counts some of the biggest brands in the world as clients. It had revenues of $387 million for the latest financial year at a net loss of $41 million.

Israeli workplace management software maker Monday.com floated on the Nasdaq on June 10 at $155 a share, rising to $174 on the first day of trading. That puts the company value at $7.6 billion.

The cloud-based platform allows companies to create customizable project management tools and competes with the likes to Trello and Asana, the latter of which had a market cap of $10 billion at the time of the IPO.

Online job search engine ZipRecruiter floated via a direct listing on the New York Stock Exchange in May, with stock jumping 17% to $21 a share, valuing the company at $2.4 billion.

Website builder Squarespace floated on the New York Stock exchange via a direct listing in May, with the stock falling 13% on debut to $43.65 per share, valuing the company at $6.4 billion — well below expectations.

Founded in 2003 by Anthony Casalena as a blog out of his University of Maryland dorm room, the website building and hosting firm is well known to podcast listeners everywhere as its ads became ubiquitous with the medium. The company has also been consistently profitable, pulling in a net income of $30.6 million in the last financial year.

The rumors were true. EQT, the Swedish-based private equity firm, spun out the Linux distributor SUSE in a May IPO on the Frankfurt exchange. The debut itself was fairly muted, with the stock climbing just above its €30 issue price, valuing the company at €5 billion ($6.1 billion).

Having established itself as an enterprise Linux specialist, SUSE has evolved with the times, now focusing on helping customers navigate the container era, a shift which culminated with the acquisition of Kubernetes specialist Rancher Labs in July 2020.

UK cybersecurity company Darktrace floated on the London Stock Exchange on Apri 30l, with shares rising by as much as 43% to £3.58 on the first day of trading. That’s up from its guide price of £2.50, giving the company a value of around £2.4 billion.

Founded in 2013 by a group of mathematicians and ex-Intelligence agents, the Cambridge-based firm uses machine learning techniques to analyze enterprise data to help detect and respond to cyber security threats. It generated revenue of almost $200 million in revenue in its latest financial year, running a small profit of $9 million.

Darktrace is also still grappling with an association with founding investor Mike Lynch, who faces extradition to the US over charges of fraud related to Hewlett-Packard’s $11 billion acquisition of his company Autonomy.

The cybersecurity company followed in the footsteps of Trustpilot and PensionBee in recent solid tech floats on the London exchange, all of which fared better than food delivery company Deliveroo, which had a disastrous debut.

UK-based Fintech company PensionBee successfully floated on the London Stock Exchange on April 21, pricing shares at £1.65, somewhere in the middle of its pre-IPO range of £1.55-£1.75. That put the company’s value at £365 million.

The core PensionBee product allows customers to consolidate various pensions into a single plan, accessible through web and mobile apps.

Founded in Romania in 2005, UiPath specializes in Robotic Process Automation (RPA) software, which promises to do away with repetitive menial tasks to free up employee time. Customers include the likes of Cleveland Clinic, which used UiPath software to register patients attending COVID-19 testing sites and automatically print labels.

UiPath has quickly rising revenues, at $608 million for the last financial year, running at a narrowing net loss of $92 million, down from $519.9 million in 2019.

Coinbase, the company behind the popular cryptocurrency exchange, floated on the Nasdaq on April 14, with shares jumping by as much as 71% on debut, up from its reference price of $250. The stock closed its first day at $328.28, valuing the company at $85.8 billion; that’s more than double the market cap of Swiss mining giant Glencore or America’s oldest bank BNY Mellon.

Coinbase opted for a direct listing instead of a traditional IPO, where no new shares are created and no underwriters are involved — that route has proved popular in the past with tech companies like Spotify, Slack, and Palantir.

Based in San Francisco, Coinbase has 6 million monthly active users who trade cryptocurrencies like Bitcoin and Ethereum on its platform. The company garnered headlines in 2020 when CEO Brian Armstrong published a controversial blog post banning employees from discussing or engaging with social or political causes. This week, he became one of America’s richest entrepreneurs.

Coinbase made $1.3 billion in revenue in its last financial year — up from $534 million the previous year — turning a profit of $322 million in 2020 after losing $30 million in 2019, according to a filing with US securities regulators.

Online learning platform Coursera debuted on the New York Stock Exchange on March 31, closing at $45 which was up 36% from its debut price, valuing the company at $5.9 billion.

Founded in 2012 by former two computer science professors, Coursera has become a leader in online learning, a market which boomed during the COVID-19 pandemic.

DigitalOcean had a disappointing float on the New York Stock Exchange on March 24, with its stock sinking 9.6% on its first day. The New York-based cloud firm initially priced its IPO at $47, which was on the top end of the expected range of $44 to $47. It closed its first day at $42.50 a share, valuing the company at $4.5 billion.

DigitalOcean promises a simple platform for software developers to quickly spin up and host applications in the cloud on virtual private servers (VPS); it competes with the big cloud providers like AWS, Microsoft Azure, Google Cloud, and other Platform as a Service providers such as Heroku, a Salesforce company, and VPS vendors like Linode.

Like many tech companies at IPO, DigitalOcean is not profitable, having registered a net loss of $44 million on revenue of $318 million in 2020.