Clubhouse, Vimeo, DoubleVerify and others set to sign up to beefed-up disinformation code in the EU – TechCrunch 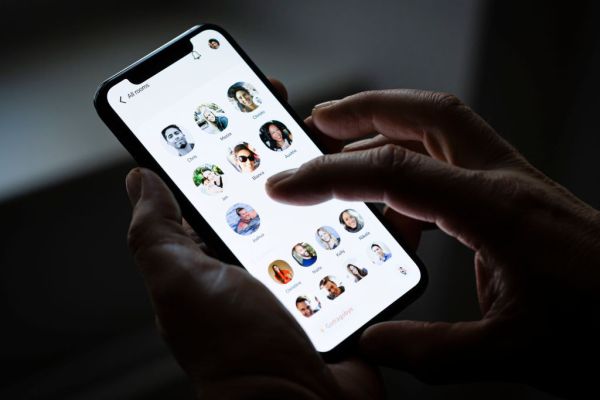 Audio social network Clubhouse, video sharing platform Vimeo and anti-ad fraud startup DoubleVerify are among a clutch of tech companies and organzations preparing to sign up to a beefed-up version of the European Union’s Code of Practice on Online Disinformation, the Commission said today.

Back in May the EU’s executive said it would be strengthening the (still) voluntary code which is aimed at driving joined-up industry action to counter the spread of harmful disinformation online.

It called on smaller digital services and adtech firms to sign up — saying it particularly wanted broader participation, not just the usual platform giants (some of whom were among the first group of signatories).

Facebook, Google, Twitter and Mozilla were among the first clutch of tech platforms to sign up to the EU disinformation code back in 2018, while TikTok joined last summer.

Eight newbies are said to be preparing to agree to the beefed-up code now.

In addition to the three aforementioned startups, the Commission said organisations that provide specific expertise and technical solutions to fight disinformation, such as Avaaz, Globsec, Logically, NewsGuard and WhoTargetsMe, are also preparing to join.

“Substantial additional efforts are needed to reduce the flow of harmful disinformation, as illustrated by recent electoral campaigns and by the signatories’ reports on the COVID-19 disinformation monitoring program,” the EC writes in a press release.

Among the shortcomings the Commission has said it wants the revised code to address are: Inconsistent and incomplete application of the Code across platforms and Member States; gaps in the coverage of the Code’s commitments; a lack of appropriate monitoring mechanism, including key performance indicators; a lack of commitments on access to platforms’ data for research on disinformation; and limited participation from stakeholders, in particular from the advertising sector.

While the intention is to beef up the code, it will remain self-regulated. So whether it will become a “strong EU instrument”, as the Commission puts it — without having any real legal teeth — remains to be seen.

For large internet platforms there will be, if not literal fangs then some threatening growling as compliance with the beefed-up code will be taken into consideration under wider, incoming digital regulations — aka, the bloc’s Digital Services Act — which seeks to increase internet companies’ accountability across a number of areas.

And if self-regulation still fails to move the needle on harmful online disinformation like bogus information about COVID-19 vaccines or election interference the Commission could still propose legislation. However it seems reluctant to do that in such a subjective and controversial area given the risks of being accused of censoring free speech.

Pan-EU rules for political ads transparency are slated for introduction next year, in one targeted piece of planned legislation.

In a statement on the eight new “prospective signatories”, who have joined in the revision process as a beefed-up version of the disinformation code is drafted, Věra Jourová, the VP for values and transparency, said: “I am pleased to see new actors from relevant sectors answering our call and engaging in the overhaul of the Code of Practice. I encourage others, including platforms, messaging services and actors in the online advertising ecosystem, to join as soon as possible to co-shape the process.”

“The strengthened Code cannot fall short of the expectations we have set out in our Guidance from May,” she added. “Online players have a special responsibility regarding spreading and monetising disinformation. They must become more transparent, accountable and safe by design.”

Thierry Breton, the EU commissioner for the internal market, added: “I welcome the fact that more and more online platforms, technology providers, civil society and expert organisations are formally committing to fighting disinformation. The private sector should be ambitious and anticipate the new EU rules on digital services (DSA). Now is the time to show they walk the talk.”