eFootball 2022 will get better promises Konami in apology letter 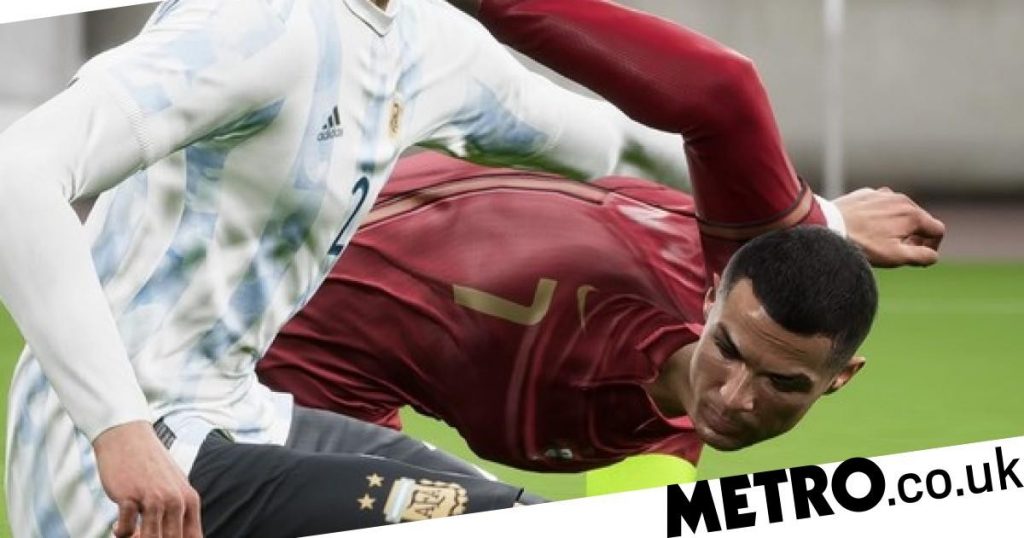 Following near universal criticism and mockery, Konami apologises for the current state of eFootball 2022 and swears it will improve in time.

The FIFA series is easily the most dominant football simulator out there. So, the fact that Konami wanted to release free-to-play eFootball 2022 (the successor to Pro Evolution Soccer) around the exact same time as FIFA 22 suggested that they were very confident in their product.

It’s only been a day and people have been talking non-stop about eFootball 2022, but for all the wrong reasons. Missing features, poor visuals, and a bevy of bugs have led to it becoming the internet’s newest punching bag. It even currently sits as the worst rated game of all time on Steam.

Konami’s plan was always to build upon the game as time went on, but it has now apologised for the state it’s in at launch and doubled down on its promises to improve in the future.

‘After the release of eFootball 2022, we have received lots of feedback and requests regarding game balance that includes pass speed and defence operation,’ reads a Twitter statement.

‘We would also like to acknowledge that there have been reports of problems users have experienced with cut scenes, facial expressions, movements of players, and the behaviour of the ball.

‘We are very sorry for the problems and want to assure everyone we will take all concerns seriously and strive to improve the current situation.’

The game’s first update doesn’t have a date yet, but Konami is aiming to have it out later this month and will begin preparing for it next week.

So, have eFootball 2022’s chances to become a worthy alternative to FIFA already been sunk thanks to its launch? Not necessarily. Konami does have a lot of extra work to do to curry favour again, but it’s not impossible for eFootball to completely turn things around.

Take No Man’s Sky for example. That game was ridiculed upon launch but, several years and a bunch of updates later, it is generally considered a far more enjoyable game and one worth trying out.

Unlike FIFA you don’t need to pay to play eFootball 2022, since it’s completely free and doesn’t even have any microtransactions yet. Had it been sold at £60, the outcry would likely have been far more devastating.

But Konami doesn’t have five years to fix things and, if rumours are to be believed, the FIFA series will be going free-to-play with next year’s game that could take away eFootball 2022’s one advantage.