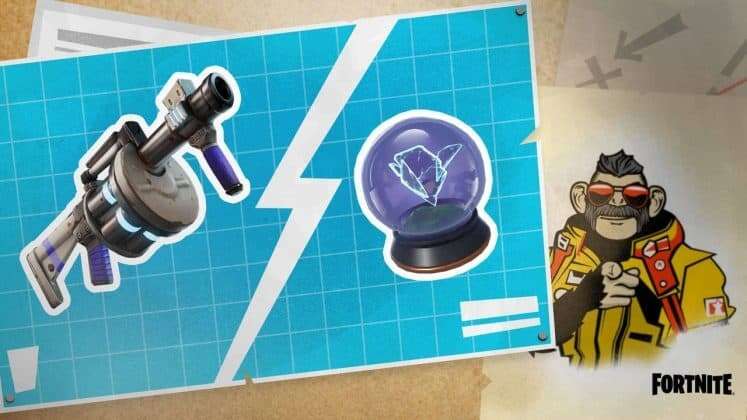 The Shockwave Launcher has returned to Fortnite following an in-game poll which saw the weapon earn the majority of fan support over the Rift-To-Go. It’s the first such fan vote of its kind, but more will be coming throughout the whole season, so save some gold bars for what’s next.

The Shockwave Launcher won the fan vote easily, with over 70% of votes across several weeks of in-game voting. Players can contribute their gold bars to the War Effort all season and decide which weapons and items will be unvaulted in Season 8. As of now, the Shockwave Launcher can be found in regular chests, Cosmic Chests, and Supply Drops.

The fan-favorite weapon fires long-range Shockwave Grenades, giving them more air than the typically thrown Shockwave Grenades themselves. When they land, Shockwave Grenades result in an area-of-effect attack that will thrust players away from the blast depending on their positioning, though it also protects those players from fall damage, so it’s mostly used as a disruption, not to inflict damage. Clever players are known to use it to fling opponents back into the storm, or even shoot it behind their own feet so they can be thrust forward to quickly scale builds or escape danger.

Within the storyline, these unvaulting efforts are led by Season 8 battle pass hero J.B. Chimpanski, the space-faring ape who is determined to push back the threat of the cubes. Earlier this season, players’ contributions resulted in additional AA guns being built around the island, and Epic promises more fan-driven unvaultings all season long.

For everything new to Fortnite this week, check out the 18.10 patch notes, which included a much-needed XP buff.