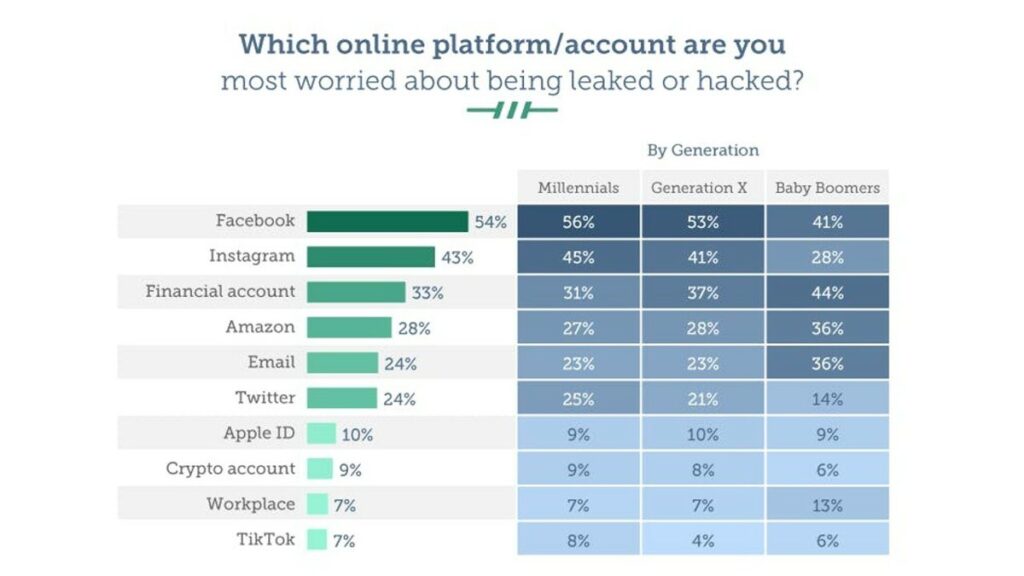 According to HaveIBeenPwned.com, a website that tracks data breaches around the world, 11.5 billion online accounts have been affected by breaches since 2007. But which online accounts are people worried about the most?

RouterNetwork surveyed 1,007 Americans and found that 54% were worried about their Facebook accounts, the highest percentage of any service. It’s followed by Instagram (43%), financial accounts (33%), Amazon (28%), and email (24%). Broken down by generation, it becomes clear that younger people worry more about their social media accounts than bank accounts or work accounts. 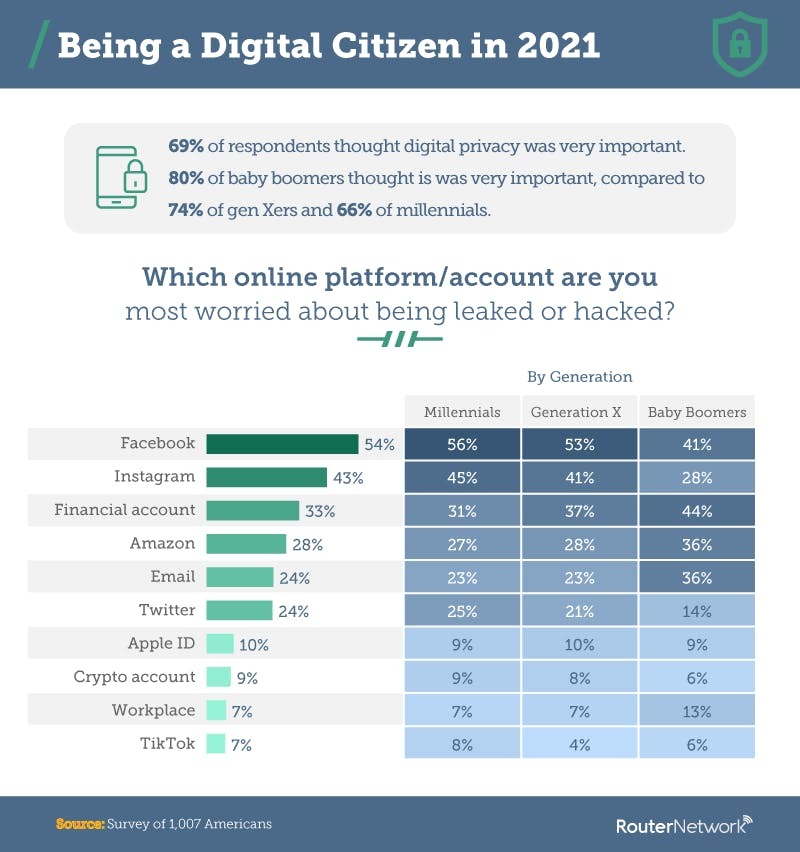 It’s easy to conclude that young people care less about their personal financial data and more about their social media presence, but maybe that’s not really what’s happening—31% of millennials are still worried about their bank accounts, while 41% of boomers are also worried about their Facebook accounts. It should also be noted that Facebook has had the most users affected—2.2 billion—by breaches over the last 20 years, which may account for some of the concern. 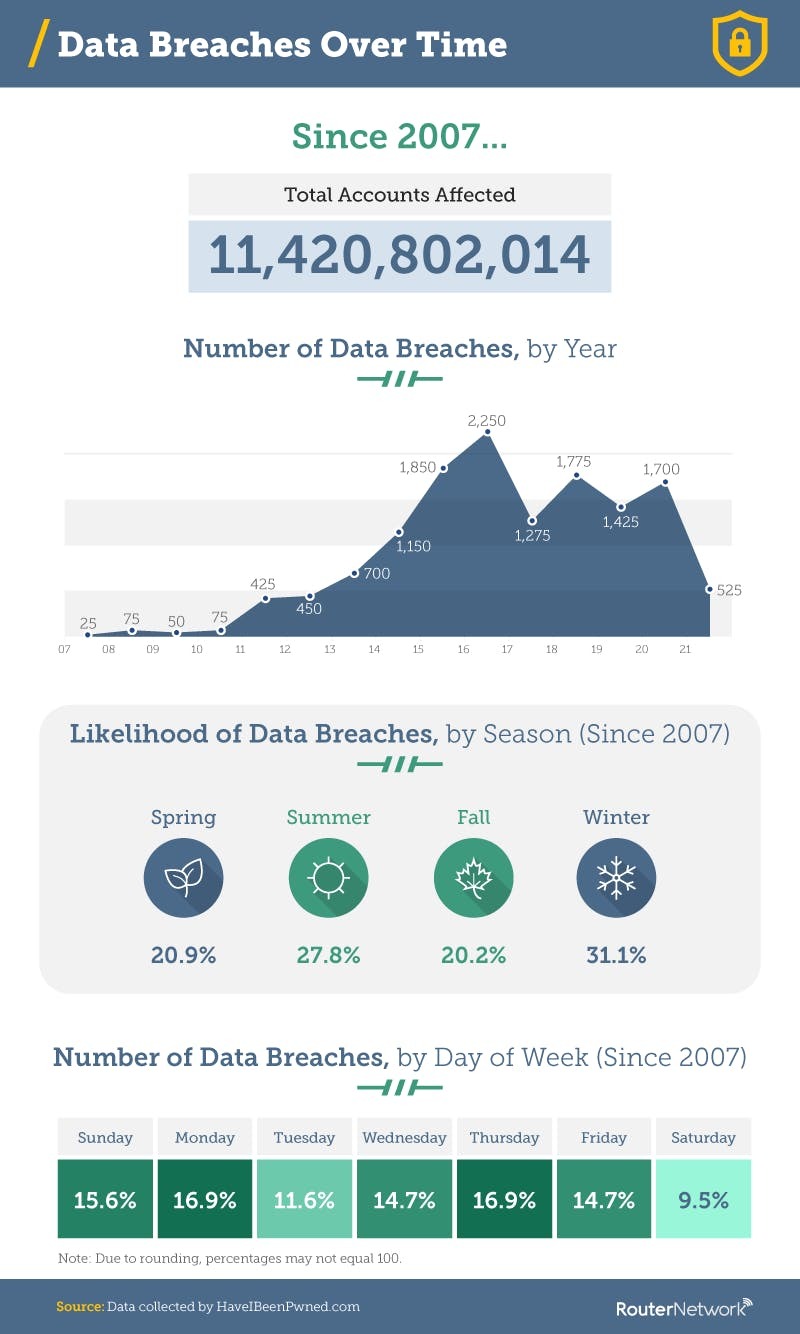 The RouterNetwork survey found that 63% of respondents were involved in a previous breach, and another 8% weren’t sure if they had been affected. Add to that 64% of respondents thinking their data is likely to be leaked in the future, and it’s easy to see how social media users would worry about their Facebook data, even if it’s not the most “important” data.

While you can’t prevent a data breach from happening, you can take actions when your data has been exposed. In the interim, you can work on making your data more secure.