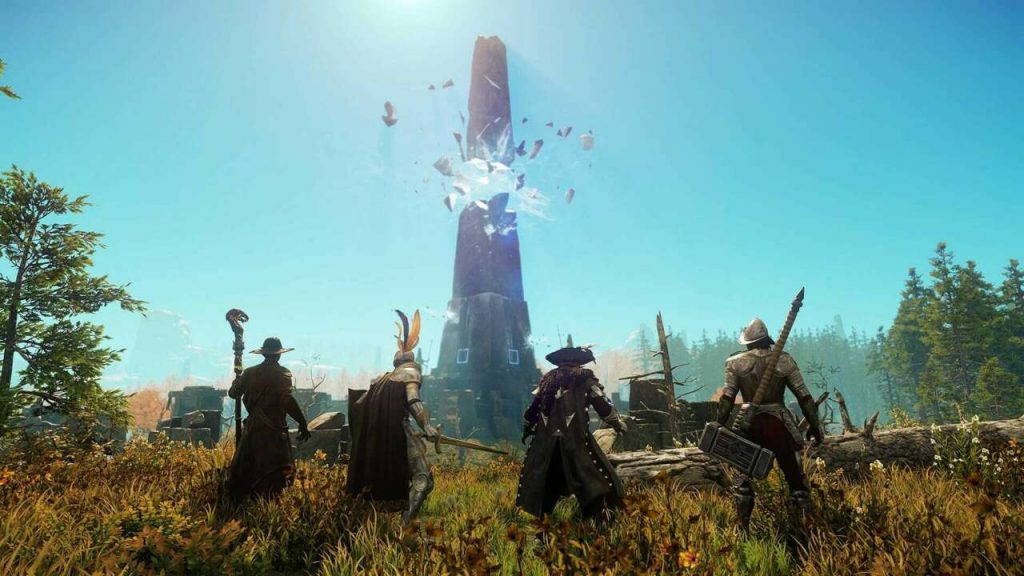 As is to be expected from an MMO, players have a lot of ground to cover in Amazon’s New World. There are no mounts or flight paths in Aeternum, however, meaning players will have to travel on foot almost anywhere they want to go. That can be more than a little time-consuming, but there are, thankfully, a few ways players can speed up the travel process. Below is some detailed information on how fast travel works in New World, as well as other ways you can improve your speed and mobility as you move around Aeternum.

In New World, you can fast travel from settlement to settlement, for a cost. Spirit Shrines, which are scattered throughout the wilderness of Aeternum, can also be fast traveled to. But there are a few caveats. Here’s how fast travel works in New World:

Fast traveling with abandon will quickly deplete your Azoth supplies, so it’s best to only fast travel when you absolutely need to (or just can’t stand the thought of walking for another 20 minutes).

Similar to how fast travel works, you can recall yourself to your home inn once per hour. To register an inn as a recall location, you simply need to talk to the innkeeper at whichever settlement you want to return to and register as a guest. Inn recall can be used anywhere as long as it’s off cooldown. It does, however, take a bit of time to cast the recall spell, so it’s best not to use it when in immediate danger.

It sounds counterintuitive, but sometimes simply dying can be a way to more quickly navigate Aeternum. Normally, if you die out in the wilderness, you will respawn at your camp. However, if that camp is more than 500m away, you will instead be able to respawn at the nearest town. This can be useful in certain circumstances, though it’s best not to use this method too often. Dying in New World damages the durability of all items in your bags (excluding resource gathering tools), and doing so too frequently means you will have to spend money and repair parts to fix your gear. It’s not too expensive early on, but as you level up and get better items, the cost does increase.

It’s not exactly the equivalent of a mount, but there are a few movement speed-enhancing abilities to be found in the Weapon Mastery skill trees of various weapons. Most aren’t particularly useful for simply running from place to place, but two, in particular, do stand out for those who are looking for any kind of advantage. The first is the musket’s Hustle passive ability, found in the Trapper skill tree. This ability grants players a 10% speed boost for three seconds after performing a roll or dodge. It’s not much, but it can be useful, and only requires investing three skill points.

The main movement-enhancing weapon in the game, and one almost every player will at least want to have in their bag, is the hatchet. The weapon’s Berserk Weapon Mastery skill, when used in conjunction with the passive ability On the Hunt, gives you a 20% speed boost for 12 seconds. Requiring only a two skill point investment, this will be the main way you increase your travel speed while running from place to place. It’s also incredibly handy in both PvE and PvP for fleeing from hostile mobs or players.