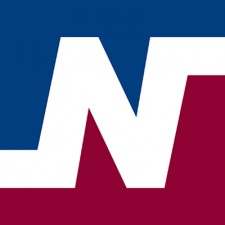 Following a successful launch in 2019 and 2020, Next Games is starting up its second Game Developer Academy on October 4th 2021.

This is a six month program for both students and more experienced programmers looking to get into the games industry.

It cover several areas of game development, such as building games from scratch in Unity and making updates to live games.

Following nearly 180 applications – a hundred more than in the previous program – eight new students have now been chosen, with the potential prospect of becoming Next Games employees in the future.

Four students from the first program are now full-time employees and are now ‘some of our most valued colleagues’, according to Joonas Laakso, Chief People & Culture Officer at Next Games.

The curriculum begins with a two-month period of lectures and studies. Then, for the next four months, students get to work hands-on within Next Games’ teams across several projects.

Students of the academy are also paid an entry-level salary.

Positions in game development are opening up all over the world for versatile game designers and developers. While the years ahead look promising for those interested in the field, the industry is battling with an acute shortage of game developers.

“There is a high barrier to enter the games industry, and we have recognised this as a real issue,” says Laakso.

“Our Academy lowers this barrier and creates opportunities to enter the industry and learn the tricks hands-on, in real game projects.”

There is a high barrier to enter the games industry, and we have recognised this as a real issue.

According to Laakso, “One of the main obstacles is the gap between schools and the workplace. Skills required in the workplace can’t always be learned at school, so this is why our academy is so important.”

There’s also a lack of applicants looking to enter the industry, which Laakso suspects is attributed to perceived high entry requirements. He adds that Next Games’ academy doesn’t require its students to have any educational background or work experience.

“The lack of diversity within the industry is also a large-scale problem, and not just in Finland,” Joonas explains. “In fact, current game development and game programming positions are still offered to a very homogenous talent pool.”

While the typically-used platform Unity is available free of charge to anyone, games companies often have a lot of internal systems that require operating games in a specific way.

“Onboarding programmers to these systems is a lot of work, and much of what the academy is all about,” Laakso expounds. “So not only do we teach the trainees to make games, we also teach them how to make games in a group, using our tools and systems.”