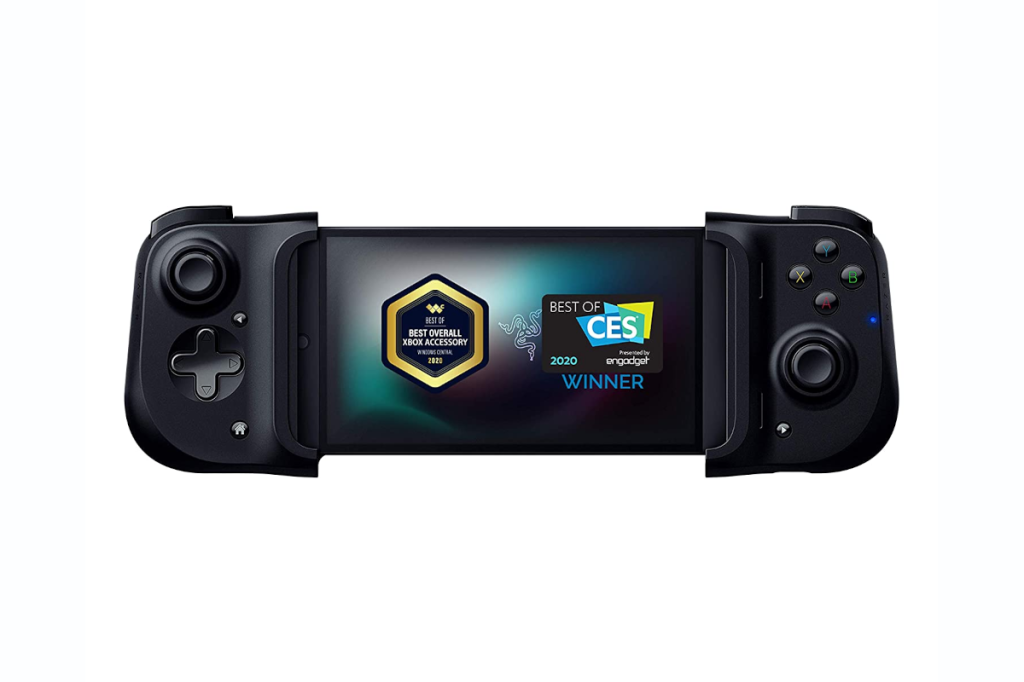 If you’ve ever dreamed of turning your phone into a Switch-like device, but with Xbox or PC games as well as mobile titles, today is your lucky day. Amazon is selling the Razer Kishi Mobile Game Controller for Android for $55, which was up to $70 earlier in the year.

This mobile game controller is compatible with Xbox Cloud Gaming, the streaming service Microsoft runs as part of Xbox Game Pass Ultimate. That means you can play games like Gears 5 and Forza Horizon 4 on your phone with proper gamepad controls while you’re waiting to pick up the kids, or taking that long bus ride into work (just don’t forget your headphones). The Kishi will also work with other remote gaming services such as Google Stadia, Nvidia GeForce Now, and Amazon Luna, as well as traditional mobile games like Fortnite.

The Kishi connects to your phone over USB-C, so if your phone is still rocking microUSB, you’ll have to consider getting something a little newer. Once connected, you have all the controls you’re used to on a console, including thumbsticks, D-Pad, and A, B, X, Y buttons.

If you don’t have an Android phone, the iPhone version of the Kishi is also on sale for $20, and there are Xbox-branded models for Android and iOS. The Kishi is a great way to keep gaming even while on the go.

[Today’s deal: Razer Kishi for Android for $55 on Amazon.]

Ian is an independent writer based in Israel who has never met a tech subject he didn’t like. He primarily covers Windows, PC and gaming hardware, video and music streaming services, social networks, and browsers. When he’s not covering the news he’s working on how-to tips for PC users, or tuning his eGPU setup.