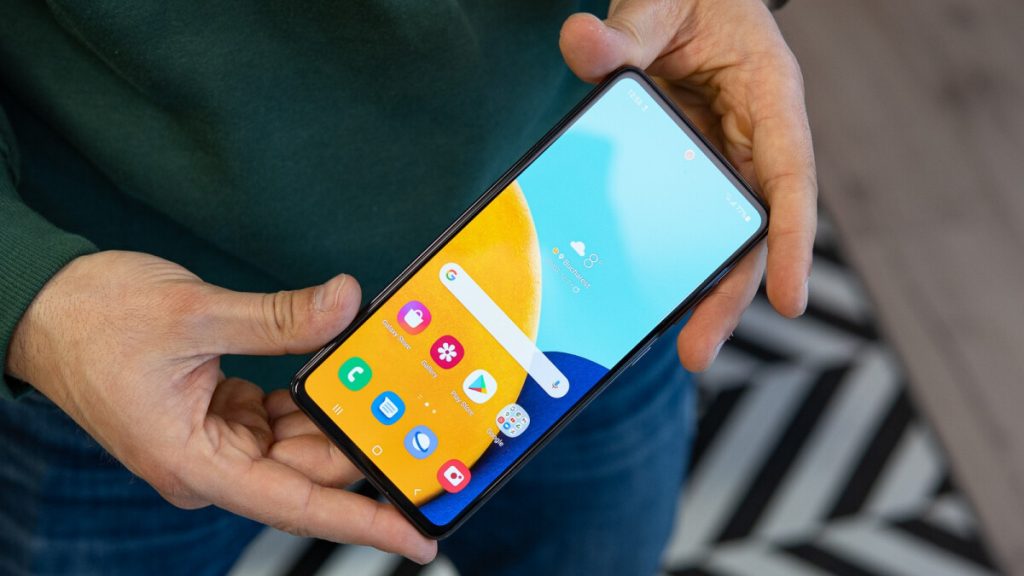 If you’re one of the people who found the Galaxy A52 5G mid-ranger a bit rich for your blood, we have some great news for you today. Originally priced at $500, Samsung‘s current top contender for the title of best budget 5G phone out there is on sale for a cool hundred bucks less than that for an undoubtedly limited time only.

We’re talking about a US-specific factory unlocked variant available in a single black color, and while this excellent Amazon deal is not entirely unprecedented, the nice thing about it is that you can actually buy the 6.5-inch handset for a change.

Listed as “out of stock”, “temporarily unavailable”, or “in stock soon” for a fairly long time, the deeply discounted device is in stock and ready for swift delivery across the nation as we write this, although there’s obviously no way to know if that will still be the case tomorrow, next week, or even in a few hours.

In other words, it might be a good idea to hurry and order the 5G-enabled Galaxy A52 before you’re left waiting for it for weeks and weeks on end, or perhaps even worse, before Amazon jacks up its price closer to the $499.99 MSRP.
While still nowhere near as affordable as something like the $300 OnePlus Nord N10 5G, this Snapdragon 750-powered bad boy is at least cheap enough now to stand out from Samsung’s Galaxy S20 FE 5G, which is routinely available at $100 off its $699.99 list price these days.
Alongside a reasonably fast processor, the Galaxy A52 5G has a silky smooth 120Hz Super AMOLED display going for it, as well as 6 gigs of RAM paired with 128GB internal storage space, microSD support, no less than four rear-facing cameras, a very capable 32MP selfie shooter, hefty 4,500mAh battery with 25W charging technology, IP67 water and dust resistance, and yes, even a good old fashioned headphone jack.
Now we’re obviously not saying this is a better phone than the Galaxy S21 or Z Flip 3, but we’re also not not saying that. Otherwise put, this could definitely prove a better phone for certain people… on certain budgets, also including a 15W charger in the box as standard, which we still cannot believe has become something to be filed under key selling points in 2021.
In case you’re wondering, this matches the biggest discount ever offered on the unlocked A52 5G, beating all other deals available today, including on Samsung’s official US website.
Folks on even tighter budgets can also consider the slightly lower-end Galaxy A42 5G, which has never experienced any inventory problems and is currently available for $50 less than its regular $399.99 price in three different paint jobs.