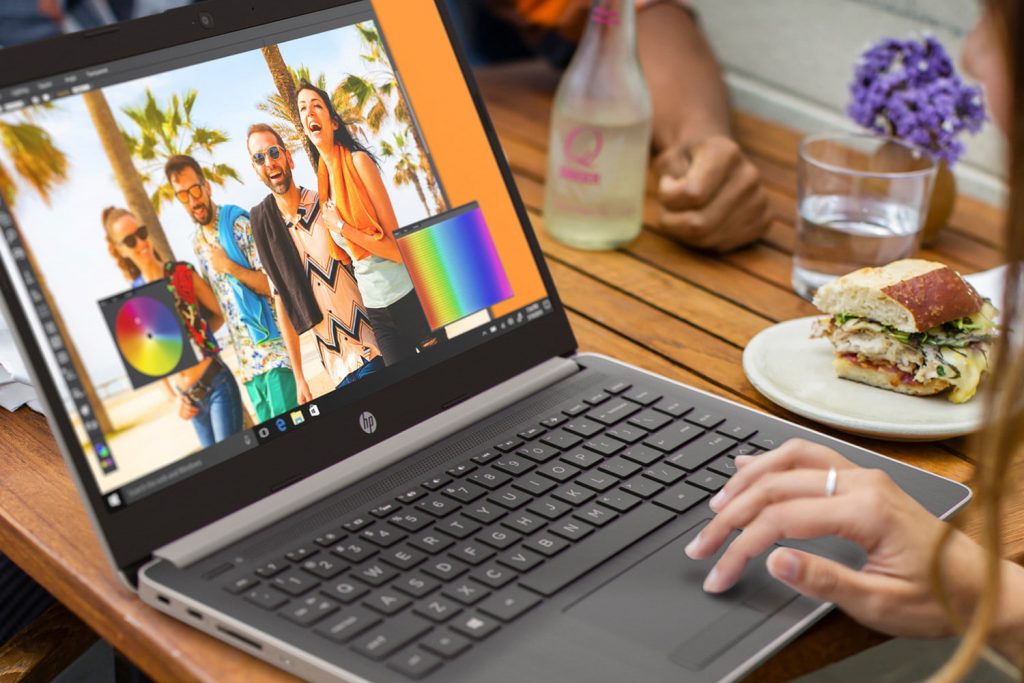 In the fast and fiercely competitive PC market, few names have stood the test of time quite as well as HP has. That’s no mere happenstance: HP played a pivotal role in bringing computers into the homes of millions of people in the ’90s and ’00s, and to this day, the brand is still cranking out some of the best machines you can buy. You’ll find the HP logo on everything from cheap Windows and Chrome OS laptops to cutting-edge 2-in-1 convertibles and beefy gaming systems, so whatever you’re after, HP has something that’s sure to be a good fit. We’re here to help you find it with this hand-picked half-dozen of the best HP laptop deals available this month.

In the wake of 2020, it’s not hard to see why there are so many great cheap laptops featuring the HP logo flying off the shelves with so many people now studying and working from home. This highly affordable HP workhorse combines the speed of a modern AMD Ryzen 3 processor with a 15-inch Full HD screen that’s the perfect size for all-day use if those smaller 11- and 13-inch displays are leaving you feeling boxed in. That CPU works with 4GB of RAM, a nice fast 128GB SSD, and a generous battery life that make it an ideal everyday companion for work, entertainment, and web browsing on the go.

If you’re looking for the sweet spot between price and performance and not interested in paying for bells and whistles you don’t really need, then you can grab this super-cheap HP laptop for just $279 right now.

If you like inexpensive laptops but are willing to trade things like 2-in-1 functionality for a sized-up display, this high-value HP 17 Laptop is perfect. This Windows 10 computer comes with a 17.3-inch Full HD screen, an 11th-gen Core i3 processor, a nice large 512GB SSD, and a full 8GB of DDR4 RAM — a worthy upgrade over the 4GB you often find on cheap PCs. The fact that it’s one of the better 17-inch laptops (a woefully underserved market) out there right now is just icing on the cake.

This cheap HP laptop is perfect for remote work, light gaming, and pretty much all other basic computing needs, and rings in at just $450, making it one of the best plus-sized machines you’re going to find for the money.

When it comes to affordable workhorse computers, HP makes some of the best. This Pavilion x360 2-in-1 is one such cheap HP laptop, but one that punches well above its weight with its Core i5 CPU, 8GB RAM, and a nice fast 256GB SSD. Straightforward specs to be sure, but very good ones for working, studying, web browsing, and general daily use, with the added versatility of its 15.6-inch Full HD display also being a fold-flat touchscreen and its built-in audio engineered by Bang & Olufsen.

This cheap HP laptop deal rings in at $550 after a nice discount — not a bad price at all for a modern 2-in-1 with specs like these.

HP is most well-known for its work-focused laptops for students and professionals, but it makes some pretty solid gaming PCs as well. The 15-inch HP Pavilion is a solid example of what modern gaming laptops have to offer, and this one delivers plenty of juice for gaming with its Ryzen 5 CPU, Nvidia GeForce GTX 1650 graphics card (a very solid modern GPU for 1080p gaming), and 8GB RAM.

On top of that, you also get a 256GB SSD for your games and other software, and the 15.6-inch 1080p IPS display is perfect for both gaming and all-day use. You can grab this fast HP laptop for just $650 (well below the $1,000 mark), making it one of the best gaming laptop deals to be had for less than a grand right now.

Many sub-$1,000 gaming laptops make a lot of compromises, a situation often made worse by lackluster build quality. That can be a problem with some PCs, but not this one: The new HP Victus 16 Laptop is about the best notebook you can find with hardware like this for less than a grand, not to mention one that’s still suitable for working and gaming on comfortably. It comes with some very nice specs that are not usually seen at this price point: For starters, it’s packing a hexa-core Ryzen 5 processor, a full 8GB of RAM, and a nice snappy 512GB SSD.

But where this PC really shines is its GeForce RTX 3050 GPU paired with a 16.1-inch IPS 144Hz display, which is an excellent combo for enjoying modern games. This is a solid cheap HP laptop for work, gaming, streaming, and general everyday use, and you can grab it on sale right now for $940.

These premium laptops can get pricey, though, but this 4K 2-in-1 is an solid value at a price that fits within our budget — and with a 10th-gen Intel Core i5 CPU, 8GB RAM, and a 256GB SSD, it’ll last you for years to come. It’s one of the few professional-grade ultrabooks you’ll find for around a grand, too, with ongoing HP laptop deals bringing this unit in right at $990 — right below our budget limit. Not bad for a Ultra HD convertible that normally goes for $1,400-plus.

How to choose an HP laptop

HP’s lineup of computers is extensive, and its laptops alone offer enough variety to make your head spin. Despite being a decades-old brand, though, it has definitely kept up with the times: Today, HP makes everything from modern Chromebooks to sleek 2-in-1 ultrabooks to beefy gaming machines, and no matter your needs or budget, chances are good that there’s an HP laptop deal waiting for you.

Laptops can more or less be broken down into three categories: Traditional laptops, 2-in-1s, and gaming laptops, all of which can be found in most price brackets. After deciding which you want and determining how much you’re willing to spend (something you probably already have a good idea of), it’s time to start looking at what features you want — as well as what to expect from a cheap HP laptop that’s within your chosen price range.

These features include things like screen size and resolution, hard drive type (SSD or HDD) and capacity, and hardware (such as how much RAM you need, or whether you want a discrete graphics card that can handle gaming). More features and better hardware come with a higher price tag, of course, but if you know what you want ahead of time and set realistic expectations, you’ll end up happy with your purchase. To make things easier, here are a few things to keep in mind:

Do HP laptops have Bluetooth?

Bluetooth is a wireless standard that is ubiquitous nowadays. Your phone almost certainly has Bluetooth capability, and virtually all modern tablets and laptops, including HP laptops, pack this connectivity. Bluetooth allows you to pair your computer or another device to peripherals such as wireless headphones or speakers (to name the two most popular examples), but if you’re picky about being on the latest standard, then you’ll want to look closely at the specs of the PC you’ve got your eye on to make sure it’s not outdated — something you run the risk of if you’re looking at the cheapest of the cheap HP laptop deals out there.

Are HP laptops good for gaming?

Any Windows laptop can run games, but that doesn’t mean that any computer can run any game. For playing modern games at good settings, you need a laptop with a dedicated (or “discrete”) graphics card. These GPUs act almost like a second CPU for your PC, but one that is fully dedicated to handling resource-heavy graphical tasks. That usually means gaming, but also applies to jobs like video rendering.

You’ll also want a good modern CPU, ideally a ninth- or 10th-generation Intel Core processor or one of the newer AMD Ryzen processors. Many HP laptops (and even many other cheap gaming laptops you can find today) come loaded with this sort of hardware and HP also makes a number of PCs dedicated to gaming in its Pavilion and Omen lines, so you’ve got a few options if you’re looking for a beefier machine for both work and play.

Microsoft Word, being a component of the Microsoft Office suite, is paid software, and HP laptops do not include this for free. However, many do come with an Office trial, and you may even be able to get Microsoft Office for free through your school or workplace (and if not, consider looking around for a good Microsoft Office deal to save some money). If all you need is a basic word processor, Windows still includes the classic WordPad text editor, and you can also check out the free Microsoft Office alternatives.

Electronics and water typically don’t mix very well, and laptops (from HP or any brand) are no different. Although you can often rescue a laptop from a spill on the keyboard, no consumer-grade PC is fully waterproof or even what you would consider water-resistant. Even Apple MacBooks, despite some persistent rumors, are not waterproof. If you’re concerned about that, however, then you may want to invest in a waterproof cover or bag that can keep your HP laptop safe.

Do HP laptops have HDMI ports?

The vast majority of modern computers come with ports for an HDMI cable, which is the current standard for A/V connectivity (DisplayPort is also popular, although more commonly used for desktops rather than laptops). HDMI is a connection that transmits high-definition audio and video signals along a single cable, and pretty much all HP laptops feature an HDMI port which allows you to connect your computer to an external display if you want to.