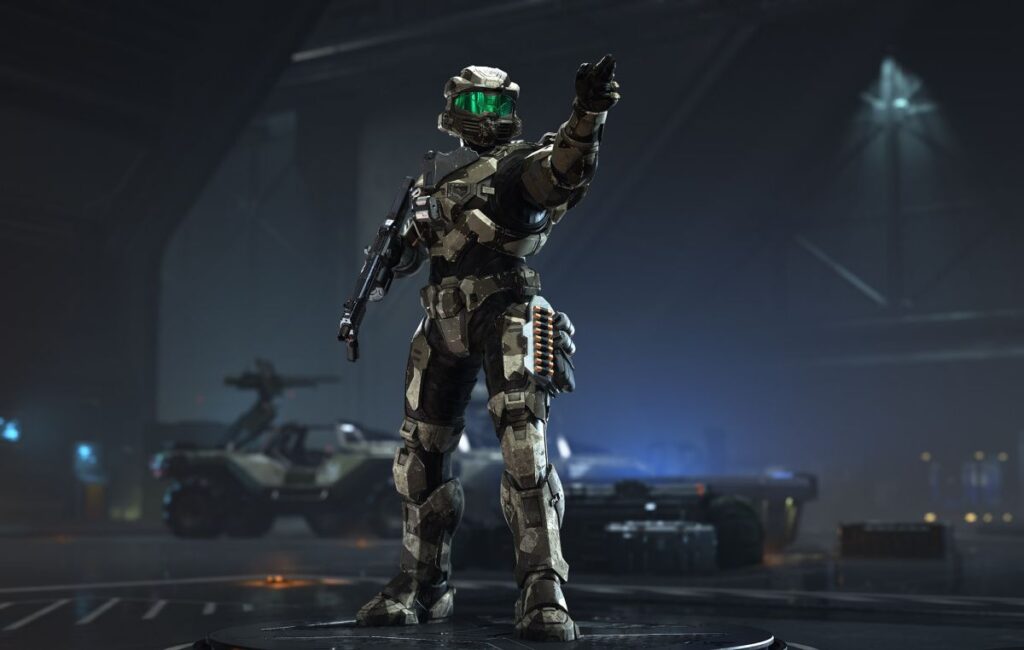 343 Industries has detailed some of the accessibility features that have been added to Halo Infinite to make it a better, more inclusive game for as many players as possible when it launches later this year.

The features were outlined as part of a recent Xbox Accessibility Showcase, which also announced wider improvements to accessibility across the Xbox platform. Paige Johnson, UX/UI producer at 343 Industries, explained that when it comes to accessibility in Halo Infinite, the team at 343 “knew we needed to be intentional about including the gaming and disability community, so that we weren’t being unintentionally exclusive.”

“Inclusion is core to the Halo Infinite experience,” 343 Industries writes in an Xbox Wire post, “and in recognition of that, the team built in new features to enable people to customize their Halo Infinite gameplay experience.”

A linear navigation feature will allow players to move through the UI without needing to visually see how controls are positioned on screen and HUD opacity adjustments have been added to make elements more visible for low-vision players. For color blind players, there’ll be more options than just red and blue when it comes to friendly and enemy colors.

Players will also have more control over their audio experience in the game, with a range of volume sliders as well as new text-to-speech and speech-to-text options for those participating in voice chat.

When it comes to controls, Johnson says there’s “a ton of customizability for both controller and keyboard and mouse.” This includes key rebinding, sensitivity adjustments and movement-assisted steering which adds additional controls when driving wheeled vehicles in the game.

Johnson identified Halo Infinite’s new sensory settings, which have been created to improve cognitive accessibility, as being among her favorite additions. These sensory settings will give players control over things like radial blur, screen shake during high-intensity moments and the transparency of full-screen effects like shield recharges.

Beyond settings, 343 is taking steps to improve representation in Halo Infinite. Johnson revealed that the developer has been working with organizations such as Warfighter Engaged to offer new prosthetic options for Spartan customization.

“Accessibility is a journey,” 343 writes, “and 343 Industries will continue to update Halo Infinite in ways that empower as many people as possible to battle alongside the Master Chief.”

Members of the Xbox Accessibility Insiders League (XAIL) currently have access to the tags and will provide feedback for refinement and improvement. The post states that there are 20 tags at the moment with the intention of having more in the future. Microsoft is also applying a degree of quality control to the features. For example, for a developer to say that their game has subtitles, the text must meet a specific font size and be resizable by up to 200 percent.

Microsoft has more plans to improve accessibility on Xbox over the coming months with features such as quick settings, new and improved color filters, night mode and globalization of speech-to-text / text-to-speech chat settings. You can see these detailed in full over on the Xbox Wire post.

While there’s undoubtedly still a great deal more to do, it’s good to see Xbox and 343 Industries making positive, considered efforts to make games, and the Xbox platform generally, more accessible to players both in terms of settings and overall representation.

A lot of the time, discussions around the future of gaming focus on the improved graphics, framerates and game libraries that a new generation of consoles is expected to bring. It’s exciting to see that accessibility is increasingly part of those discussions and we can only hope it goes further. The future of gaming ought to be more inclusive. As the new Xbox Series consoles launched late last year, Xbox invited players to “power your dreams with a new generation of Xbox”. It’s the kind of slogan that puts players at the center and promises empowerment without limits so it’d ring hollow if Xbox didn’t take steps to include everyone in the gaming community. “Power (some of) your dreams” doesn’t really work, does it?

Xbox has been notable for its steps to improve accessibility in recent years, with the customizable Xbox Adaptive Controller and the creation of its Xbox Accessibility Guidelines as well as the Xbox Accessibility Insiders League (XAIL), which was set up to provide “a simple, streamlined way to provide accessibility feedback directly to Xbox engineering or game development teams.” This recent showcase shows that Xbox intends to go further and that can only be a good thing.

Halo Infinite is set to launch on December 8 2021 on Xbox One, Xbox Series X/S and PC as well as Xbox Game Pass.