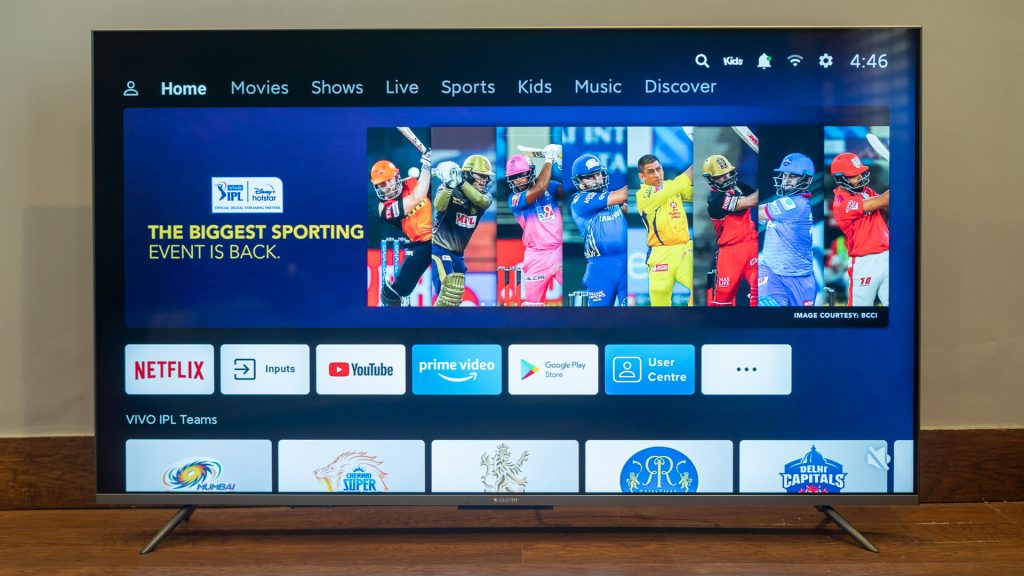 Saying that Xiaomi’s play in India’s affordable television space has been pretty successful would be wildly underplaying it. The Mi TV 5X builds on that success with incremental upgrades that add up. However, the competition isn’t holding back either and multiple emerging brands are now offering affordable televisions. Meanwhile, existing companies like Samsung and Sony have slashed prices to better compete. In the Android Authority Mi TV 5X review, we see if Xiaomi’s latest is packing enough to maintain its lead over the competition.

The Xiaomi Mi 5X is an iterative update for its line-up of affordable televisions. The latest in the X series, the TV is available in three different sizes: 43-inch, 50-inch, and 55-inch. It takes design cues from the company’s QLED line-up with a minimal bezel design and introduces an aluminum trim all-around.

The television joins Xiaomi’s fairly cramped array of 55-inch televisions which includes the even more affordable 55-inch Redmi TV alongside the high-end QLED models. The televisions are available via Mi.com, Flipkart as well as offline retail in India. However, there’s no word on international availability just yet.

The Xiaomi Mi TV 5X 55-inch makes use of an IPS panel. Once calibrated and switched to the movie profile, the Mi TV 5X shines with excellent color accuracy for an affordable panel. Fans of vibrant shows or animated content will particularly enjoy how media looks on the Mi TV 5X. Additionally, there’s support for all major HDR formats such as HDR 10, HDR 10+, and Dolby Vision.

PatchWall is an outlier in how it combines online and offline streaming services and adds value through integrations like IMDB.

While I’m not the biggest fan of software skins, Xiaomi’s Patchwall is an outlier in how it navigates the minefield of dozens of streaming services as well as satellite television. All the standard features like TV guides are here as well as curated listings for popular content.

New features for Patchwall 4 include IMDb integration for ratings, curated movie collections, and an updated content page that now shows more detailed information about movies and shows. Performance isn’t bad, except for the occasional stutter while switching panels.

Xiaomi also delivers the goods on the port selection. You’ll find three HDMI 2.1 ports, two USB ports, and an ethernet jack, as well as optical 3.5mm out for audio. The addition of auto low latency mode (ALLM) might be appealing to gamers, particularly those on the Xbox Series X or Series S (which support ALLM), but I suspect those gamers might want to upgrade to a better television as well.

There’s no variable refresh rate, but the addition of the low latency mode is a good move for standardization. Meanwhile, eARC support is great to have since it lets you output high-definition audio signals and codecs like Dolby Atmos to an external soundbar or audio receiver over a single HDMI cable.

Coming to the speakers, the television is rated for 40W of output, and dialogue, in particular, sounds crisp and clear. There’s not much bass here, but the speakers output room-filling sound and are perfect for television viewing.

What’s not so good?

While the Mi TV 5X is capable of excellent picture quality, there are two areas where it suffers, and only one of these can be fixed. The default settings might look great on a showroom floor, but MEMC combined with boosted saturation and brightness levels is far from an ideal look for the cinematic experience. MEMC can be useful with some media like sports where the television can fill in extra frames to smoothen out the frame rate. While it adds an extra dimension of fluidity and realism to sports, it completely takes away from the cinematic experience of movies and TV shows.

The lack of dimming zones and low peak brightness levels reduces the impact in HDR content and darker scenes.

Bringing down the brightness and saturation definitely helps. Reducing the backlight also helps improve black levels since the television has no dimming zones and blacks look like a dull gray with the backlight cranked up.

This affects HDR content as well and black levels are never quite black enough. Meanwhile, the limited peak brightness levels just don’t have the kind of impact you expect from high dynamic range content. The Mi TV Q1 handles darker content and HDR content a lot better for not much more money.

I recommended turning down the backlight for better color accuracy but not everyone is watching movies in a blacked-out room. The Xiaomi Mi 5X 55-inch peaks out at about 350 nits of brightness, which, combined with a high-gloss finish means that reflections can be a pretty big problem.

Elsewhere, the remote provided with the Mi 5X is the exact same remote that we’ve seen across multiple different models of Xiaomi televisions. It’s serviceable at best, but the lack of a dedicated mute button is still grating. Xiaomi’s fix of double-tapping the volume button is a barely-there solution. Beyond that, all the essentials are represented, though my pet gripe of not being able to customize the hardcoded Netflix and Amazon Prime buttons remains.

While the remote can be used to invoke Google Assistant, the television includes far-field microphones to call upon the smart assistant hands-free. Unfortunately, the feature was a bit hit or miss in my use and the entire activation process took just a bit too long to make it useful.

Priced at Rs. 47,999 (~$654), the Xiaomi Mi 5X 55-inch 4K TV is a solid offering from Xiaomi. Despite my nitpicking, a fair few of my gripes with the television are issues that plague cheaper 4K TVs in general. If you are on a budget, the panel can easily be tweaked to offer excellent picture quality and the interface is very functional, albeit slightly buggy. My past experience with Xiaomi televisions suggests that the company will iron it out pretty quickly through software updates.

The Xiaomi Mi 5X 55-inch TV is very good, but the Mi Q1 offers a lot more for not much more money.

That said, I’d encourage users to upgrade to the Mi Q1 55-inch television (Rs. 54,999) that offers one of the best panels in the segment for not a whole lot more. Other alternatives include Realme’s 55-inch smart television (Rs. 46,999) which is priced much the same as Xiaomi’s offering, as well as the Samsung Crystal Series 4K (Rs. 55,990) for a slight premium.

Overall, the Xiaomi Mi 5X is another quality television from the company, especially for those on a budget. The software additions are meaningful and the picture quality doesn’t disappoint, once tweaked. It’s not the last word in televisions but punches above its weight, making it a worthy recommendation.