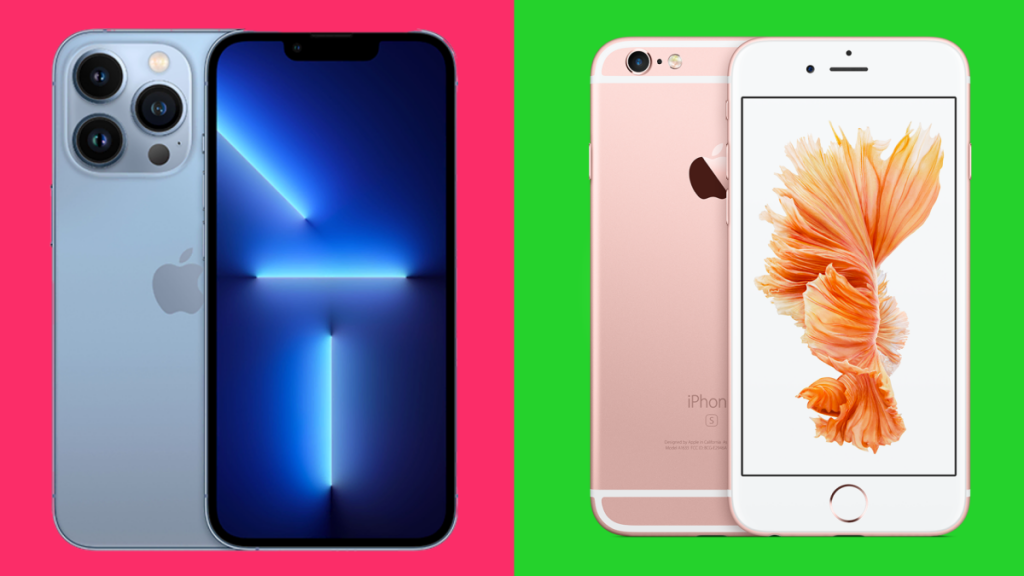 I used to upgrade my iPhone every year without fail. Regardless of some features that I wouldn’t use, it was the allure of having the latest and greatest that always mattered.

However, in recent years, as life does, other priorities take hold, and you also realize that having the latest and greatest every year simply doesn’t matter.

This happened to me in 2018 when I upgraded my iPhone 8 Plus to an iPhone X – essentially the same phone, but the X had Face ID instead of Touch ID, alongside a smaller OLED screen compared to the bigger LCD display of the 8 Plus.

I’ve been waiting for a 13 Pro all year, and it feels like my iPhone X has been aware of this – crashing, being slow and running on a battery lifespan of two hours. But there’s others who have been using older iPhones that still run on iOS 15, and I wanted to see just how the experience compared, using the latest and greatest iPhone, to one from 2015.

I used to work at a store as tech support, and I remember when the iPhone 6S launched. 3D Touch was the big feature for that line of iPhones, where you could force-press on an icon, and the equivalent of a right-click menu would appear.

With photos and web browser links, you could ‘peek and pop’ to preview the content instead, while you could have animated wallpapers on your lockscreen, which would play when 3D Touch was enabled.

However, the feature never caught on, and has since been reduced to a haptic touch, where it’s now an optional use case for Apple and third-party apps.

But the other big feature, like any other iPhone launch, were the cameras. The front-facing camera went from 1.2MP to 5MP, able to showcase selfies in greater detail alongside a Retina Flash that could give the camera a flash in darkened areas by lighting up the LCD display and flashing, giving an image more brightness. While the back cameras went from 8MP to 12MP, with the ability to shoot in 4K video.

Using these in 2021, you can tell just from the design and the cameras that these were supercharged iPhone 6 devices from 2014, and using them with iOS 15, they’re still remarkably fast to use, albeit with caveats.

Taking photos with a 6S and 13 Pro

The cameras between the iPhone 13 Pro and iPhone 6S are night and day, to excuse a pun.

Using Night Mode in the 13 Pro has already transformed how I take photos once the sun sets, and adding in the fact that this can be used on every lens the phone has, is only a bonus.

The iPhone 6S doesn’t have this, with Night Mode only appearing on the iPhone 11 series in 2019, but its detail in the daylight still works well, especially compared to budget Android phones.

I used to do what was called the ‘Cathedral test’ in the old job, where I would compare images of phones around Lincoln Cathedral. I decided to do the same here.

The results speak for themselves – while many still upgrade every year and see incremental improvements, seeing the difference in quality here just shows that the camera system in the iPhones have only gotten better.

But that’s only half the story for the iPhone 6S.

This is the earliest iPhone that can run iOS 15, and using a freshly-reset iPhone 6S, there’s still life in this yet.

Taking into account the obvious omission of Face ID and the smaller 4.7 inch screen here, the software still works well, with Focus and widgets able to work as well as it does in the iPhone 13 Pro.

But the one big difference is using Touch ID for ApplePay. It’s much faster and straightforward than using Face ID, especially when using a mask. It makes you yearn for the feature to arrive in the power button for a future iPhone 14, similar to how it’s in the iPad mini and iPad Air devices.

It’s also a night and day comparison when you consider Android phones. Software updates on a variety of devices are few and far between, and still you may buy a phone that only has one Android update left.

For instance, if you buy a Samsung Galaxy Z Fold 2, your next available update may be Android 12, and that’s it.

Patience is a 13 Pro virtue

After upgrading to a new iPhone after four years, it’s great to have the latest and greatest features, not only from this year, but since the release of the iPhone XS in 2018. From the triple-camera design, to Night Mode, to the 120Hz display and the smaller notch of the iPhone 13 Pro, it’s already a favorite model of mine.

But I’m sure that if I upgraded from an iPhone X to an iPhone 11 Pro, the upgrade would have still been significant, but not as major as this leap. Waiting between upgrades is the next best thing now, and while you may be happy on a yearly device cycle, the joy of taking advantage of four years of upgrades is unparalleled.