The Largest Comet Ever Discovered Is Heading toward the Sun 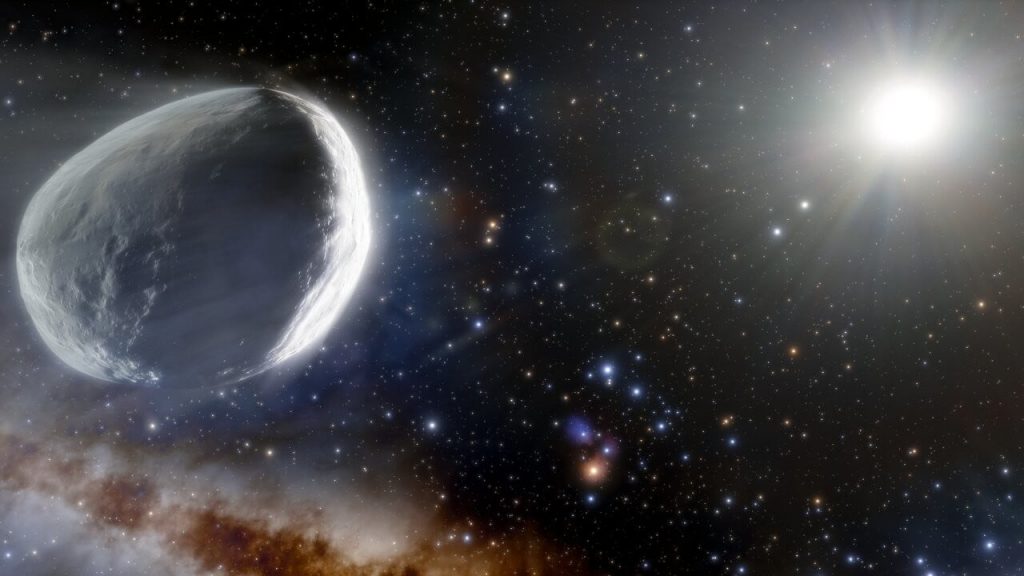 Earlier this year, astronomers discovered the largest comet ever, which is nearly 100 miles wide. Now, further study reveals this behemoth is heading toward the sun — but don’t worry, it won’t be posing any kind of threat to us on Earth as it won’t come any closer than the orbit of Saturn.

The comet, named Bernardinelli-Bernstein after its discoverers, is estimated to be around 95 miles in diameter and was identified using data from the Dark Energy Survey. Since its discovery, researchers have been poring over data to learn more about it and will soon publish a paper about it in Astrophysical Journal Letters.

The comet has an extremely elongated orbit and is currently heading in from the Oort cloud — a hypothesized group of icy bodies lying far beyond the orbit of Pluto. According to the new paper, it will reach its perihelion, or the point at which it comes closest to the sun, in 2031. It will come within 11 AU of the sun (astronomical units, where 1 AU is equivalent to the average distance between the sun and the Earth), which puts it beyond the orbit of Saturn.

This gives scientists an exciting opportunity to study the comet up close(ish), using tools like the upcoming Vera C. Rubin Observatory. This observatory will be performing a sky survey to identify many comets, even those much smaller than Bernardinelli-Bernstein. The observatory will also track the comet as it approaches to allow researchers to learn more about objects from the Oort Cloud and what they can tell us about the early solar system.

“We have the privilege of having discovered perhaps the largest comet ever seen — or at least larger than any well-studied one — and caught it early enough for people to watch it evolve as it approaches and warms up,” discoverer Gary Bernstein said earlier this year. “It has not visited the Solar System in more than 3 million years.”