12 Characters We Want to See in Nickelodeon All-Star Brawl 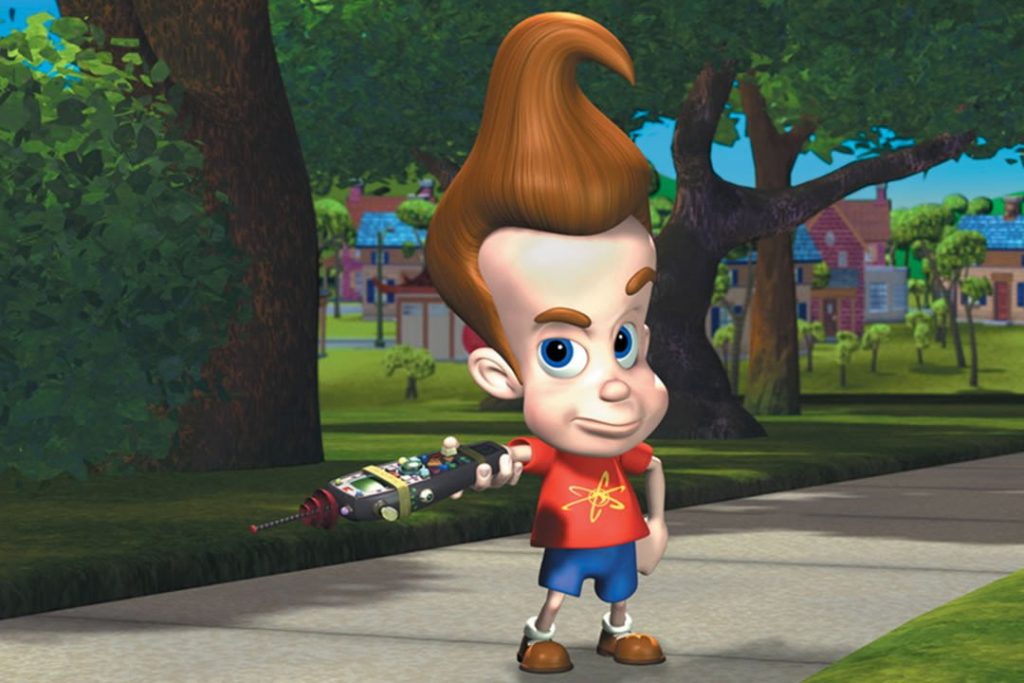 Boasting fighters from SpongeBob SquarePants, Teenage Mutant Ninja Turtles, The Ren & Stimpy Show, and more, the starting roster of characters for Nickelodeon All-Star Brawl is stellar. But with the developer already teasing future reveals, we’re already excited to learn which cartoons are coming to the brawler next.

We took a deep dive into hit Nick shows to pick out an even dozen characters who we think would be good additions to the character selection screen. Some are Nick legends who have already been in the spotlight, while others are wacky dark horse candidates for DLC inclusion down the road.

With Reptar already making an appearance in the base roster, I think it’s safe to assume that the dinosaur’s biggest fan and Rugrats star Tommy Pickles is coming somewhere down the line. Tommy is one brave baby and is always up for an adventure, so jumping into combat with a couple of the Teenage Mutant Ninja Turtles will be a breeze for this one-year-old. His go-to screwdriver will have to make an appearance as one of his attacks.

Spongebob, Patrick, and Sandy are in the launch day roster for Nickelodeon All-Star Brawl, giving Bikini Bottom a solid trio of representatives in the cartoon brawler. But we think it would be just like Squidward to come late to the party and pretend he doesn’t want to be there (remember his first Krabby Patty?). While it doesn’t exactly fit the Super Smash Bros. vibe of the game, I imagine Squidward fighting like Dhalsim from the Street Fighter series — stretchy limbs all day.

The protagonist of the wildly popular animated series The Adventures of Jimmy Neutron: Boy Genius should be a lock for an appearance. With all of his gadgets and background in tech, his fighting style could be full of ray guns and sci-fi weapons. His patented “brain blast” sounds like an attack you wouldn’t want to get in front of. Plus, can’t you imagine Jimmy blasting straight into his enemies riding his robot dog, Goddard, like Wario on his motorcycle in Super Smash Bros. Ultimate?

Otto Rocket of Rocket Power is a born competitor and would surely hold his own on the Nickelodeon All-Star Brawl stage. An extreme sports prodigy with serious skills in skateboarding, surfing and snowboarding, Otto would brandish his various boards and beat down other cartoon characters with unparalleled chill.

And if Otto makes an appearance, so should his older sister, Reggie. She’s a tomboy with a knack for a handful of extreme sports who also publishes an alt-magazine called The ‘Zine, giving her a huge range for themed attacks. Just like in Rocket Power, Reggie wouldn’t back down from any competition, even if that means beating up SpongeBob SquarePants.

Timmy Turner, with Cosmo and Wanda

Timmy Turner isn’t much of a threat without his fairy godparents, so Wanda and Cosmo will have to tag along if he’s going to come to Nickelodeon All-Star Brawl. I imagine this trio showing up in the game in one of two ways, both similar to the Pokémon Trainer in Super Smash Bros. Ultimate. Timmy could be in the background, and players could switch off between fighting as Wanda or Cosmo, each with a different set of magical and whimsical attacks. Or, Wanda and Cosmo could be the background players, granting different wishes to give players a new version of Timmy to fight with — imagine a sci-fi warrior Timmy, a sword-slashing pirate Timmy, or a super-jacked brawling Timmy, for example.

The underrated twins of Rugats would a dual-fighter, like the Ice Climbers in Super Smash Bros. Ultimate. I’m not entirely sure what their fighting style would look like, but it’d be messy. We’re talking mud throwing, worm eating, cookie crumbling, snot bubble blowing — some serious infant-style combat.

In The Adventures of Jimmy Neutron: Boy Genius, Sheen is a lovable goofball who won’t stop talking about Ultra Lord, a TV show superhero in the Neutron universe. Ultra Lord would obviously be a fantastic fighter, but he doesn’t make enough appearances in the TV show (despite being referenced consistently) to make the jump to Nickelodeon All-Star Brawl. Instead, we should get combo character that can transform, like Zelda/Sheik in Super Smash Bros. Melee. In the middle of battle, Sheen could transform into Ultra Lord with an epic pose and have a completely new fighting-style (or, Sheen could just pop on an Ultra Lord mask with absolutely no move changes).

Speaking of superheroes, it’d be a shame if we didn’t see the Crimson Chin from The Fairly OddParents enter the arena at some point. Responsible for protecting the city of Chincinnati, the Crimson Chin is an absolute powerhouse. I mean, look at that chin. One of the few Nickelodeon characters with serious fighting experience, this spandex-clad comic book hero was built for a brawler game.

Bonus: Timmy Turner could also appear here, fighting alongside the Crimson Chin like he did in the TV show as Cleft the Boy Chin Wonder.

As the strongest fairy in Fairy World, commander of all fairies and enforcer of “Da Rules” in The Fairly OddParents, Jorgen Von Strangle could bring some serious power to Nickelodeon All-Star Brawl. Inspired by Arnold Schwarzenegger, with a chiseled chin that rivals even the Crimson Chin, Jorgen is easily one of the toughest characters in the Nickelodeon universe. An all-out bully, he’d be a perfect tank fighter.

One of Nickelodeon’s most underrated shows, ChalkZone, deserves representation in Nickelodeon All-Star Brawl. Snap is a small and stubborn chalk superhero drawn by Rudy, the show’s protagonist. Snap isn’t a hardcore superhero like Ultra Lord, but he’s feisty and would obviously have a fun set of chalk-themed attacks.

It’s about time he makes it into a video game. Snap was originally going to be a playable character in Nicktoons: Attack of the Toybots for the Nintendo Wii, but the idea was scrapped for unknown reasons.

About as throwback as you can get for Nickelodeon characters, Rocko Rama, the Australian immigrant wallaby protagonist of Rocko’s Modern Life should be a shoo-in for a Nickelodeon All-Star Brawl appearance. Humble and shy, Rocko lives a pretty quiet life when he’s in charge (he rarely is), and how he fits in with the rest of the game’s characters would be really interesting personality-wise. Rocko is a classic Nick character that would add some variety to the more modern roster.