Games Inbox: Who will the final Smash Bros. character be? 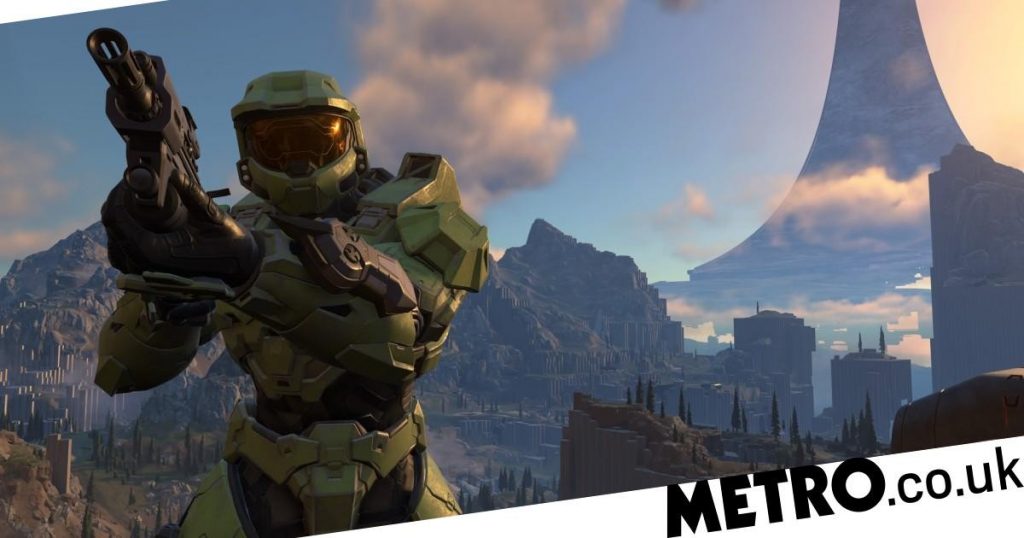 The Monday Inbox worries what a new Castlevania by the publisher of eFootball would be like, as one reader dreams of Metroid Prime 1 remake.

Final guess
So the final Super Smash Bros. Ultimate fighter is going to be announced on Tuesday, eh? I have to admit, I forgot Nintendo said they were going to do that. It’s been so long, with so many theories, that I honestly don’t know where to even begin with a guess.

For me there’s three likely (I wouldn’t call them obvious) choices: Master Chief, Waluigi, and ‘new Nintendo character’. I think Microsoft would agreed to Master Chief, but I don’t think Nintendo would want him as the final fighter, putting all that emphasis on someone else’s franchise.

Waluigi may seem a weird choice, since who cares about him, but he’s the only Mushroom Kingdom regular not a playable fighter and there are a ton of memes about that fact. So if they give him some funny Nintendo related moves I can see that working.

New Nintendo character for a game not yet announced also makes sense, in an attempt to kind of future proof Smash for a few more years. I could even be someone from Zelda: Breath Of The Wild 2, so it doesn’t have to be a brand new franchise.

Will I be right? Probably not, but those are my guesses!
Syke

Next game
I feel like we’ve been hearing rumours about Konami getting back into gaming, with new Castlevania, Metal Gear, and Silent Hill games for years now. It’s like Nintendo in that every time it sounds plausible and logical and then… it just doesn’t happen.

If they’re making them themselves it’s less likely that details would leak, although the rumours claims they’re using other companies and I can’t believe if that was true we wouldn’t have got something a bit more substantial by now. But who knows?

What I’m most interested in is a new Castlevania (can’t see the point of Metal Gear without Kojima) and whether they’ll make it a 2D game like the new Metroid or try some kind of Dark Souls style 3D game. Given what’s happened with eFootball it’s pretty hard to imagine that the same company is somehow going to turn out a new modern classic as their next game. Here’s hoping though, eh?
Burnside

Window to the soul
I’m just reading today’s GC and I haven’t been able to stop laughing every time I see the image for the article about eFootball, which I assume is supposed to be Lionel Messi.

It’s really funny his whole face is off somehow and those eyes are just mesmerising. I can’t stop looking at it. Next generation facial technology in all its glory.
Mitchell

Prime time
I’m not sure I understand why the talk is now of Metroid Prime 1 only getting a remaster, instead of the whole trilogy. Wasn’t the rumour that the whole thing was done ages ago and delayed when Metroid Prime 4 was restarted? How much work can it involve, considering there was already a trilogy compilation on the Wii and Nintendo are famously lazy about this sort of thing.

Or is the idea that maybe the Metroid Prime 1 game is a remake? Lots of people, even games companies, seem to get the two words mixed up so I’m not sure we can trust these rumours on whether it’s one or the other. A remake using the tech of Metroid Prime 4, perhaps as some sort of early test, sounds great to me, but I have no idea how feasible it is.

I’ll admit, I just want Metroid to become a big name franchise. I don’t know how well Metroid Dread is going to do but I hope it’s better than expected and we can start to see new games more often and not just once every other generation. Samus deserves more.
Sturb

New time to die
With the new Bond film out this month I wonder when we’ll hear the first details on the game. In case you forgot, and it’d be understandable if you did, Hitman makers Io Interactive bought the right and… haven’t give a clue as to what it’ll be like.

I think the obvious guess, knowing their specialities, is that it won’t be a first person shooter but exactly how much will it be like Hitman? I could see the basic third person action working but replace all the puzzle-solving/murder with dialogue and gadgets and I think that’s the most obvious guess.

In a sense it almost doesn’t matter as, to me, the most important thing is the mood and dialogue/humour. It’s got to feel like a Bond film or otherwise what’s the point? We’ve already got a hundred superspy games that are already Bond-esque. I do hope they get the racing right though, both cars and skiing and whatever. Also, an underwater section. Can’t have a Bond film without that.
Modus

Contingency plan
I think it’s naive to imagine that Nintendo aren’t bending the truth when it comes to their denial about ‘4K games’. I’m sure what they’ve said is technically true but I fully believe Bloomberg’s report that developers already have new devkits and that an upgrade a lot more major than the Switch OLED is no more than one or two years away.

Nothing else makes sense. The Switch is already at least a generation behind the Xbox Series X and PlayStation 5 (arguably two) and it’s going to look even more ancient in a couple of years when next gen games are firing on all cylinders.

Obviously this isn’t going to be news to Nintendo, who will already have contingencies in place. I would assume a 4K Switch Pro first and then the Switch 2. Every games company starts work on a new console as soon as the old one is out, even Nintendo says this, so this idea that they have nothing in development has no chance of being true.
Gosman

Academic exercise
I’ve seen a report online that there is a game coming at 8K 60fps, the first game to be released at 8K 60fps on PlayStation 5. It’s called The Touryst, is it right? The first game on console to be 8K 60fps or is it a load of old pony?!
David

GC: Why would it be made up? The PlayStation 5 doesn’t support 8K output via HDMI 2.1 but other than that it’s true.

Staring early
I’ve been reminiscing recently about my earliest memories of gaming. Watching my kids play games on tablet and introducing them to the Switch made me think how much things have changed

For me, gaming was something exotic and new. I’d played games at friends houses on systems as diverse as the old ZX Spectrum and some rich kid had an NES with R.O.B. and the lightguns, but I longed to play games at home. I’d finally convinced the family a computer would be a good thing (e had very different ideas on why) and a shopping we would go. Perusing independent computer stores with my dad and seeing dozens of different systems running countless different games, the unique smell (computer manuals, I think) and the rows and rows of games with their box art I fell in love with gaming right there.

Dad, stealth-ed the Amiga 500 out of the store so when Christmas Day rolled around it was a complete shock to find it setup in the ‘study’ (games room).

The early games were some futuristic hover bike game and Dizzy Treasure Island. I’m sure today they wouldn’t pass as free-to-play web games but I was transfixed. More games followed, standouts for me being James Pond 2: RoboCod, Teenage Mutant Hero Turtles, and Zool. None of them probably considered classics but they’ll always have a special place to me.

Seeing my kids engaged in Cbeebies games so early and now (shame on me) Paw Patrol on Switch it strikes me while access to games and seedy computer shops have changed, a kid’s fond memories of their first games are still the same.
DarKerR (gamertag)

Inbox also-rans
Did anyone mention the cover art for Manhunt on PlayStation 2 in the Hot Topic? It perfectly summed up the game’s dark and brooding atmosphere in my opinion.
Russell

GC: They did not.

I was wondering if you guys had a template for the Reader’s Feature submissions or if that’s just something I would be doing myself? Also, when I submit mine, should I upload a file for download or shoot you guys a Google Docs link or something similar?
John McCutcheon

GC: All we need is your text, which you can just send in an email – but any method is fine as long as it’s not a weird file format.