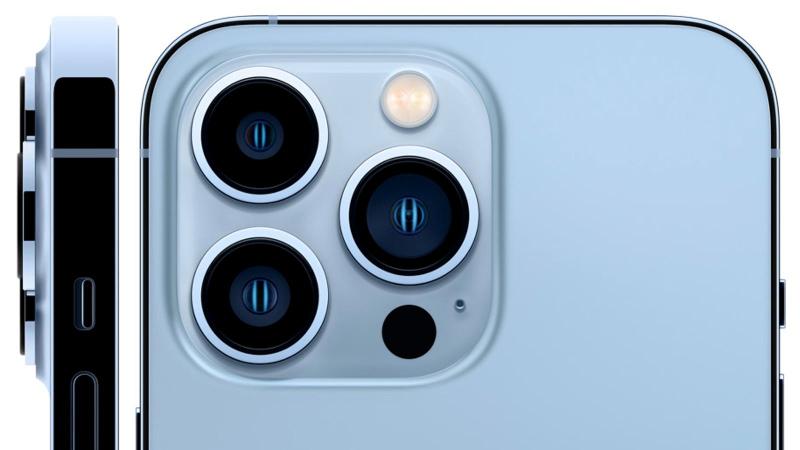 In the USA and Asia, Apple’s Max models are a hit, but we suspect that in price-conscious UK many users shy away from Apple’s premium iPhone. After all, it’s not only heavy and big, for some Apple’s luxury iPhone may also seem a little too ostentatious. But there will always be some for whom a smartphone screen is never large enough: be it to watch a feature film while traveling by airplane; to edit video recordings on the bus; or update texts in Pages or spreadsheets in Excel on the bus. Older users may also appreciate the bigger screen as text can be larger.

In our iPhone 13 Pro Max review we aim to help you decide if this is the right phone for you. More general advice can be found in our iPhone buying guide, and bargains can be located with the help of our roundup of the best iPhone deals. You may also like to read our iPhone 13 review.

Too big or just big enough?

On picking up an iPhone 13 Pro Max for the first time, some people are irritated: the device is just so big. However, after a few days of use, users tend to get used to the handling and there is a point at which the other iPhones suddenly look small. The biggest annoyance emerges after a few days use: this is an iPhone that is awkward to carry around, it’s unlikely that your pockets will be large enough to contain it safely and it’s heavy: it weighs a hefty 240g even before you put a case on it. This makes it a few grams heavier than the 12 Pro Max – the weight is possibly our biggest criticism of the Max.

But the heft needs to be weighed against the large display and increased battery life. Sure you can get smaller iPhones that weigh less, but they won’t beat the iPhone Pro Max battery life. An alternative, if you are after a large screen, is the iPad mini. The iPhone 13 Pro Max is a lot lighter than the iPad mini, which may be considered a benefit, but the mini is a much cheaper option. In our opinion the mini can’t really be considered an alternative to the Max, mostly because the photographic capabilities are in different leagues, but it certainly could be the answer to those who feel they need a big screen.

If you want an iPhone 13 with a larger display this will give you just that – but what if you don’t really need so much video and camera power. According to Mark Gurman, a cheap version without the Pro features will be released next year. Read about the iPhone 14 in our news round up.

In 2020 the camera was a big differentiator between the iPhone 12 Pro and the 12 Pro Max. Back then if you wanted the best camera on offer then the iPhone 12 Pro Max had the best features. However, this year the cameras on both Pro iPhones are exactly the same, so this year the decision really is all about screen size and battery life (two features that may still appeal to keen iPhone photographers).

The inclusion of the new telephoto lens with a focal length of 77mm awakens mixed feelings in us. A strong telephoto focal length is an important selling point and Apple has to compete with competitors such as Samsung and Huawei. In our opinion, however, it also has disadvantages: Compared to an older Pro Max model (65mm, ƒ/2.2), you are “closer”. This means that when switching between wide angle and telephoto the viewing angle changes more. Tapping on the “3x” button in the camera now results in an abrupt change from 26mm to 77mm. This can move the framing from too far away to too close in an instant. The effect is even stronger in video mode where a so-called “crop” effect allows you to switch between about 34mm and 100mm focal length. After some time, however, we got used to this, but others may not be as accepting.

One advantage of the new lenses is that you don’t need to use the digital zoom as often, but we found that the lens of the f/2.8 telephoto camera is slightly weaker, so when shooting at dusk we would tend to opt for the wide-angle camera with 3x digital zoom – see image below.

Do not underestimate the new Photography Styles feature, with which you can give your photos a special look – such as warmer photos for holidays and food photography or cold colours for atmospheric city photos. This is a new feature of all the iPhone 13-series. Sadly it’s not a software update available on the other iPhones.

The background: By default, Apple’s cameras have so far reproduced reality very accurately, which pleases purists. However, they can look a bit dreary compared to the ‘beautiful’ optimized photos of Samsung and Google phones. The concept reminds us of similar functions to Nikon’s Picture Controls or Fuji’s Film Simulation, and should appeal to many users.

Unfortunately, you can only save the final photo, taking a standard or even RAW photo at the same time is not possible. Plus activating the feature with the round mini button is quite fiddly in the Camera app. The results are very high-quality though. Apple apparently relies on only slight optimizations that are really suitable for everyday use.

For professionals, however, the new RAW recording function may prove more interesting.

There is also a new Cinematic Mode that helps users produce great video recordings. The principle is reminiscent of the Portrait Mode photo function – it recognises faces and blurs the background, but goes a step further, moving from one face to another if subjects look away from the lens. Unfortunately there are similar problems to Portrait Mode – for example, when cropping people. In our opinion the function is less of a benefit for professionals, but will be a real boon for hobby filmmakers (who undoubtedly make up 99 percent of users). Sadly Apple’s smartphone still does not have a filter against wind noise, which will also be a disadvantage to professionals. There is some good news for the pros though: support for Dolby Vision now and, coming soon, support for ProRes.

A significant improvement on its predecessor – and a differentiator between the Pro and standard iPhone 13 models – is the large and bright display, which supports 120Hz refresh rate for the first time. The latter is referred to by Apple as Pro Motion and allows the refresh rate to be automatically adjusted to the screen content – the display does not always run at 120Hz. When scrolling through a web page or playing games, the screen displays up to 120 frames per second, which enables optimal image quality and smooth motion display. This frame rate increases energy consumption though, which is why the frame rate is greatly reduced if necessary.

At first glance, the improved brightness (now 1,000 nits typical) is noticeable, even in bright sunlight the content on the screen can be read at pretty much any angle. According to tests by the SeiteDisplaymate, the screen (which is manufactured by Samsung) is unbeatable in terms of colour accuracy and contrast. According to measurements the power consumption of the screen is also lower than on the iPhone 12 Pro Max.

As usual with OLEDS, brightness control is carried out via PWM (Pulse Width Modulation), which some more sensitive users might perceive (it can cause headaches in some people). However, all OLED displays are affected by that.

Performance is excellent, which should come as no surprise. The new A15 chip brings a great performance increase in the areas of CPU performance, graphics and machine learning (ML). But how much better is it? Plus, is the performance of the A15 in the Pro Mac any better than its performance in the 13 Pro?

So you should rather feel a real increase in performance when switching from an iPhone 11 or older.

In the Geekbench 5 Compute tests we saw the iPhone 13 Pro Max score 14,379 (which was slightly below the iPhone 13 Pro’s 14,487, but better than the iPhone 13’s 10,764). The iPhone 12 Pro Mac scored 9,542 while the iPhone 11 Pro Max saw 6,370. So this represents a big generational leap, but it certainly isn’t a reason to pick the Pro Max over the Pro (there shouldn’t really be a difference between these handsets as the components are identical, so it’s probably just an anomaly that the scores were slightly different there).

As for internal memory, we ran tests on our Max with 512GB memory: When reading, we measure 1,661 MB/s, 1,801 MB/s when writing. This corresponds to current SSDs. Unfortunately, this is of little use to you when importing and exporting data, here you are slowed down to just under 40 MB/s by Lightning, hardly faster than when transferring via AirDrop.

The iPhone 13-series, like the iPhone 12-series offer 5G, so this isn’t a good reason to update from the 2020 iPhones, if you are upgrading from an older handset though it is a good reason to update. 5G is significantly faster than 4G/LTE and increases surfing speed in everyday life: Due to the lower latency, pages build up in fractions of a second and updates are loaded in seconds. However, given the still sporadic availability of 5G in the UK, you probably won’t benefit from 5G unless you live in or near a city. However, if you only change your smartphone every few years, or are often in areas with a good 5G network, 5G support is a sensible investment.

The battery lasted a whole sixteen hours in our own video test. In our test, we played several locally stored feature films via Apple’s TV app at one hundred percent brightness. Despite larger and brighter display hours, the device ran five hours longer than an iPhone 12 Pro (an iPhone 12 Pro Max was not available for comparison).

In our second test, accessing (bright) websites at 50 percent brightness, the Max managed 16 hours and ten minutes – the iPhone 12 Pro only ten hours.

However, many third-party apps are not yet adapted to Apple’s new power-saving features, so some of Apple’s power-saving functions do not always work, which can lead to short running times. As a result of this our Max lasted only four hours when playing a video with VLC and warmed up noticeably.

As usual with OLED displays, energy consumption depends on the screen content. Light background on web pages or bright videos ensure higher energy consumption, white font on a black background for low: The display can easily turn off the pixels that represent black or dark image content. For the battery tests, we therefore had to select the test contents very carefully.

If you want an iPhone with a 6.7in screen you have to pay a £100/$100 surcharge to Apple. Back in 2020 this extra expense got you a better camera and some other benefits, but this year all you get is a larger screen and the battery improvements that come from there being more space for a bigger battery.

The better battery is obviously a bonus, but the battery life of the previous model was already excellent, so this isn’t necessarily a strong reason to upgrade (unless you are an owner of an iPhone XS Max or iPhone 11 Pro Max).

Starting at £1,049/$1,099, the Pro Max shone with some real strengths in our test, it’s just hard to recommend it other than to a very specific user.

This article originally appeared on Macwelt. Translation and additional reporting by Karen Haslam.