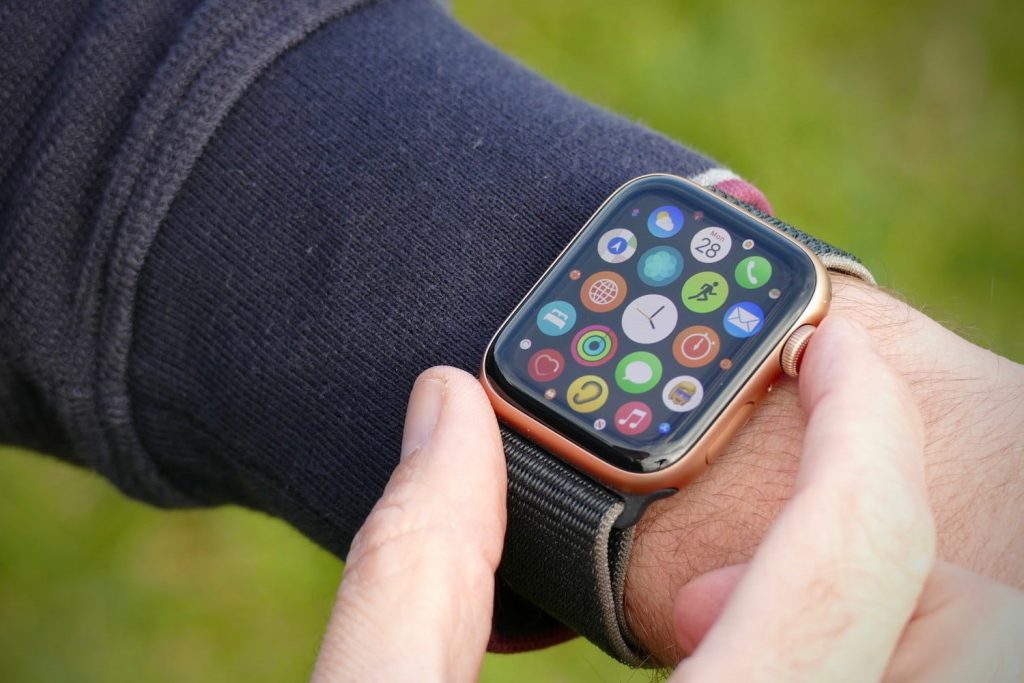 I have something of a confession to make. Over the course of my career in mobile, which spans over a decade at more than a dozen outlets, I’ve maintained a few consistent opinions. First, WebOS is the best operating system ever, and it died before its time. Second, it doesn’t matter who does it first, or best, but who brings something new to their platform that wasn’t there before. Third, to roughly quote the movie Moneyball (adapted to the world of smartwatches), there’s the Apple Watch, then there are 50 yards of crap, then there’s everything else.

There’s the Apple Watch, then there are 50 yards of crap, then there’s everyone else.

The confession I need to make is that for all this time that I’ve held that last opinion, I’ve never actually worn an Apple Watch. I had been basing that opinion on product demos, reviews, and conversations with others in my field who have used it. It was an opinion based in fact, but with zero actual experience. This year, when I ordered my iPhone 13 Pro, I added on an Apple Watch SE because it was frankly time to put my money where my mouth was.

And dear reader, I was so completely right, it’s a little frightening.

There are flaws, for sure. A square watch is not awesome. The battery life is not great, but not terribly bad. There are only a few watch faces you can choose from (unless you add Facer, then it’s a whole new world). It uses Siri, the worst of the assistants next to Google and Bixby. It’s too expensive. You have to use it with an iPhone, which is the biggest obstacle.

Plus, when it comes to running and exercise tracking, there are definitely better options than the Apple Watch. Garmin comes to mind, Samsung is quite good, and Fitbit is a great offering as well. The Apple Watch is certainly not all wine and roses. But this is not a review of the Apple Watch. What I’m talking about here is the app experience, plain and simple.

My goodness, this watch is simply full of apps that are useful, functional, beautiful, and work seamlessly. I’ll be honest, up until I got the Apple Watch, I had convinced myself that smartwatches were simply notification engines and health trackers. Full stop. But the Apple Watch has shown me how wrong I was.

Apps on the Apple Watch are simply stunning. Using my watch, I can arm my Vivint home security system from my watch, get a 2FA code from Authy, find the cheapest gas, unlock my smart delivery box, and more. It’s all a little ridiculous. Just this week, I was pulling up to my house and I opened my garage door using my watch.

Neither Google nor Samsung are even close to the Apple Watch in so many ways. They’re not only losing the game, they’re not even playing the same sport.

The functionality that developers have brought to my Apple Watch makes a ton of sense. I can arm my home alarm system, but I can’t stream video from my doorbell camera. It’s a silly use case. But when someone rings my doorbell, I get a photo from the doorbell to show me who’s there. It’s smart functionality.

Over on the Android and Tizen (now merged with Wear OS 3) side, this kind of functionality simply is not there. At the risk of further digging myself into a hole, I should point out that I have not yet worn a Galaxy Watch 4 to see what Wear OS 3 brings to the table. By all reports, Google’s latest Wear OS 3 will copy Apple’s functionality of auto-installing the watch equivalent of an app onto the watch. But the problem isn’t installing the apps; the problem is the apps being available in the first place.

This is the part where we bring up the app disparity between Apple and Android. These days, there’s very little “app gap” in the phone department. But Android is so far behind Apple in the wearable category, it’s laughable. While browsing the Galaxy Watch app store, I did indeed find some 2FA apps. But that was the most success I had at matching this Apple Watch experience.

The problem for me is, I don’t use an iPhone 365 days of the year. On days that I carry an Android phone, I’ll have to put the Apple Watch down and use something else. This presents a problem, as I’m genuinely worried that Apple has completely ruined the smartwatch experience for me.

I’m genuinely worried that Apple has completely ruined the smartwatch experience for me.

This doesn’t even account for the other benefits the Apple Watch brings, like health tracking, fall detection, and more. If Apple ever opened up the Apple Watch to Android, I’m fairly sure I would never use another wearable. But, having seen what the Apple Watch is capable of in the app department, it’s no wonder that Apple will never, ever make its smartwatch compatible with Android phones.

On the one hand, I’m ecstatic that I haven’t been lying to all of you for the past six years. But on the other hand, when March comes around, and I switch back to Android for my daily driver, I’m genuinely concerned that the switch away from the Apple Watch will be too hard. To those of you shouting “Don’t be such a baby!” at your screen as you read this, I get it. I really do.

But the last week of Apple Watch ownership has taught me a few things. First, when Google and Samsung tried to buddy up and start developing the next version of Wear OS together, it was absolutely, 100% a desperation move. Neither Google nor Samsung are even close to the Apple Watch in so many ways. They’re not only losing the game, they’re not even playing the same sport. The Apple Watch is Babe Ruth, and the rest of the field is your idiot cousin, Wally, who hits the ball and runs the wrong way around the bases.

Lots of catching up to do

You might be saying to yourself, “Apps aren’t that important to me,” and that’s a valid opinion. I told myself that for years. But now that I’ve experienced what the Apple Watch is capable of, I can tell you that apps are very important to me and will be going forward. It’s really a shame that Google and Samsung have not caught up to the Apple Watch by now, especially considering the head start they had.

So, for now, I’ll be rocking the Apple Watch SE for as long as possible, and I’ll be thoroughly enjoying the experience. With the Apple Watch Series 7 about to release, it’s absolutely vital that Google and Samsung gain ground in this race. The only thing that Google and Samsung have going for them is the Apple Watch’s exclusivity to iOS. If that barrier to entry were to fall, smartwatches not made by Apple would be doomed. Fortunately for them, that barrier will never fall.

But the fact remains that there is a Grand Canyon-sized gap between the functionality available on the Apple Watch compared to the most functional Wear OS watch, and that’s a shame. It’s very unfortunate that Google and Samsung let this happen, and it’s their responsibility to correct it as quickly as possible.