My first week with an iPhone 13 mini 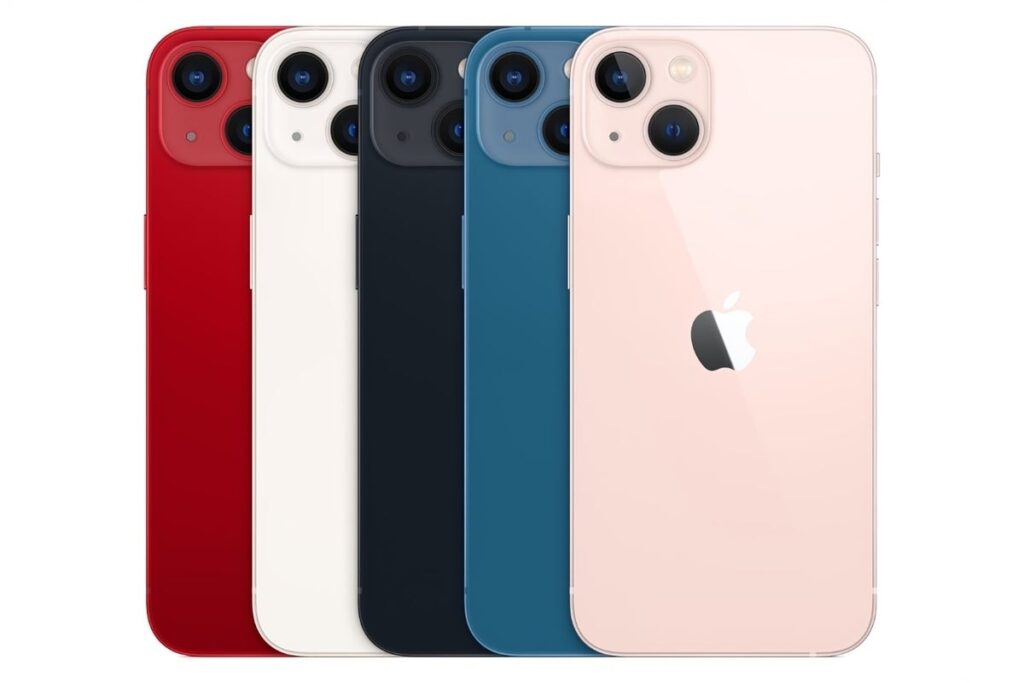 I’ve been using a Product (Red) iPhone 13 mini for the past week. It manages to be small, highly portable, and pretty much uncompromised compared to larger models. Almost anything you can do with a larger iPhone, you can do with this device.

Who is it for?

There’s this trend among many writers to remain fixated on the high-end, but the majority of Apple’s tens of millions of new smartphone purchasers don’t look at devices like that. Yes, sales breakdowns favor the Pro devices (which provide the very best cameras), but there’s a healthy market for all the company’s devices.

Last year’s alleged slow sales of the iPhone 12 mini followed the release of the iPhone SE, which scooped up lots of purchasers who might well have chosen the mini if they’d known it was coming.

So, who is the iPhone 13 mini for? At its simplest, it’s for anyone using a smaller iPhone who doesn’t want to carry a larger device.

The people who want a mini this time around will likely be those upgrading from a 4.7-in. iPhone 6S, 7, or 8, who want the power of an Apple smartphone but not a larger size. There will also be a smattering of upgrades from iPhone X and 11 series devices. Most consumers now using an iPhone 11 or 12 won’t want to upgrade, unless they’ve developed a pressing need for 5G connectivity or a hard-to-handle Apple product purchasing addiction. (Hi Ken!). [Editor’s note: Fact check, true.]

While enterprise users might veer toward the Pro range, many people simply need an iPhone for communication and a little collaboration; the mini is good for both.

What do you get?

You can look at the benchmarks, compare raw stats and easily see that anyone upgrading from any of those older devices will notice immediate improvements in the iPhone 13 mini. For more on the exact specs, you can read about them right here, though I will cherrypick a few today.

You get a much brighter, clearer, and larger display on a smartphone that’s easy to pocket. You get significant improvements in battery life. You get FaceID, which means more display in less space. You will possess a camera DxoMark calls No. 1 in the premium market. And you get a processor that delivers the best performance on the market in a phone of this size.

Those that play games on smartphones will see immediate improvements, but the power of this processor also means the iPhone mini will happily handle any mobile productivity apps you use. The crisp, bright, high-resolution Super Retina XDR display delivers clear text, excellent video, and sharp graphics, while the camera has 2x optical and 5x digital zoom. You get Cinematic Mode, which most users will probably learn to use. (Those cute pet memes are about to look lots better).

You’ll be equipped for 5G, which will become more important as the standard is rolled out and next-generation services appear, particularly in enterprise/SD-WAN and so on. You don’t get a 120Hz screen or the advanced camera array of iPhone 13 Pro, but you do get a 20% smaller notch at the top of the screen than included in previous Face ID phones.

If you are upgrading from an older model and you use your iPhone to participate in FaceTime, Zoom, WebEx, or other video collaboration meetings, you gain a 12MP FaceTime camera, up from the 7MP (or lower) camera on iPhone 8 and before.

If you use an iPhone 11 or later, this is not an improvement; you already have the higher-res camera. But with so much global communication now being done by video, this will make a big difference to many who upgrade.

A quick word about weight

I wanted to note something about the weight. Think about the phones I’ve said I believe iPhone 13 mini is most likely to replace:

Apple has clearly decided that devices in this size bracket (with iPhone X a larger device) should weigh around 140g. As a reference point, the first-ever 2007 iPhone weighed 135g.

The iPhone 13 Pro Max provides a better display, a more powerful camera and a 6.7-in. screen, but in a device that weighs 238-grams. You can feel that difference.

An observation: the 5.4-in. display in the mini is marginally smaller than the 5.5-in. iPhone 7 Plus was when it was introduced as the biggest Apple smartphone display yet.

The iPhone 7 Plus weighed 188 grams and its dimensions were 158.2mm x 77.9mm x 7.3mm: In other words, you’re getting almost as much display in a smaller device if you upgrade from an iPhone 7 Plus to an iPhone 13 mini – mainly thanks to the use of FaceID.

I’ve used every iPhone since the original device. I’ve been spoiled in recent years during which I’ve made use of an iPhone Pro Max as my primary device and I have gotten over the weight and fallen for the large display in that configuration.

Returning to a smaller iPhone still makes me do a double-take when I reach for it. It feels so small. But in comparison to my memories of smaller Apple phones across the last decade I’ve been consistently impressed.

Response to touch feels immediate and the clarity and brightness of the display means Apple continues to deliver a great user experience.

The design remains consistent, which means it feels like a premium product. (I also like the iOS 15 feature that lets you increase the size of text on a per-app basis as doing so makes text pop out on the display.)

When it comes to getting work done, I think most of us will choose one of the larger devices, simply for the additional display space. That said, if you use a smartphone and tablet or a smartphone and a Mac, then I think iPhone 13 mini is ample for all your Personal Hotspot and communication needs.

If your job involves using the device to capture video, you’ll get more features from the Pro range, though you’ll still capture 1080p HD video on this.

If you’re upgrading from an 11-series, you’ll enjoy the battery life and 5G most. If you’re coming from an iPhone 12, then I suggest your hunger for the new means you should probably go for a Pro unless you really want the smallest iPhone money can buy – other than 5G in a mini and the A15 Bionic chip, you won’t experience much incremental benefit on a single-version leap.

Here’s a rundown of the essential data:

Battery: Up to 17 hours video playback.

Some of the criticisms I’ve seen of this model seem quite weak: Some say lack of USB-C is a bad thing, but given that I’ve spent years invested in the Apple garden, I like the existing connection because I’ve been able to provision charging in every room and don’t want to invest in leads. I see lack of USB-C as a strength.

Another criticism is the lack of a 120Hz display, though once again I don’t believe most users upgrading to this device will feel especially constrained by that.

For those upgrading from older small Apple devices (and most making the transition from the majority of Android mobiles), you’ll see significant improvements, unless you are a high-end user, in which case you’ll probably opt for a Pro anyway.

Finally, I’ve seen criticism that the design hasn’t been upgraded. I often wonder about that as a critique, given most every smartphone looks like an iPhone. A more significant redesign is currently anticipated for next year.

For me at least, the biggest criticism is the device’s rude insistence that I set it up for Apple Pay. I use Apple Pay for everything, but I resent being presented with a red warning on my Settings icon that masquerades as a software update and pesters me to set the payment system up. I’d like Apple to stop doing that. I know that if you begin and then abandon setup the alert disappears, but I really don’t like that kind of intrusion.

As for buying advice: This is Apple’s smallest iPhone and if you are in the market for that, you will not be disappointed. Mobile professionals will love the battery life improvements, and while I think those using their device extensively to get work done — such as cabin crew, field service engineers, mobile sales and more — should probably opt for a larger screen, the mini is a great combination of power and portability for anyone on the move.

This may be Apple’s cheapest iPhone 13 series device, but it delivers a premium user experience. I like it a lot and think most people will be happy if they go iSmall.