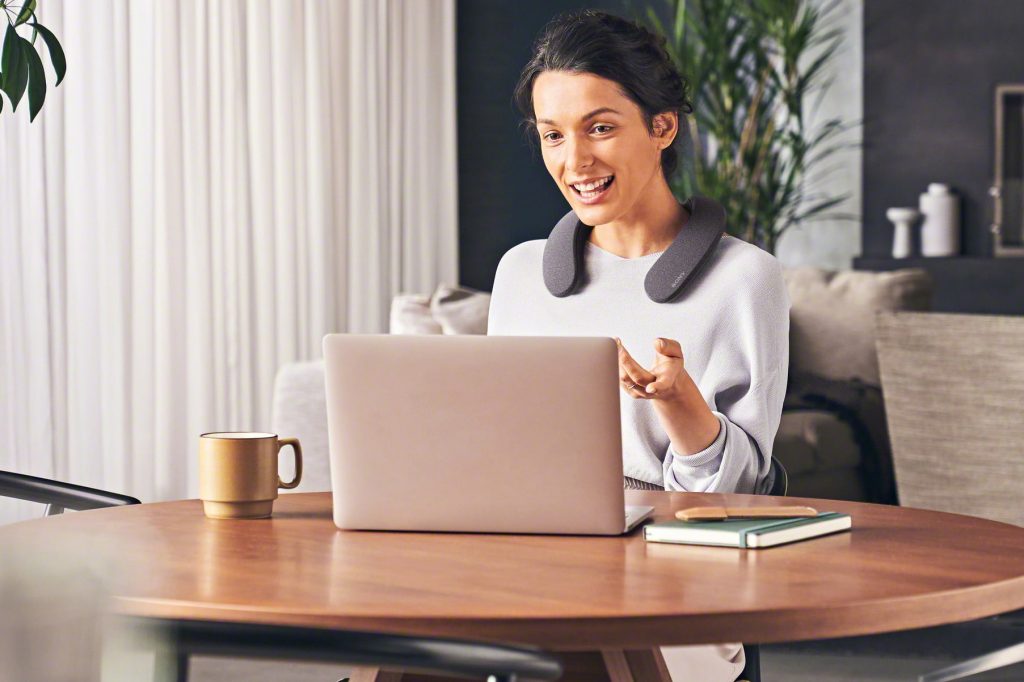 Sony today announced its new SRS-NS7, the latest wireless neckband speaker from the Japanese electronics manufacturer. And along with it comes the WLA-NS6 wireless transmitter. Combined, they give wearers a slick Dolby Atmos-compatible experience with Sony’s Bravia XR televisions.

The gist, for those who have yet to experience a wearable speaker, is that it’s the sort of thing designed for someone who wants their audio as close to their ears as it can get, without actually being in their ears. There are lots of reasons for that, and it’s a cool option to have, even if it does look a little odd.

There’s also a transmitter bundled with the SRS-NS7 (the aptly if awkwardly named WLA-NS7), and together they’re priced at $300.

Both the neckband and wireless transmitter are available now for pre-order. Amazon shows them shipping in early November.

“The SRS-NS7 transforms the way customers experience their favorite Dolby Atmos movies thanks to Sony’s unique 360 Spatial Sound Personalizer,” Tyler Ishida, deputy president for Consumer Business Group for Sony Electronics, said in a press release. “With powerful audio, long-lasting battery, and an extremely comfortable design, this product is made for nonstop entertainment.”

In addition to enhancing enjoyment of movies with Dolby Atmos, Sony also is positioning the wireless neckband as a work-from-home option that’s more comfortable than earbuds or headphones, with “perfect” microphone placement. It also has echo-canceling built in, so you can avoid echo and feedback.

The SRS-NS7 should last up to 12 hours, Sony says, and up to five hours if you’re listening at full blast. And a 10-minute change should get you an hour of use.