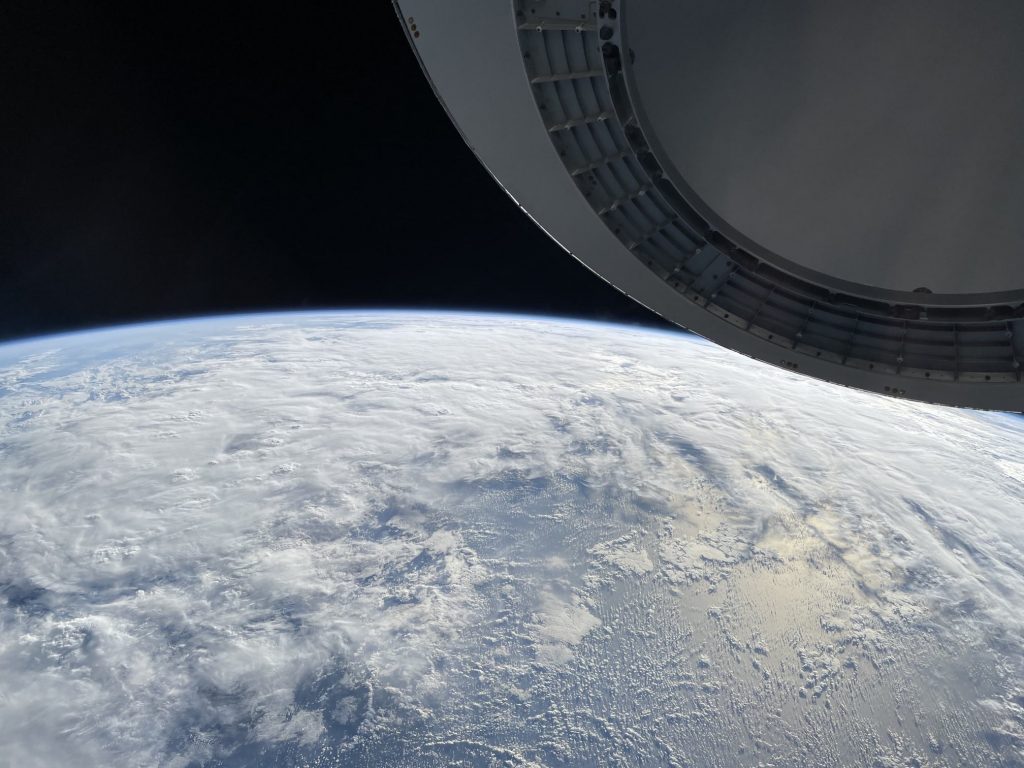 But at the weekend mission commander Jared Isaacman dropped another stunning shot (below), this one captured with an iPhone 12.

Apple is known to offer some of the best camera technology in the smartphone industry, so the excellent image quality offered by the phone’s camera from 357 miles (575 kilometers) above Earth comes as little surprise.

Isaacman shot the picture through the all-glass dome built beneath the nose cone of the Crew Dragon spacecraft that was home to the four non-professional astronauts during their three days in orbit.

Once in space, the nose cone, which is clearly visible in the top right of Isaacman’s photo, opens up to offer passengers panoramic views of Earth through the glass dome.

Isaacman also posted a video while flying over Brazil, again captured with the iPhone 12.

A video over Brazil from first day on orbit. Shot w/iPhone but hopefully we can get some of ⁦@inspiration4x⁩ Nikon shots out soon. Such a privilege to see our 🌎 from this perspective. We need to take far better care of our home planet and also reaching for the stars. pic.twitter.com/mAQw6eK8Ui

In the coming weeks, the crew is expected to share more images and videos shot with the iPhone and Nikon cameras, offering earthlings more extraordinary views of Earth captured from a unique vantage point that’s even higher than the International Space Station.

Of course, Apple isn’t the only tech company to offer a smartphone with an outstanding camera system. Samsung, for example, has been playing its part in pushing smartphone camera technology to its limit, with the Galaxy S21 Ultra gaining high praise from critics.

Keen to see how the camera on Apple’s new iPhone 13 compared with the performance of Samsung’s Galaxy S21 Ultra, Digital Trends conducted a detailed head-to-head to see which one came out on top. Check out the results for yourself.