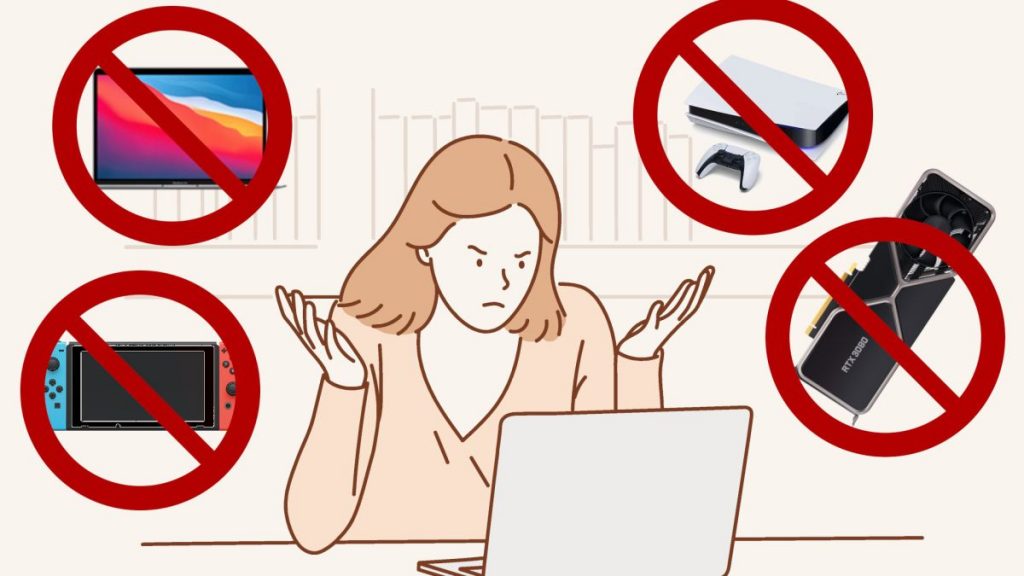 If you were hoping to snag some deals on coveted tech such as a PS5 or a new MacBook for Christmas in this year’s Black Friday or Cyber Monday sales, then it might be time for a harsh reality check.

Silicon, an element present in almost every major tech product these days, is in short supply due to high demand and manufacturing issues caused by the Covid-19 pandemic. This has resulted in the cost of production increased by an alarming 300%, as reported by Bloomberg. Low silicon = low product stock for everything that uses it, which means this year’s sales could largely be a disappointment.

Out of stock and short on time

There are a few reasons this will affect retailers over the coming monts. Firstly, that price inflation is a result of high demand meeting low availability, which we were already aware of given how hard it is to buy certain products like some of the best graphics cards right now.

And, of course, if production is getting more expensive for manufacturers, it’s understandable that they would be less inclined to slap a nice discount on their top-performing products in the run up to Christmas. As they say, these things will sell themselves.

There’s also a fair bit of evidence to suggest that tech manufacturing is in for a rough few months, with companies like Nvidia and AMD both stating that current production is struggling against the demand the silicon across the wider world of tech, with availability unlikely to improve until mid-to-late 2022. In fact, Intel CEO Pat Gelsinger predicts that we may not see an improvement in chip availability until 2023.

We also reported last week that despite massive growth in Mac shipments in the early part of 2021 – a 115% increase for Q1 2021 to be exact, driven no doubt by the release of the new MacBook Air and 13-inch MacBook Pro powered by the Apple M1 chip – new Mac shipments are likely to see a huge drop-off in the first half of 2022 according to Apple analyst Ming-Chi Kuo.

Just about everything uses silicon wafers these days, from cars and games consoles to smart home appliances and computing components, so global production has effectively formed a very large queue for what little silicon is being produced.

With these production issues being unlikely to improve for several months, and now the news that production itself is becoming increasingly expensive, it’s highly unlikely that you’ll have an easy time buy products like the PS5 or a GeForce RTX 3080 graphics card at full price, let alone at any kind of discount.

We can expect that product manufactures will absorb the additional cost of the silicon for now, but if Sony has to pay through the nose to make enough consoles for the holiday period, it likely won’t want to make profits tank any further by reducing the price of a product that’s already highly in demand.

Analysis: be cautious but don’t panic

We’ve been reporting on the issues surrounding silicon production now for several months, so don’t get your hopes up that the situation will improve any time soon. This isn’t a problem that can be easily solved as a mix of different factors resulted in this chaos so, to be blunt, we just need to live with it for a while.

If you want to buy any tech-related gifts this year for the holiday period, keep an eye on current availability. If it’s been out of stock for weeks, relies on availability updates (like those of our very own Matt Swider, who tracks PS5 drops across the US), or was released in the last few months then you might want to prioritize buying it at your first opportunity rather than waiting to see if you can save any cash during Black Friday or Cyber Monday.

There will be people waiting for the sales regardless, so even if the highly coveted product you’ve had your eyes on for a while doesn’t have a discount applied, the competition could grow fiercer the longer you wait.

This doesn’t apply to the entire world of tech, but exercise some common sense and do some research before planning to buy everything ahead of time. There’s every chance that products like soundbars, headphones and Amazon’s own devices will be available at a cheaper price in the coming weeks if you can head over to a few different online retailers and add one to your basket right now.