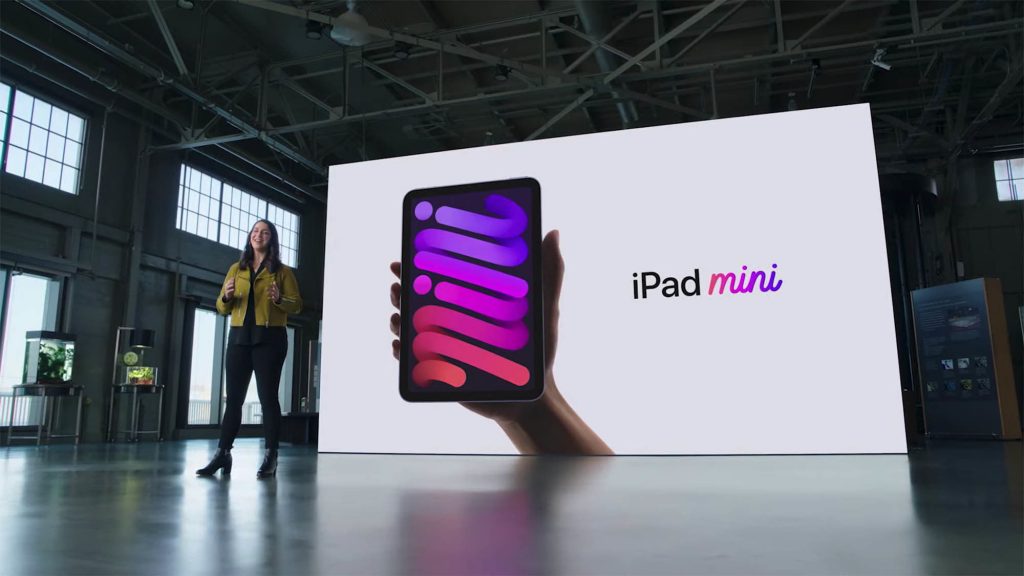 Another September has come and gone, and with it, Apple has shared two new iPads with us: The iPad (2021) and the iPad Mini (2021). Each of these devices has its own respective enhancements and advantages, with the iPad being more of a “standard” yet highly reliable device, and the iPad Mini being a little more of a premium tablet that performs superbly well despite its smaller size.

They both introduce new processors for their models, as well as a new 12-megapixel ultrawide selfie camera that puts to shame the diminutive lenses of their predecessors. At the same time, the iPad Mini introduces a few additional new features for its line, including an enlarged display, a Touch ID sensor on the power button, and a 5G modem (if you buy the cellular model). It looks very much like a flagship iPad, but is it better than the iPad (2021) overall?

We find out in this head-to-head comparison test, in which we take a closer look at the specs, performance, designs, displays, cameras, and software of each device. This should help you decide which model is best for you.

While the iPad (2021) looks identical to the iPad (2020), we’re pleased to report that the iPad Mini (2021) flaunts some noticeable design changes in relation to its predecessor. Most notably, it jettisons the home button and large top and bottom bezels of the older model, using this removal as a chance to expand its display size from 7.9 inches to a more impressive 8.3 inches. On top of this, it puts its Touch ID fingerprint sensor inside its power button while also adopting the flat sides of recent iPad Pro and iPad Air models.

By contrast, the dependable iPad (2021) sticks loyally with a Touch ID-compatible home button and exactly the same glaring bezels as its 2020 forerunner. It looks nice enough, but compared to the more contemporary design of the Mini, it doesn’t really impress all that much. It’s also obviously heavier — nearly an extra 200 grams (around 7 ounces) heavier — than the iPad Mini, so it’s not quite as discreet or as easily handled.

Despite a difference in designs, both iPad models make use of an IPS LCD touchscreen, although the iPad (2021) comes with only a Retina display, while the Mini has a more advanced Liquid Retina alternative. The standard iPad offers a 10.2-inch display with a resolution of 2160 x 1620 pixels, which equates to 264 pixels per inch. As for the iPad Mini, its 8.3-inch display packs 2266 x 1488 pixels, which provides a sharper 327 ppi. Added with the more sophisticated Liquid Retina technology, you will notice an improved vividness and clarity with the Mini.

Neither tablet will reassure you will an official IP rating, so don’t go dipping them in sand or water. That said, the iPad Mini quite comfortably carries this round, owing to its improved design and display.

The iPad (2021) runs on the Apple A13 Bionic, which was previously seen powering the iPhone 11 series (as well as the second-generation iPhone SE). While this remains a dependable and capable chip, the iPad Mini (2021) comes with the latest Apple chip, the A15 Bionic. This is the same processor you’ll find in the iPhone 13 series, and when you combine it with the Mini’s 4GB of RAM, it will handle pretty much every computational task you’re likely to throw at it. With the iPad, you receive only 3GB of RAM, which is generally enough for most purposes, but you would notice a difference if you ran it side by side with its smaller sibling.

Apple sadly never shares the exact capacity (in mAh) of its batteries, but early reporting suggests that the iPad (2021) offers similar longevity to the 2020 model. Our review of that earlier model found it lasted several days under light-to-moderate use without needing another charge, so we suspect that our full review of the newer model will reveal something very comparable. Likewise, initial tests suggest the iPad Mini (2021) has a 5,178 mAh, which is basically in line with the size of the iPad Mini (2019)’s cell. This may mean that the Mini won’t last as long as the standard iPad, although Apple is promising “all-day battery life,” so we’ll have to wait and see.

Given that we haven’t given either device a full review yet, we’ll have to remain undecided on the question of battery life. However, with the Mini offering clearly superior computing performance, we’re giving this round to it.

The rear cameras of the iPad (2021) and iPad Mini (2021) both comprise a single wide lens. However, in the case of the Mini, this wide lens has 12MP, whereas the standard iPad gives you only 8MP. Married with Apple’s highly reputed image processing software, this will likely result in a superior camera and more impressive photographs, roughly in keeping with recent iPhone models. That said, don’t expect anything rivaling recent Pro or Pro Max iPhones.

Despite its weakness in the rear-camera department, the iPad (2021) does offer the same 12MP ultrawide selfie camera we now see with the iPad Mini (2021), as well as the most recent iPad Pro. This provides much greater clarity than the basic 1.2MP lens you had with the iPad (2020), as well as the 7MP selfie lens on the iPad Mini (2019). In addition, it’s compatible with Apple’s new Center Stage feature, which keeps you in the middle of the shot when streaming with the front lens.

This makes both devices noticeably more useful when video calling, as well as when taking selfies. However, with an enhanced rear camera, we’re giving yet another round to the Mini.

You may not be surprised to learn that the iPad (2021) and iPad Mini (2021) both run on iPadOS 15. This is the latest version of the iPad operating system, and it harnesses a range of useful new features, from refined multitasking to floating windows and a handy Quick Notes function. It may not be a massive departure from iPadOS 14, but it does certainly improve the already excellent iPad UX.

Given that they were released at exactly the same time, we would expect the iPad (2021) and the iPad Mini (2021) to receive the same number of updates and for just as long as each other. Taken together with the identical software, this round is, therefore, a draw.

The iPad Mini may seem like a cut-price iPad model, but its specs certainly belie such a status. This suspicion is reinforced by the fact that its cellular/LTE version supports 5G, so you’ll be able to use the fastest download speeds if you choose the cellular model and live near a corresponding network. On the other hand, the standard iPad is compatible only with 4G, so you may end up experiencing some “G envy” with your Mini-owning friends.

Another difference is that the iPad Mini supports the second-generation Apple Pencil, while the iPad supports only the first-generation model. This means you can use a range of gestures when using it with the iPad Mini, while it also charges more conveniently and comes with a flat side that prevents it from rolling off the table.

This may be only a modest advantage, but with the added 5G support, it is indeed enough to give the iPad Mini (2021) the win in this round.

The sixth-generation iPad Mini (2021) begins from $499 and rises all the way up to $799 if you get the model with cellular support and 256GB of storage. Again, it’s available to buy from Apple, and you can find it at any good outlet that deals with tablets and tech.

As you may have guessed from the preceding sections, there isn’t really much of a contest between the iPad (2021) and the iPad Mini (2021). The Mini looks prettier, has a sharper display, a more powerful chipset, a better rear camera, and superior special features. Its only “disadvantage,” if you want to call it that, is its main selling point, which is that it’s a “mini” version of the iPad. Still, some people may prefer having a smaller display and smaller device overall, so this won’t be a drawback for some.

That said, if you would much rather have a 10.2-inch display, the iPad (2021) remains a great all-around device. It may lack certain bells and whistles, but it delivers strong performance, very reliable battery life, and it still brings the great Apple software experience we all know and love.