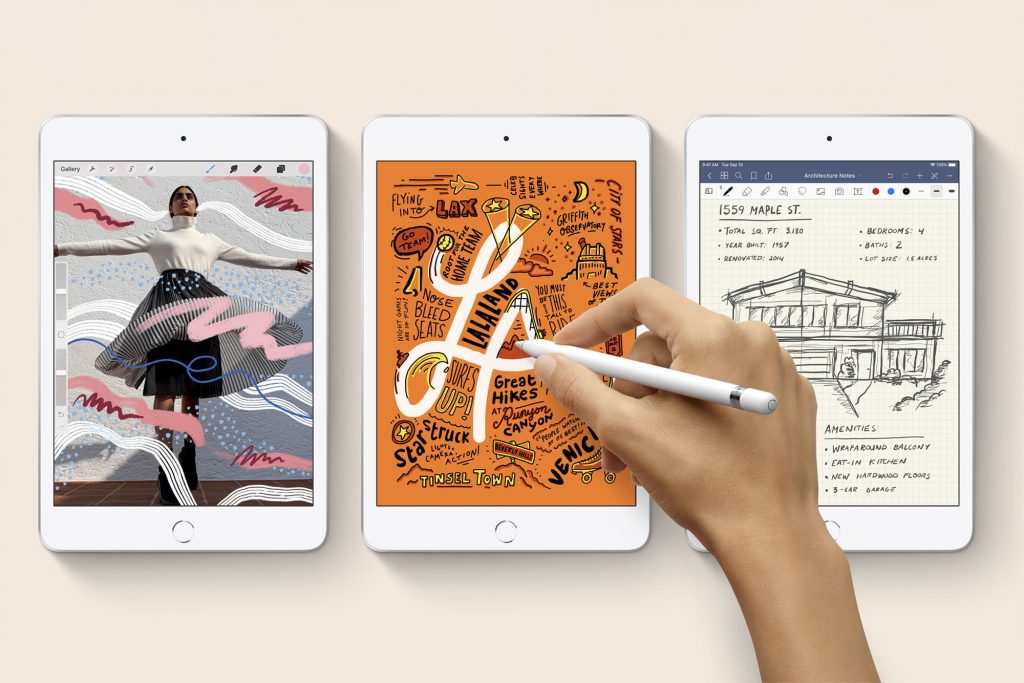 Apple has announced the sixth-generation iPad Mini (2021), the successor to the fifth-generation iPad Mini (2019). It introduces a number of notable improvements in relation to its forerunner, including a bigger 8.3-inch Liquid Retina display, the A15 Bionic processor, a Touch ID sensor on the power button, and a 5G modem (if you opt for the LTE/cellular model). While it certainly looks like an improved tablet, just how much better is it in practice, and is it worth upgrading to if you already own the fifth-generation model?

We answer these questions in this head-to-head comparison. By examining the specs, designs, displays, performance, cameras, and software of each device, we should put to bed the issue of which is the best miniature iPad overall.

Apple may not renovate its tablets every single generation, but we’re happy to say the iPad Mini (2021) does look noticeably different from the 2019 model. The most prominent divergence is that it removes the home button and the prominent top and bottom bezels of its predecessor, replacing them with thinner bezels, a very smooth edge-to-edge display, and a Touch ID sensor that’s fitted into the power button. At the same time, the removal of the forehead and chin bezels means that Apple has been able to expand the touchscreen’s size from 7.9 inches to 8.3 inches. On top of this, the flat, squared edges of the device make it look more modern and current than the now-dated rounded edges of the 2019 version.

While both models use an IPS LCD touchscreen, the iPad Mini (2021) offers a more capable Liquid Retina version of this, while the 2019 model doesn’t even have a Retina display (as with the latest standard iPad). As we stated above, the 2021 model’s display measures in at 8.3 inches, while it packs 2266 x 1488 pixels, which works out at 327 pixels per inch. This is precisely 3 pixels per inch more than the 2019 version offers, so with other things being equal, you wouldn’t expect a noticeable difference in screen quality. However, given the use of Liquid Retina technology, and given that the latest iPad Mini also supports a wide color gamut, you do notice a gap in vividness and clarity.

Despite these advances, the iPad Mini (2021) still doesn’t carry an official IP rating. Still, its improved design and superior display are more than enough to give it the win in this round.

The iPad Mini (2021) takes advantage of Apple’s latest chip, the A15 Bionic. This is what powers the iPhone 13 series, so you can rest assured that it will handle multitasking well and will also run the latest games, particularly when it comes with the 4GB of RAM that it does. By contrast, the iPad Mini (2019) uses the A12 Bionic, which was last seen with the iPhone XS/XR line. This remains an agile and effective processor, but with 3GB (rather than 4GB) of RAM, you may notice a slight difference in speed and performance between the two Minis.

Both models give you 64GB of internal memory as standard, although you can pay an extra $150 and have 256GB instead. In this day and age, 64GB doesn’t seem particularly generous but seeing as how both models offer this, neither gains an advantage or disadvantage.

It’s also likely that both the iPad Mini (2021) and (2019) will offer similar battery life, with both containing cells with around 5,100mAh of capacity. Our review of that 2019 model found it lasted several days under light to moderate use without needing a recharge, and we expect the newer tablet to provide at least comparable performance. That said, Apple has claimed that the A15 can power its devices without requiring quite as much battery power, so it’s possible that the 2021 iPad Mini may outlast its predecessor by a couple of hours. Of course, we will need a full review to confirm this.

Even with this uncertainty, the newer model takes this second round due to its faster chip and higher amount of RAM.

Unlike the iPad Pro, the iPad Mini range offers only a single rear camera lens. That said, the iPad Mini (2021)’s rear camera contains 12 megapixels, while the 2019 model has only 8MP. This will result in a noticeable difference in photo quality between the two models, with the greater megapixel count enabling the 2021 iPad Mini to capture more detail and with more color and flair. It still won’t be as good as the cameras you’ll find on the iPhone 13, but it should be better than what its line has previously offered.

Similarly, the iPad Mini (2021) houses a 12MP ultrawide selfie camera, in contrast to the iPad Mini (2019)’s 7MP (non-ultrawide) lens. Again, this ultrawide lens provides greater detail and clarity, while it’s also compatible with Apple’s much-ballyhooed Center Stage feature, which keeps you locked into the center of the shot when video calling and filming.

Taken together, these two improvements mean that the iPad Mini (2021) takes yet another round.

Owners of the iPad Mini (2021) and iPad Mini (2019) will both get to use iPadOS 15, the latest version of the iPad operating system. While retaining iPadOS 14’s numerous improvements, it also offers several significant additions, including a streamlined and more efficient multitasking menu, a new Quick Notes feature, and floating windows in Mail, Notes, and Messages. It’s certainly a win for productivity and creativity as well as for plain-old ease of use.

We’re tempted to say that the newer iPad Mini has the advantage when it comes to updates, since it’s newer and will theoretically be supported with updates for longer. However, Apple usually supports its devices for so long that you probably won’t notice a real difference. This round is therefore a tie.

Apple is clearly pushing the iPad Mini as a smaller version of the more premium iPad Air and iPad Pro, a suspicion reinforced by the fact that the 2021 model supports 5G. Yes, if you go for the cellular version of the tablet, you will be able to enjoy 5G speeds, assuming you live or work near a corresponding network. As for the iPad Mini (2019), you will have to make do without 5G.

Another difference is that the iPad Mini (2021) supports the second-generation Apple Pencil, whereas the 2019 model works only with the first-generation version. This means you miss out on a range of added features, including easier (magnetic) charging, an improved, angular design (which prevents rolling), and support for a number of convenient gestures.

Added to the support for 5G, this compatibility really does make the iPad Mini (2021) seem like a premium yet downsized tablet, so it takes another win.

The sixth-generation iPad Mini (2021) begins from $499 and rises all the way up to $799 if you get the model with cellular support and 256GB of storage. Again, it’s available to buy from Apple, and you can find it at any good outlet that deals with tablets and tech.

The fifth-generation iPad Mini (2019) started from $399 when it was first released. However, Apple has discontinued it, so you will need to search the web for deals while stocks last, including for renewed/refurbished models that may now come at a significant discount. As with the 2021 model, it’s supported by all major carriers.

There’s no doubt that the iPad Mini (2021) is a better tablet than the iPad Mini (2019). It boasts a sharpened design and display, a faster processor, improved rear and selfie cameras, and support for 5G and the second-gen Apple Pencil. At the same time, it’s pretty much equal to its predecessor in all other respects (e.g. software), although time may prove that its battery power is a little better.

We would therefore say that the 2021 iPad Mini is worth getting even if you already have the 2019 model, and it’s certainly better for people looking to buy their first-ever Mini. That said, if you want to save $100 or more, it may be worth looking for an iPad Mini (2021) online, since it still performs well and offers the same great software experience.