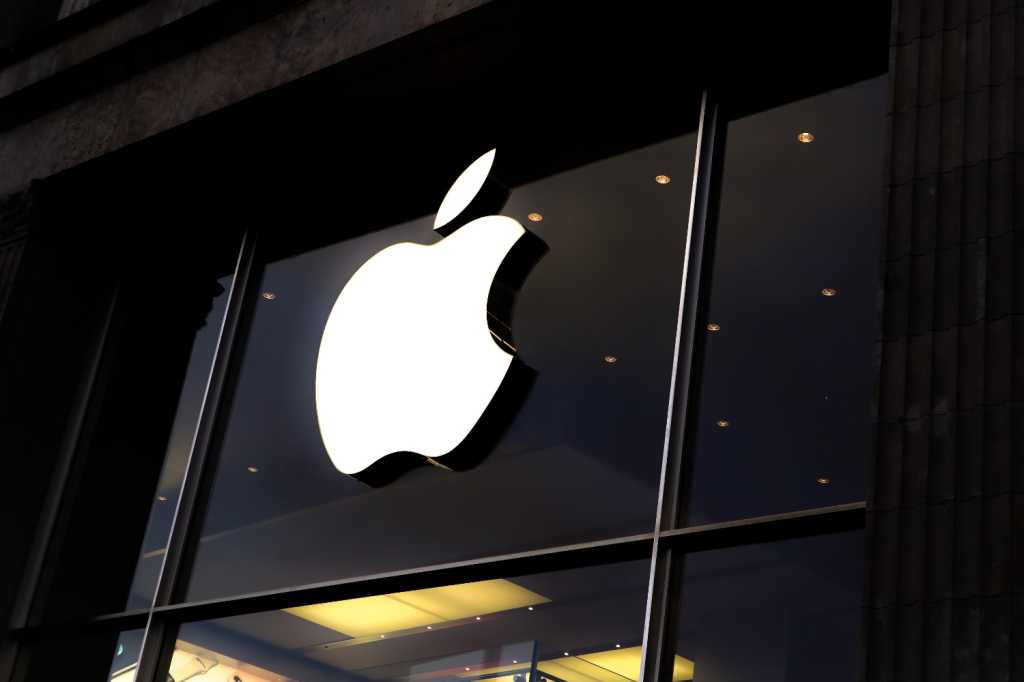 According to several reports, Apple is trying to have its environmental cake and eat it, too.

Eat it in a super truck that’s rolling coal. With a totally unnecessary coal-powered fork.

Normally the Macalope might take issue with calling out Apple here when there are plenty of other companies involved, but in this case it’s appropriate because of Apple’s consistent PR push on its environmental record.

The crux of the argument is that while Apple makes a big deal of that record (“If you’ve owned your AirPods for more than six months, they’re 90 percent biodegradable earwax by weight now!”), it’s also a member of the Business Roundtable, an organization that is about to launch a “massive lobbying blitz” in an effort to kill the Clean Energy Standard, a provision designed to decarbonize the electric grid by 2035.

Which is weird because in August, Apple signed a letter calling on Congress to pass the Clean Energy Standard. The Macalope encourages you to go to the piece and read the two competing quotes, one from the letter Apple signed and the other from the Business Roundtable that Apple is a member of, because they could not be more starkly in contrast if one was set in Papyrus and the other in Helvetica.

Maybe you’re saying “But Apple’s just one of hundreds of members of this organization. I never return those proxy statements from my mutual fund company. I don’t attend meeting of the homeowners association. I haven’t seen my children in weeks, I don’t even know where they are. Maybe likewise Apple has no idea what’s going on at the Business Roundtable!”

Well, that’s possible. But, you see, Tim Cook is on the board of the Business Roundtable. And he seems like a pretty thorough guy. You and I might sleep through a Zoom meeting, but Tim? Not likely.

Maybe now you’re saying “Well, if they’re meeting via Zoom, maybe Tim’s been on mute. Maybe he’s shy and doesn’t want to speak up. LOOK, I JUST WANT TO ENJOY MY IPHONE.”

Unless she’s bribing the other board members with butter in which case he doesn’t. Because who’s going to turn down butter? Jim Fitterling, CEO of Dow?! Not likely! Guy’s got a stick a day habit! (Disclaimer: the Macalope has no idea what Jim Fitterling’s butter habits are.)

This revelation is also awkward in light of Apple VP for Environment, Policy, and Social Initiatives Lisa Jackson recently being named one of Fortune’s Most Powerful Women.

If an organization Apple sits on the board of manages to kill a bill with an important environmental provision and Apple really does support the provision, you have to wonder what kind of influence Apple is exerting on that organization. Either it’s not trying or it’s not being effective. Those are the only two options. If Apple doesn’t agree with the organization’s stance, then it should walk away from it.

“But I can change the organization from inside!”

Theoretically! But you’re literally not!

It doesn’t even matter if you don’t agree with this provision. As a forest dweller who breathes oxygen and likes to keep his head above water, the Macalope does. But one thing we should all be able to agree on is that if Apple actually cares about the environment then it should be consistent about it if it wants to take credit. Speaking out of both sides of its mouth is not okay and it’s not going unnoticed.