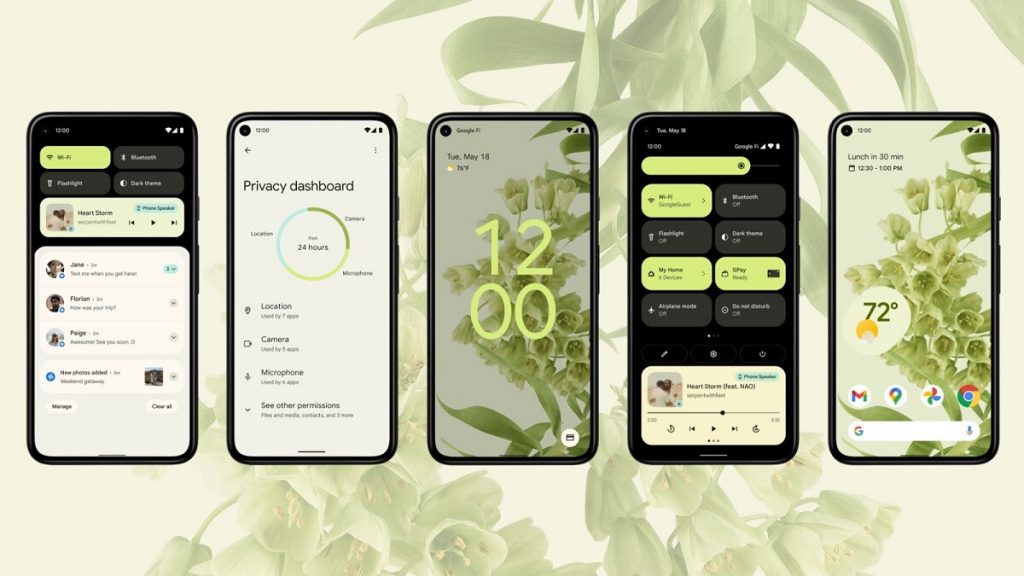 Share
Facebook Twitter LinkedIn Pinterest Email
Google today rolled out the stable version of Android 12. Unfortunately, that update is not yet available to be installed on any phones yet, not even the Pixel line which usually gets the first crack at Android updates. Instead, tipsters like Max Weinbach question whether Android 12 will be disseminated worldwide at the same time that Google unveils or releases the Pixel 6 line.
Google did update the open-source code for Android today, and that is usually accompanied by a release of the latest Android build to Pixel handsets, but not this time. So during this 8-month long incubation process, Pixel users will have to wait just a little bit longer to install Android 12 on their devices. Older Pixel devices eligible to receive the update when it is disseminated will be those with the Pixel 3 and 3 XL, Pixel 4 and 4 XL, Pixel 4a and 4a (5G), Pixel 5, and Pixel 5a.

Some of the features coming with Android 12 include the new Material You design language which Google has been using to update some of its Android apps already. It uses pastel shades and with Google’s new “monet” system, the colors of a user’s wallpaper show up on the UI.  Android 12 will also feature a one-handed mode that brings down the top of the page so that it can be reached by those using one hand.

The conversation widget will let those sporting an Android 12 powered handset to view from their home screen any messages or status updates from a favorite contact. Google has not only improved the auto-rotate feature on Android 12, but it has updated the animation seen when an app is launched. The latter includes a splash screen showing the app’s icon and a transition that takes the user into the app he opened.

With Android 12, users can take scrolling screenshots to replace multiple screenshots of the same page. That seems to be a useful new tool as is the new privacy dashboard that allows users to view and manage the apps that request and have been given permissions to access things like the phone’s location, camera, and microphone. A game dashboard will allow a user to change the performance of a game running on Android 12, record the screen, and stream live via YouTube.
So when will the Pixel 6 series be introduced and released? All of those previous rumors calling for a September announcement just before Apple unveiled the iPhone 13 line turned out to be totally incorrect. However, we have seen Google really ramp up its promotion of the new phones with video, billboards, and potato chips. The latter was offered in Japan to promote Google’s homemade Tensor chipset which will be powering the new Pixel models.

One of the latest rumors calls for Google to introduce the new phones on October 19th with a release slated for October 28th. Speaking of the upcoming Pixel 6 series unveiling and release, Google is expected to drop Android 12.1 not too long after Android 12. While this update is rumored to be minor in nature, it also is expected to add features to Android 12 that would allow Google to announce the rumored Pixel Fold.

The features could include a taskbar that will display the icons of frequently-used and recently used apps. A split-screen feature will allow users to view two apps at the same time. the taskbar disappears when one of the two apps enters full-screen mode. Since Google has yet to promote the Pixel Fold, its appearance this year remains a mystery.

There is speculation that the Pixel Fold will sport a 7.6-inch ultra thin glass display when fully opened. The phone is expected to also employ Google’s own Tensor silicon under the hood.