Heres Why You Should Buy Renewed or Refurbished Smartphones 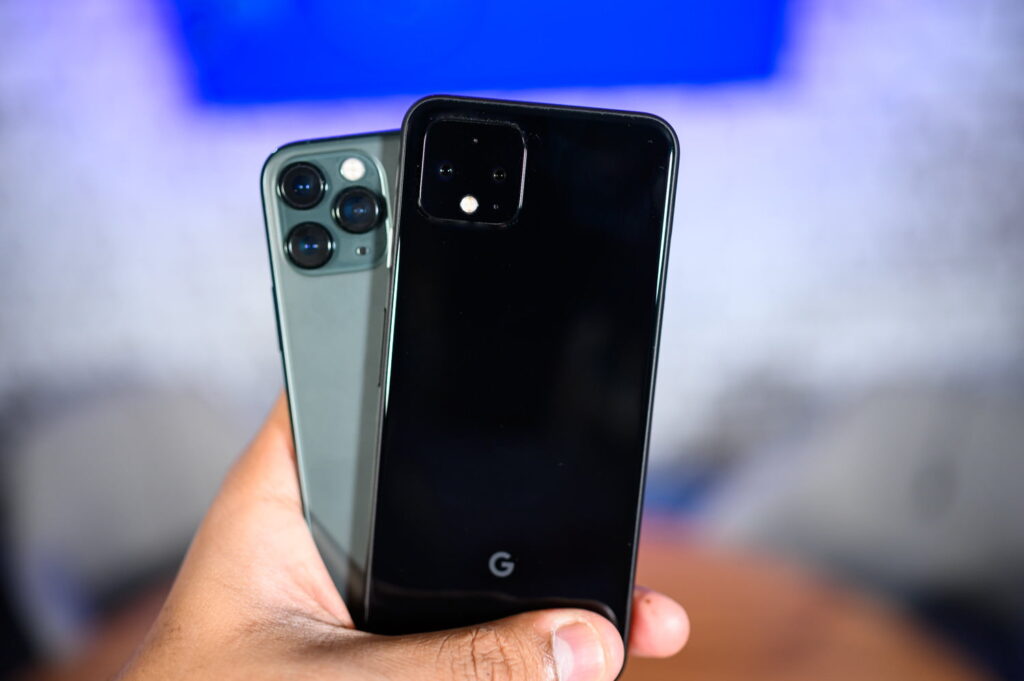 With new phones like the iPhone 13 and Pixel 6 either now available or soon-to-be released, the debate around the financial and environmental costs of buying smartphones rages on. Of course, some people will still need new phones every year, and others may just be getting their first phone. There are attendant issues with the annual upgrade cycle that affect your wallet and our planet, and certified renewed or refurbished phones are becoming more popular as a way to offset effects on both.

Why buy a certified refurbished or renewed phone?

The key thing in buying a phone (or any other device) that’s certified as refurbished is that you’re getting a discount. This can range from as little as 15% to as much as 60% depending on the age of the device, the physical condition, or even something as invisible as the week-to-week demand. A refurbished iPhone will always cost more than an equivalent Google Pixel, for example.

It’s worth noting that refurbished models are different from phones that are simply used. You can find many such phones on eBay, Facebook Marketplace, and other peer-to-peer trading sites. The doctrine of buyer beware applies when making purchases from there, and you’ll generally have little to no consumer protection.

When it comes to refurbished phones, many places sell them. You can purchase certified refurbished phones from manufacturers via their various renewal programs. Apple has its “Certified Refurbished” branding, while Samsung calls it a “Certified Re-Newed” program. Big retailers including Walmart and Best Buy have their own programs, while online stores like Amazon, Gazelle, Decluttr, and Back Market also specialize in refurbished or renewed phones. Your carrier will almost certainly have one as well, so check out AT&T, Verizon, or T-Mobile’s sites for options.

What does ‘certified’ refurbished or renewed mean?

So then, what does it mean when you see that a phone is certified refurbished? Strictly speaking, it means nothing. There’s no ultimate certifying body that goes around certifying phones as renewed or refurbished, as well as no consistent standard. Instead, what you need to do is to go to the company you’re buying the phone from and figure out what they mean and what it entails. For some, it may mean good as new or returned phones that work fine, while for others, it means fixed to the best of our ability. For others still, it could mean “we tried our best to break it and it didn’t so it’s probably fine.”

More realistically, it’ll depend on where you want to buy the phone from and their internal requirements (you can see our recommended outlets here). “Certified Renewed refers to our newest collection of electronics that have been refurbished directly by the brands that originally manufactured them or one of their authorized affiliates. That means that they come with official accessories and packaging, as well as the reassurance that these devices meet manufacturer quality standards perfectly,” phone reseller Back Market said in an interview with Digital Trends.

If you want to get a phone from Apple or Samsung directly, both offer their own refurbishment programs that offer discounts on as-new hardware. “Samsung Certified Re-Newed smartphones are thoroughly inspected and updated to like-new condition in a Samsung factory with certified Samsung parts and a new battery. Each smartphone in the program comes with a one-year warranty, offering consumers peace of mind that their device is protected,” the company said in an email. You’ll get a phone that’s essentially new with parts directly from Samsung, and the box will even be the same as if you’d purchased it brand new.

Just like Samsung, Apple will replace your phone’s parts as if they were new. In typical Apple-esque fashion, though, you won’t get the same kind of packaging that comes with normal iPhones. You’ll get a white box with the name of the product on it, but the standard of quality is the same.

Refurbished, renewed phones are a better deal than ever

The problem with buying refurbished phones in the past was that smartphone hardware, once a year or two out of date, was essentially obsolete. These days, it’s worth buying a refurbished phone as smartphones hardware ages slower and updates last longer.

A 2015 study from the Green Alliance noted that barriers to reuse included out-of-date operating systems, and that’s more or less ceasing to be an issue. Samsung, Xiaomi, and other mainstream Android brands have started committing to three or even four years of Android updates, and Apple supports iPhones as old as the iPhone 6S with iOS 15. While you probably shouldn’t go back that far, buying an iPhone from 2 to 3 years ago or an Android phone from the last year should serve you well.

The demand for refurbished phones has grown steadily year over year.

Even the battery bottleneck, the biggest issue with buying older phones, is fixed by refurbished phone sellers either replacing their batteries or ensuring that battery health is above a certain minimum. For most retailers, this number appears to be around 80% to 85%%, whereas Apple, Samsung, and presumably carrier stores install entirely new batteries, Again, you’ll want to check the exact policy of the seller before you make the purchase.

Perhaps as a result of these factors, the demand for refurbished phones has grown steadily year over year. A study commissioned by Back Market says that the attitudes toward refurbished phones have shifted positively over time. “In May of 2019, 16% of people were buying refurbished for environmental reasons; in February 2021, that number is 25%,” the company said. It added that, “in 2019, 65% of surveyed customers said they do not feel confident buying refurbished; in 2021, 65% say they do feel confident.” When we raised the same question with Samsung, the company said that it had seen demand for refurbished smartphones double year over year from 2020.

The environmental case for recycling your phone

Even phones like the more recent iPhone 12 or Galaxy S21 can be had refurbished now. “Manufacturing a new smartphone produces anywhere from 150 to 180 pounds of carbon emissions, while renewing a smartphone produces 24 pounds of CO2e,” Back Market said, citing studies from Apple and itself. respectively.

Of course, if you want to be on the bleeding edge of technology, with the latest cameras that can capture the mood, chips that can process at speeds faster than you’d ever notice, and displays that are smoother than a playground slide slicked up with oil, you’d want a new phone. For everyone else who just wants a phone that’s powerful, good enough, and lasts a decent amount of time, there are options that won’t be quite so harmful to the environment.