How to Use Android Apps in Windows 11 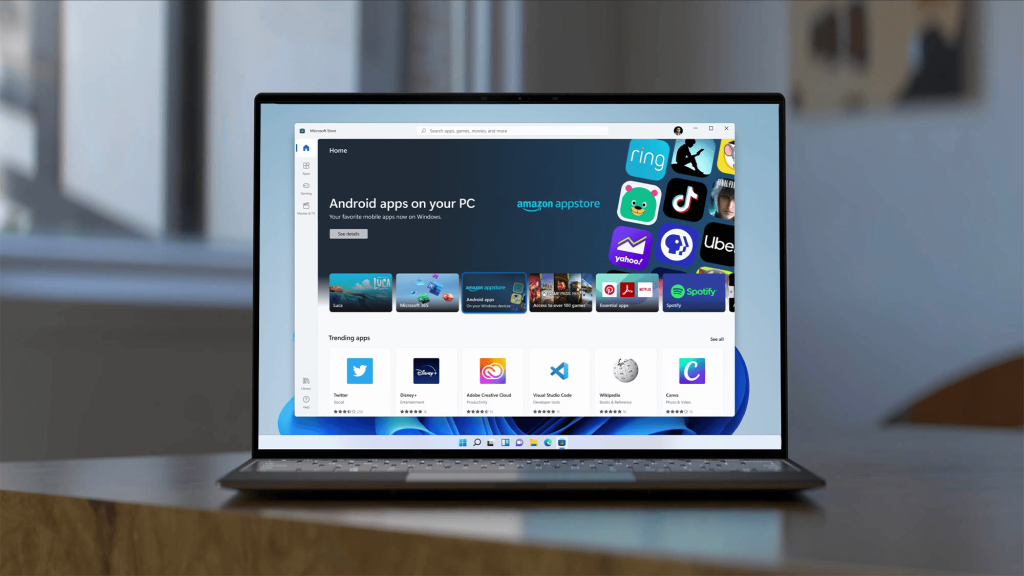 Windows 11 is officially here, but it arrived with its most unique feature missing — Android app support. Despite a big fuss around Android apps coming to Windows 11, Microsoft didn’t include it with the initial release. The company is working on rolling it out to Insiders, but we still don’t know when it’s coming.

You don’t need the go-ahead from Microsoft to start using Android apps on Windows, though. There are a bunch of free Android emulators that you can download and start using now. None of them are perfect, and they emulate Android apps instead of running them natively like Windows 11, but they offer a workaround for the time being.

It might be a good idea to get familiar with one of these emulators anyway — Windows 11 only supports Android apps through the Amazon App Store, which features only a fraction of the apps available on Google Play.

How to still use Android apps on Windows 11

Windows 11 is brand new, so you might run into issues with using Android app emulators. We downloaded some of the most popular options to give them a shot. Most emulators have a gaming slant, and that was true of the three we tried. If you want a pure Android experience, you can use the emulator inside the Android development kit, but it’s a little involved to get set up.

All of the apps we chose are unconditionally free. You can download them without donating or sharing any personal information. We have an in-depth guide on running Android apps on Windows if you want a few more options, too.

BlueStacks is the best Android app emulator available on Windows. There are two main reasons why: It’s dead simple to use, and it comes with access to the Google Play Store. From downloading the installer, we had Android up and running with a few apps installed in a matter of minutes.

Everything is already there for you. That includes the Google Play Store, but also the BlueStacks Game Center and Android system apps. You can run Chrome through Android with Chrome open on Windows for the ultimate meta web browsing experience, even.

BlueStacks comes packed with features, too. It supports a keyboard and mouse, as well as gamepads, right out of the box. You can also record macros and add scripts to use in apps, and it even supports real-time translation for apps in a different language. That’s only a small snapshot of the features, too. If you want Android apps on Windows 11, BlueStacks should be the first app you reach for.

GameLoop is exclusively focused on gaming, and in particular, PUBG Mobile. Formerly known as Tencent Game Buddy, the app automatically installs Tencent’s anti-cheat software, and it’s meant for competitive mobile games like PUBG Mobile and Pokémon Unite. If you just want to run Android apps, this isn’t the emulator for you.

For gamers, though, it’s great. PUBG Mobile comes pre-installed, and you have access to over 1,000 titles through the Google Play Games store. The only point of contention is the anti-cheat software, which idly runs in the background whenever you have GameLoop up and running.

MEmu Emulator and LDPlayer both presented a list of issues. They came down to virtualization being disabled, which is the default mode for most PCs. You can enable CPU virtualization through your BIOS, but if you can’t be bothered, it’s best to stick with BlueStacks. It benefits tremendously from virtualization, but it’s not required.

Both apps are focused on gaming, but you can install other Android apps manually if you want. Overall, though, we’d recommend sticking with one of the other options. BlueStacks is a great Android emulator all around, and GameLoop is great if all you care about is gaming. MEmu Emulator and LDPlayer require a little more work.