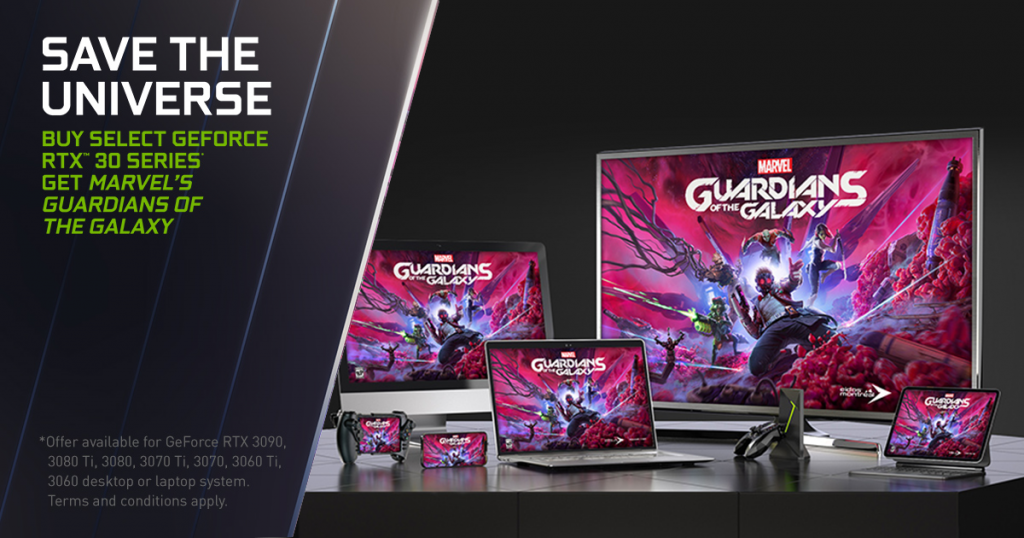 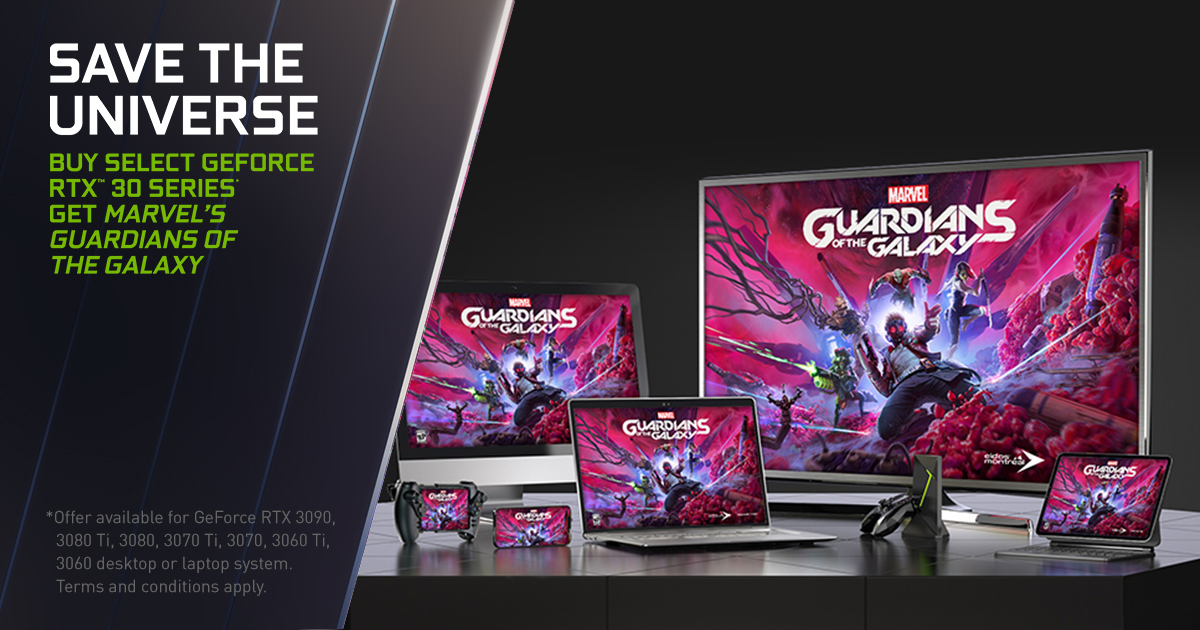 NVIDIA has announced a new Desktop/Laptop bundle for gamers who want to try out the PC version of Marvel’s Guardians of the Galaxy. The game is enhanced with the highest levels of details, ray-traced reflections rendered in real-time, performance accelerating DLSS support, and all the trimmings one would expect from a title of this caliber.

NVIDIA launched a new bundle that includes the digital copy of Marvel’s Guardians of the Galaxy when you purchase a participating RTX laptop or desktop. There’s a wide array of models on offer, featuring everything from a GeForce RTX 3060, all the way up to the GeForce RTX 3090. Some of the participating laptop models include:

Oxenfree II Preview – Learning About My Friends Through Time

You can check the full list of Desktop and Laptop bundles offered by NVIDIA on the company’s Marvel’s Guardians of the Galaxy bundle page. That way, you’ll find the perfect RTX PC for your needs.

This game is just one of over 100 games that use GeForce NOW to let players with all kinds of gaming systems play the games regardless of how powerful their hardware is. You can see all of the improvements offered in the PC version of Marvel’s Guardians of the Galaxy in the article we wrote before.