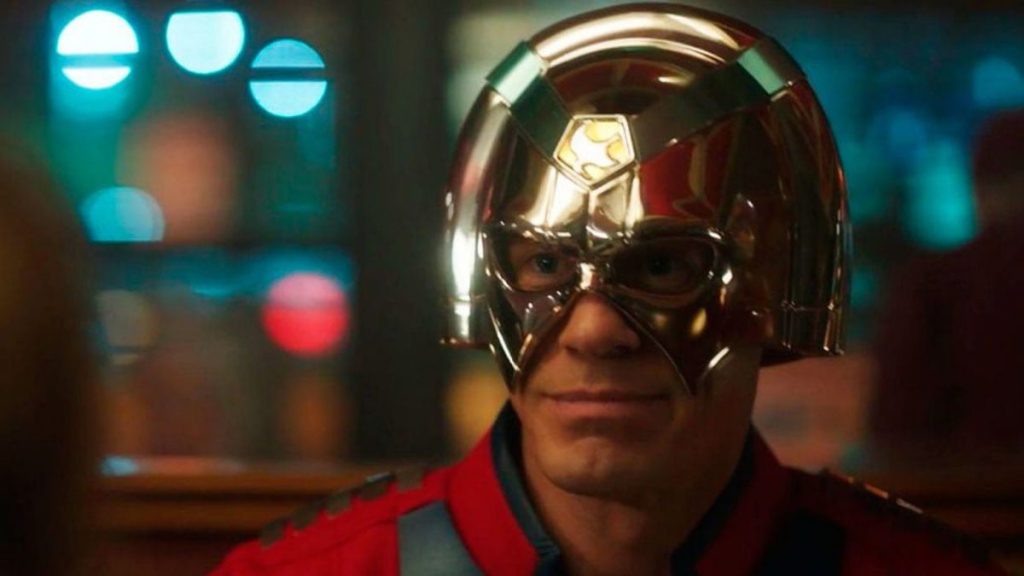 If you have no idea who Peacemaker is supposed to be, don’t worry. Even among dedicated DC Comics fans, Peacemaker wasn’t exactly an A-list comic book character before writer and director James Gunn placed him in The Suicide Squad earlier this year. Gunn cast former WWE wrestler John Cena as Peacemaker, and he must have liked what he saw in Cena’s performance because out of every surviving member of Task Force X, Peacemaker is the only one who is getting a spinoff series on HBO Max.

As part of this morning’s HBO Max Europe preview, fans got their first look at the new Peacemaker series. It’s worth mentioning that Peacemaker’s real name is Christopher Smith, but there’s never a moment when he isn’t Peacemaker. The concept of a secret identity is foreign to Christopher, and he can’t resist wearing his new Peacemaker costume out to a casual dinner with his co-workers. Fair warning: There’s a lot of NSFW language in the following clip.

In case you haven’t seen The Suicide Squad, there’s a very good reason why Peacemaker’s colleagues hate him so much. He was the lone member of Task Force X who was willing to kill his teammates just to protect the dirty secrets of the U.S. government. Peacemaker is also demonstrably unbalanced, with a single-minded devotion to an insane notion of “peace” no matter how many people he has to kill to achieve it. Regardless of his shortcomings, Peacemaker is a very efficient killer. He’s just not very good at anything else, including social situations.

The post-credits scene of The Suicide Squad set up the events of this series, as Amanda Waller (Viola Davis) forced John Economos (Steve Agee) and Emilia Harcourt (Jennifer Holland) to work with Peacemaker. Both of them suspected that this was Waller’s revenge for preventing her from killing members of Task Force X when they disobeyed her orders. Now, they’re stuck with a very undesirable assignment.

Perhaps that’s why John and Emilia have some particularly brutal verbal takedowns for Peacemaker in this clip. Even the newcomers, Leota Adebayo (Danielle Brooks) and Clemson Murn (Chukwudi Iwuji), get in on the act and berate Peacemaker’s ludicrous choices. The surprising thing here is that Peacemaker actually seems to be affected by their words. Yet true to his nature, Peacemaker completely misinterprets why they’re being mean to him.

Robert Patrick will also star in this series as Peacemaker’s father, Auggie Smith. And Freddie Stroma will portray Adrian Chase, a district attorney who moonlights as a vigilante called Vigilante. We’re guessing that creativity wasn’t Adrian’s strong suit, although that is also the code name he has in the comics.

Peacemaker will debut on HBO Max in January 2022.