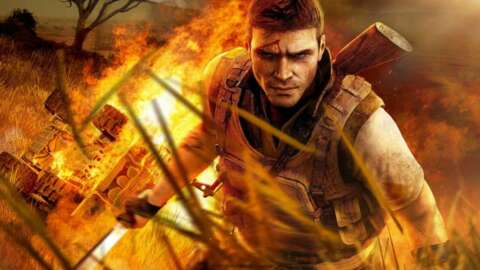 For years, fans have speculated that Far Cry 2‘s villain The Jackal and Far Cry protagonist Jack Carver are one and the same. Now, 13 years after the sequel was released, the game’s creative director has confirmed the theory to be true, even though it’s never been corroborated by any in-game material.

In an interview with IGN for a documentary on the Far Cry series’ villains, Far Cry 2’s creative director Clint Hocking confirmed that Jack Carver was definitely The Jackal.

“The Jackal is actually supposed to be Jack Carver from the original Far Cry,” Hocking confirmed. “Jack Carver in the original Far Cry was this shifty, smuggler, gun runner kind of crook. The idea was [the Jackal] is just him, 10 years later or something, after he’s seen whatever he saw on this island. Maybe it was drug induced, maybe it’s post-traumatic stress disorder, or maybe it’s real. But the idea is, a decade later, he has levelled up his smuggling game, and he’s gotten embroiled in this conflict.”

The confirmation is sweet vindication for all the fans who believed The Jackal theory, having pieced it together from a number of clues left by the dev team. The theory was already a very credible one, after data miners revealed that all of The Jackal’s texture files have “jackcarver” in the name. Others had suggested the link after noticing the two characters had similar backgrounds, with both having served in the US Navy, and being involved in illegal arms trading.

The first two Far Cry games aren’t the only ones in the series that are linked, with recurring characters and events giving the impression that all the games happen in the same enduring world. Far Cry 6 will be the next game to let players explore this world when it releases on October 7.