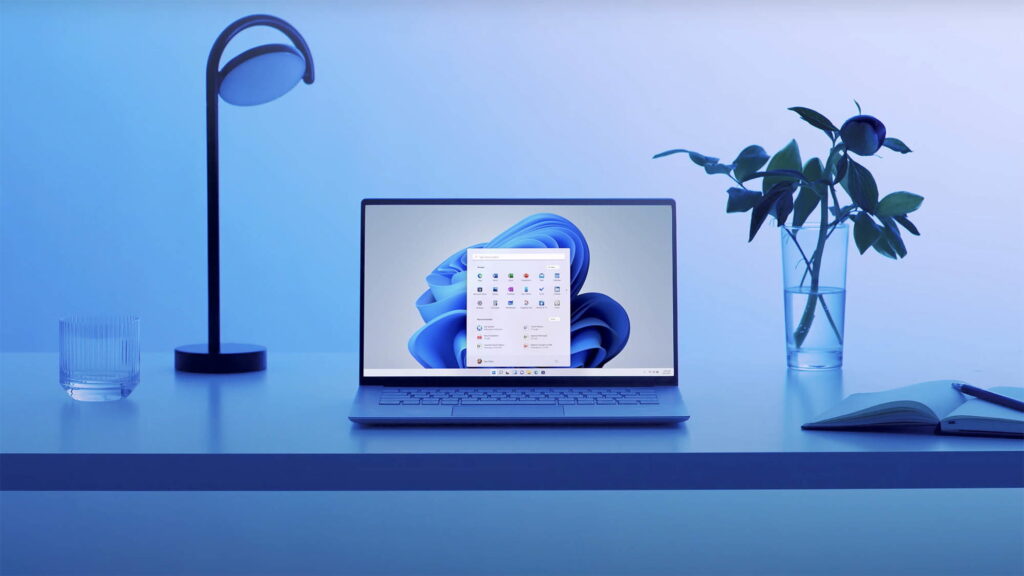 Windows 11 marks a big departure from Windows 10 in terms of design, but the two operating systems are very similar under the hood. With the new OS now available on select devices — and through download from Microsoft — we’re here to help you decide if you should upgrade.

Visually, the two are quite different, but there are also key under-the-hood changes that set the next generation of Windows apart from the current generation. You probably have questions about whether you should upgrade, and we have you covered with this look at all the differences between the two.

Should you upgrade to Windows 11?

If you have a Surface device or a new device from one of Microsoft’s partners, you’ll get Windows 11 when it releases on October 5. New devices that still have Windows 10 installed will be able to upgrade to the new version through Windows Update. After that, Microsoft says it’s taking a phased approach, and it expects to have updates out to all compatible PCs by the middle of 2022.

There’s another path, though: The Installation Assistant allows you to install Windows 11 on a compatible PC the moment it releases. Although Microsoft isn’t recommending against this route, it’s possible that some hardware will cause issues, so you might run into a few bugs or Blue Screens of Death.

If you have a compatible device, you should upgrade to Windows 11 to give it a try. There’s a catch, though. After you upgrade, you’ll only have 10 days to revert back to Windows 10. Microsoft is supporting Windows 10 through 2025, but you’ll need to do a clean install (erase all your data) after that 10-day downgrade window.

There are some changes that you need to know about if you plan to upgrade. Windows 11 removes some features from Windows 10.

You can no longer sync your desktop wallpaper, Internet Explorer and the Math Input panel are gone, and a few apps are also removed. Those apps are 3D viewer, OneNote for Windows 10, Paint 3D, and Skype. You can still find those in the store, though. Microsoft has a full list if you’re concerned.

If you’re a gamer, note that Windows 11 has some exclusive features catered to you. Auto HDR makes your games look more vibrant, and Direct Storage helps your graphics card and SSD communicate faster.

If you’re looking at the differences between Windows 11 and Windows 10, the biggest ones are the Start Menu and the Taskbar. In Windows 11, Microsoft centers the Taskbar and the Start Menu on the screen. This makes it look a bit more like MacOS and ChromeOS. However, you can still move it back to the left if you want.

Speaking of the Start Menu, in Windows 11, it is a bit more simplistic. You only see a static list of apps, followed by your most frequented documents on the bottom. You can expand out your apps, scroll through the list, and pin apps as you choose. That might sound familiar, but it is important to note that Windows 11 drops out support for Live Tiles. If you really want to see information in your Start Menu at a glance, then Windows 10 is best.

As for the Taskbar, note that there are some big changes in Windows 11 when compared to Windows 10. Microsoft has collapsed the search box into an icon, and also removed the Cortana functions in Windows 11. If you want Cortana, you’ll need to download the app. Search also moves to the center of the screen, with a floating design and tabbed layout similar to Windows 10.

But if you want to pin your Taskbar to the right or the left of the screen, then we have bad news. You can no longer do that, as in Windows 11 the Taskbar only stays on the bottom. Apps can’t customize the taskbar, either.

A lot of these changes are just visual. Windows 11 and Windows 10 share the same features, and it’s just the way that things look that is different.

You might have seen Microsoft’s multitasking demo in Windows 11, and wondered if it’ll be ported over to Windows 10. As far as we know, this is a Windows 11-exclusive feature, and you won’t be seeing it in Windows 10.

In Windows 11, you can increase your multitasking and system performance with Snap Layouts that group your windows and save them to the taskbar. Hover over the maximize button and you can tile windows in various sizes. Windows 10 won’t have this. It keeps the traditional “Snap” feature, where you’ll need to manually tile your windows with a keyboard combination or by hovering to a certain side of the screen.

Windows 10 has a traditional tablet mode that makes your PC go to a full-screen Start Menu experience. In Windows 11, this is removed.

Instead, Windows 11 behaves more like an iPad, where when you switch your device to a tablet, things become easier to touch. You’ll even see an effect under your window when you touch it with your finger. Microsoft also added gestures for opening and closing windows, switching between desktops, and new options in the Windows Ink Workspace. All of these aren’t in Windows 10’s tablet mode, which largely was hard to understand for many.

The app store in Windows 11 and Windows 10 will be pretty similar in the future, but with a key difference. Windows 11’s app store brings support for Android apps via the Amazon Appstore, though not in the initial version that’s coming on October 5. You won’t get that in Windows 10 because Windows 11 depends on the new Windows Subsystem for Android.

The newly redesigned Microsoft Store in Windows 11, which makes it easier to find apps and movies, will also eventually make it to Windows 10, but you won’t get Android apps. The store still allows you to download all Windows apps across both operating systems. That includes Win32 apps, UWP apps, and Progressive Web Apps.

As mentioned, the updated Microsoft Store is coming to Windows 10, too. The only difference is Android app support on Windows 11, which isn’t available at launch. We don’t have word yet on when they’ll show up.

For many, the difference between Windows 10 and Windows 11 comes down to compatibility. Windows 11 marks the first significant shake-up in supported CPUs since the release of Windows 8.1. If you want the latest OS, you’ll need an Intel Core 8th-gen processor or newer, or an AMD Ryzen 2000 processor or newer.

That cuts out a lot of PCs from being officially supported. 8th-gen Intel processors arrived in late 2017, and Ryzen 2000 chips didn’t arrive until 2018. In short, if your computer is more than four years old, there’s a good chance that it’s not supported by Windows 11. That might be the deciding factor between it and Windows 10.

Other system requirements include TPM 2.0 — which is available on the vast majority of recent PCs — as well as UEFI Secure Boot. If you have a supported processor, you shouldn’t need to worry about these two other requirements. Microsoft has required these features from its manufacturing partners for years.

There is a way to install Windows 11 on unsupported hardware, but we wouldn’t recommend it. Although Microsoft hasn’t confirmed it, the company has heavily implied that unsupported users won’t receive critical security updates. If you still want to install, you can do so using the Media Creation Tool, which bypasses hardware checks.

Windows 11 breaks from the semi-annual update cadence of Windows 10 in favor of a single annual update. That’s just like MacOS. Microsoft is committed to supporting Windows 10 through 2025, and it should continue to receive updates throughout that time.