You shouldn’t upgrade to Windows 11 yet 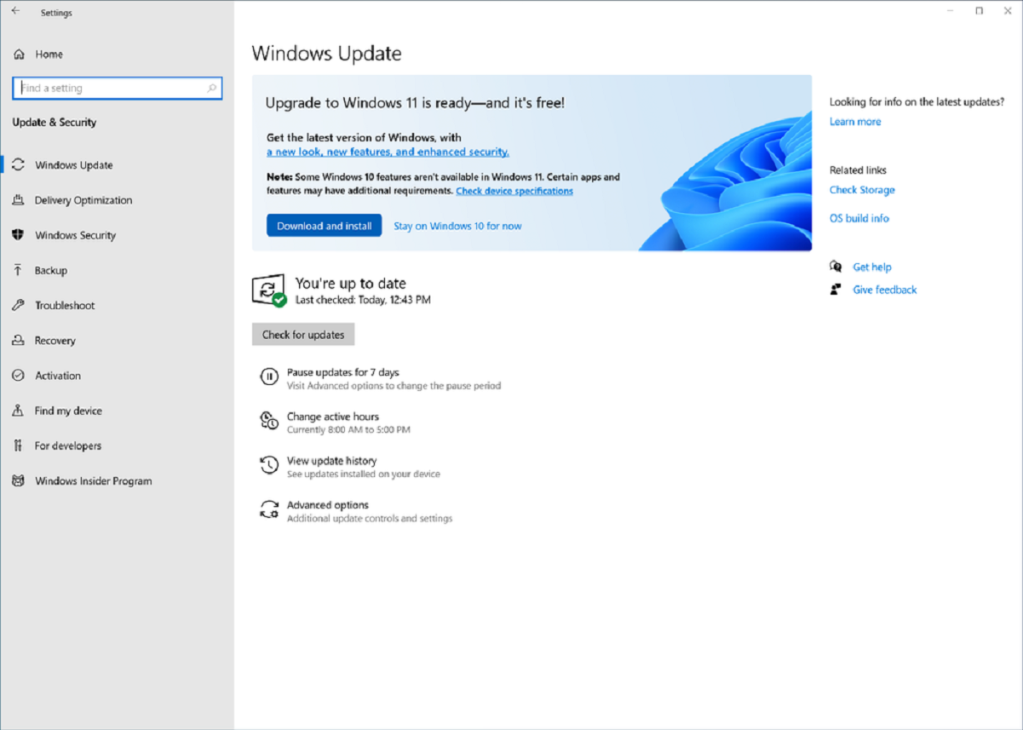 On or after October 5, your computer will offer you a choice: upgrade to Windows 11, or remain on Windows 10. You’ll probably want to stay put.

Normally, feature updates are a no-brainer. Updating your PC from one Windows 10 version to another typically offers you security updates, bug fixes, and new features, justifying the hassle. You don’t really have the freedom to opt out of a Windows 10 update, either—you can only delay it for a short time. But Windows 11 offers you a true choice. Microsoft says that it will support Windows 10 until 2025, giving you the option to remain on it for a few more years before it goes end-of-life.

We’ve reviewed Windows 11, and we think you should decline the upgrade and remain on Windows 10 for now, for several reasons.

Knowing your way around an operating system or a supermarket or a car’s engine matters, especially if you can instinctively navigate through it. Windows 11 offers the same Taskbar and Start menu and File Explorer as Windows 10, but with unfamiliar layouts, icons, and navigation. You simply won’t be as efficient as you are in Windows 10 until you learn the ins and outs of Windows 11.

This also matters in such mundane apps as File Explorer. Microsoft’s navigation system for performing such basic tasks as renaming files has been replaced by obtuse icons that simply aren’t as memorable as Microsoft probably hopes that they’ll be. Microsoft has every right to rework and update Windows, but if you have to devote conscious thought to how to do something, you’re justified wondering if changes were made for sake of simply changing things.

Windows 11 is usable in its present form, without a doubt. But there are little issues littered throughout the OS which will certainly irritate new users.

Take the Taskbar and the Start menu, which are both less functional than in Windows 10. Windows 11’s Taskbar is dynamically centered, which pushes the Start menu icon further and further left as more apps are opened. The Taskbar can’t be resized, or moved, and users can’t view the icons in tabbed mode with text explanations instead. When you install new apps, you can pin them to the Taskbar, but not directly to the Start menu; those apps appear in the “All apps” menu within Start, where they can then be pinned to the main Start menu. Did we mention the Taskbar’s weird badging system? Or the Notifications calendar that doesn’t do anything but sit there?

Familiarity and features go hand in hand. If Windows 11 offered additional capabilities, learning its quirks would be justified. But we think that most people will simply find the more familiar Windows 10 environment to be more productive, too.

For a certain class of users—PC gamers—Microsoft’s new DirectStorage technology could be the biggest selling point of Windows 11. We also think that many Windows 11 users will also be tickled to discover that they can run smartphone-style Android apps on the Windows 11 desktop. But neither capability will be available when Windows 11 launches on October 5.

DirectStorage, the foundation of the Quick Resume capability on the Xbox Series X, eliminates the need to launch a game and wade through splash screens, menus and other time-wasting cruft. It simply resumes the game right where you left off, and that’s a literal game-changer. But DirectStorage also requires at least an NVMe SSD of at least a terabyte or more, and it requires game developers to specifically design games for the DirectStorage SDK. Neither appear to be present at the launch of Windows 11 (and DirectStorage will be coming to Windows 10 in some fashion, as well). Meanwhile, the state of Android apps within Windows are more straightforward—they just aren’t ready.

If two of the biggest Windows 11 features won’t be available at launch, why bother upgrading?

New operating systems contain new code, and new code means bugs. Even as I write this, a maximized Edge window is covering the entire Windows 11 screen, including the taskbar. We’ve seen bugs blank the Widgets windows and prevent you from typing in fields inside Windows 11 Mail. And in the past, we’ve seen Windows bugs associated with features updates actually delete user data.

It seems fairly clear that Windows 11 will ship with some bugs, obvious or not. Why live with them? Sit it out for a while instead.

Opting out of Windows 11, for now, doesn’t mean that your choice to upgrade goes away. For one thing, remember how hard Microsoft pushed users to upgrade from Windows 8 to Windows 10? We’d be shocked if Microsoft didn’t, er, encourage users as enthusiastically as it did previously, all in the service of upgrading to Windows 11. We simply can’t imagine that you’ll lose the opportunity to upgrade to Windows 11, ever.

There will be a tipping point. At some time in the future, we believe that Microsoft will ship Windows 11’s flagship features, polish the user interface, fix (most) bugs, and hopefully tweak its user interface and features. We can’t say when that might be, but we’ll weigh in when we think that it’s time to upgrade.

For now, however, we would recommend that most people simply opt out and wait to move to Windows 11. Most—not all! If you enjoy working within Microsoft’s most modern environment, we’d encourage you to upgrade. People who want to experience features like AutoHDR or like what Microsoft is doing with Windows 11’s Widgets should give it a try. After all, you should have a short period of time to roll back to Windows 10.

Windows 11 still is the future of Windows. For many Windows 10 users, though, that the future can wait. Check out our exhaustive Windows 11 review if you’d like to dive even deeper into our impressions of Microsoft’s latest OS.

As PCWorld’s senior editor, Mark focuses on Microsoft news and chip technology, among other beats. He has formerly written for PCMag, BYTE, Slashdot, eWEEK, and ReadWrite.