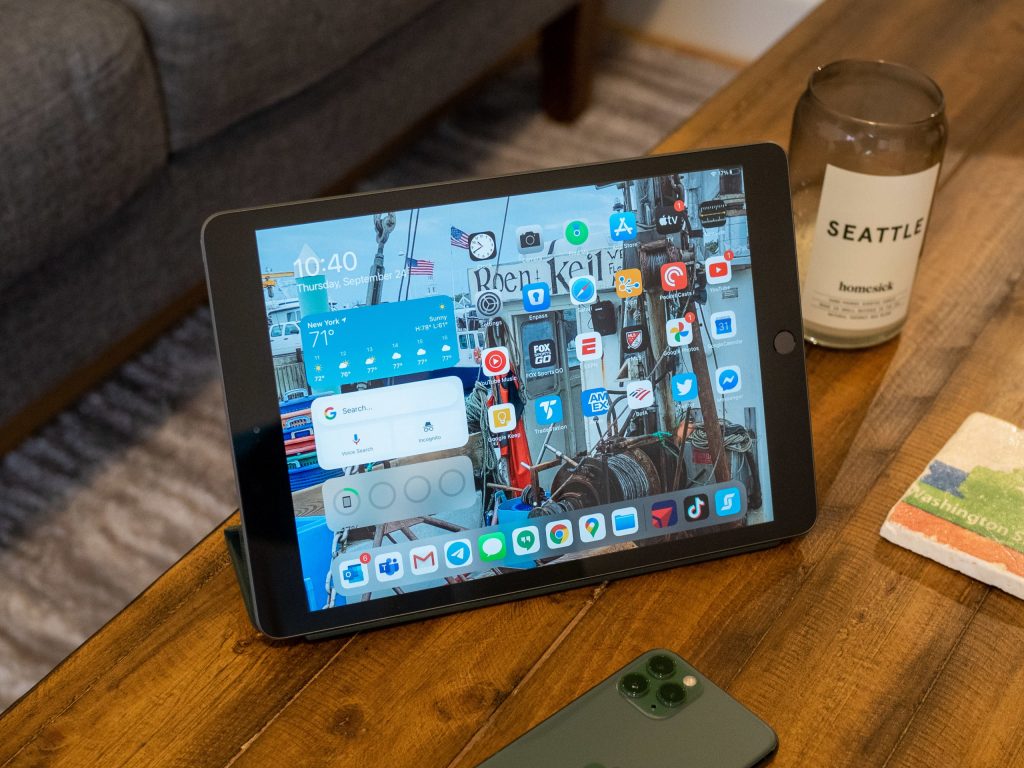 The standard iPad is arguably the unsung hero of Apple’s gadget lineup. Lacking the thrills and enhancements of the iPad Pro, the iPhone 13 Pro or the M1-powered Macs, it nonetheless delivers a flawless Apple user experience via some very reliable hardware. It’s so unsung, in fact, that fans may have failed to notice that Apple announced a ninth-generation 10.2-inch iPad during its September event, even though the iPad (2021) (as it’s known) introduced some notable improvements over the iPad (2020).

Such improvements include expanded internal memory, the A13 Bionic chip (as opposed to the A12), and a new 12-megapixel ultrawide selfie camera, capable of supporting Apple’s Center Stage feature. It certainly looks like an improvement over its predecessor, but just how much better is it in practice? Moreover, is it worth upgrading to if you already have the iPad (2020)?

We answer this question in this iPad (2021) versus iPad (2020) head-to-head. By comparing the devices’ specs, designs, displays, performance, cameras, and special features, we’ll be able to settle the matter once and for all.

You may be surprised to learn that the iPad (2021) looks identical to the iPad (2020). That means you get fairly prominent top and bottom bezels, a Touch ID-compatible home button, exactly the same spatial dimensions, and the same smooth aluminum casing. The only difference — and this is extremely minor — is that the newer iPad is fractionally heavier than its older sister, although you won’t really notice this. One other difference is that, unlike the iPad (2020), the latest version isn’t available in gold, so you’ll have to settle for either silver or Space Gray.

Likewise, both iPads make use of a 10.2-inch Retina IPS LCD touchscreen with a resolution of 2160 x 1620 pixels, giving you exactly the same pixels per inch (264). Despite lacking the wow factor of the iPad Pro, this display is bright and vivid enough to please the vast majority of users, and you’ll no doubt happily watch media and talk with friends/family to your heart’s content.

Finishing off this round of name-the-similarities, it’s worth pointing out that neither device comes with an IP rating. So don’t take either of them into the bath with you.

As was the case last year, it’s performance where the two iPads differ the most. Namely, the iPad (2021) contains a newer processor, the Apple A13 Bionic (previously seen in the iPhone 11 series). This is a highly capable chip, and while the iPad (2020)’s A12 is also still pretty agile, it will do a slightly better job of multitasking and handling the latest apps or games. That said, both devices appear to come with 3GB of RAM (we haven’t confirmed the 2021 model’s RAM yet), so the difference in speed won’t be hugely significant.

Another key difference is that that the iPad (2021) packs 64GB of internal memory as standard, while the 2020 model offers you only 32GB. In this age of large file sizes and compulsive photography, this doubling of storage space really makes a big difference. In fact, you can bump up the newer iPad’s storage to 256GB for an extra $150, something that will really bring it into 2021.

Apple always remains tight-lipped about battery sizes, but initial reports do suggest that the iPad (2021) offers very similar day-to-day life to the 2020 model. Our review of the iPad (2020) found that it lasted several days under light-to-moderate use without needing a recharge, so we would expect the same to be the case with the iPad (2021), although we will of course need a full review to confirm this.

Even assuming the same battery life, the newer processor and extra storage are enough to give the iPad (2021) the win in this round.

The rear cameras of the iPad (2021) and iPad (2020) happen to be identical. They each feature an 8-megapixel wide lens, coming with the same f/2.4 aperture, as well as the same autofocus, panorama, and HDR features. Given that both devices support iPadOS 15, their camera software will also be identical, so you’ll attain a similar level of quality with your photos. This means that you’ll be able to take shareable if not spectacular pics, although if you have a recent iPhone or Android, you will probably stick with that whenever it’s near to hand.

However, while the iPad (2020) offered only a 1.2MP selfie camera, the iPad (2021) carries the 12MP ultrawide selfie camera we saw on the iPad Pro (and now also on the latest iPad Mini). Not only does this enable much greater clarity and detail, but it’s also compatible with Apple’s much-vaunted Center Stage feature, which basically ensures you remain in the middle of any selfie shot.

This may not be a massive difference, but the improved quality of the selfie lens is enough to give the iPad (2021) another win.

Yes, the iPad (2021) and iPad (2020) both run on iPadOS 15. This introduces a number of useful new features, including refined multitasking, as well as the ability to add floating windows in Mail, Notes, and Message. All in all, it provides another subtle yet very helpful evolution of the already streamlined iPadOS experience.

While the iPad (2021) may be one year newer than the iPad (2020), you can rest assured that both will be supported with updates for an appreciably long time (certainly longer than you’ll most likely use either device). Accordingly, this round is a tie.

What’s special about the standard iPad is that it offers the core Apple experience at a fraction of the usual price. Put differently, don’t expect any other extraordinarily special features on either device.

Having said that, both support the first-generation Apple Pencil, something that opens up a range of productivity and multitasking functionality. Of course, you will need to spend extra money ($89) for the Pencil, but it is genuinely worth it if you do use your tablet for work or creativity purposes.

Other than that, the only special feature to note is the aforementioned Center Stage, which the iPad (2021) uses to ensure you remain the middle of the shot when video-chatting. However, this isn’t a particularly momentous addition (since other iPads boast it), so it’s not enough to stop this round from being a tie.

The eighth-generation iPad (2019) officially started at $329 (for the basic 32GB Wi-Fi-only model). However, it’s no longer sold directly by Apple, so you will need to look at places like Amazon, Best Buy, eBay, or Walmart if you want to get your hands on one. You should be able to find it for a slight discount nowadays.

There isn’t a huge difference between the iPad (2021) and the iPad (2020), but the newer model nonetheless carries the day. This is mostly by virtue of its faster processor, doubled storage, and new 12MP ultrawide selfie camera. Otherwise, the two models really are more or less the same device, which isn’t necessarily a bad thing, since it was already a great device to begin with.

This means that, if you already have an iPad (2020), you probably don’t need to upgrade just yet, unless you find a good trade-in deal.