AWAY: The Survival Series

There aren’t many things in this increasingly divided world that everyone can still agree on, but Planet Earth is one of them (the BBC series, not the actual planet – that’s as divisive as ever). Who doesn’t enjoy watching animals doing weird things in HD while David Attenborough gently narrates? But what if you could actually control an episode of Planet Earth? To personally eat or be eaten, instead of just watching it play out? That’s the elevator pitch for AWAY: The Survival Series from freshman Montreal-based developer Breaking Walls. 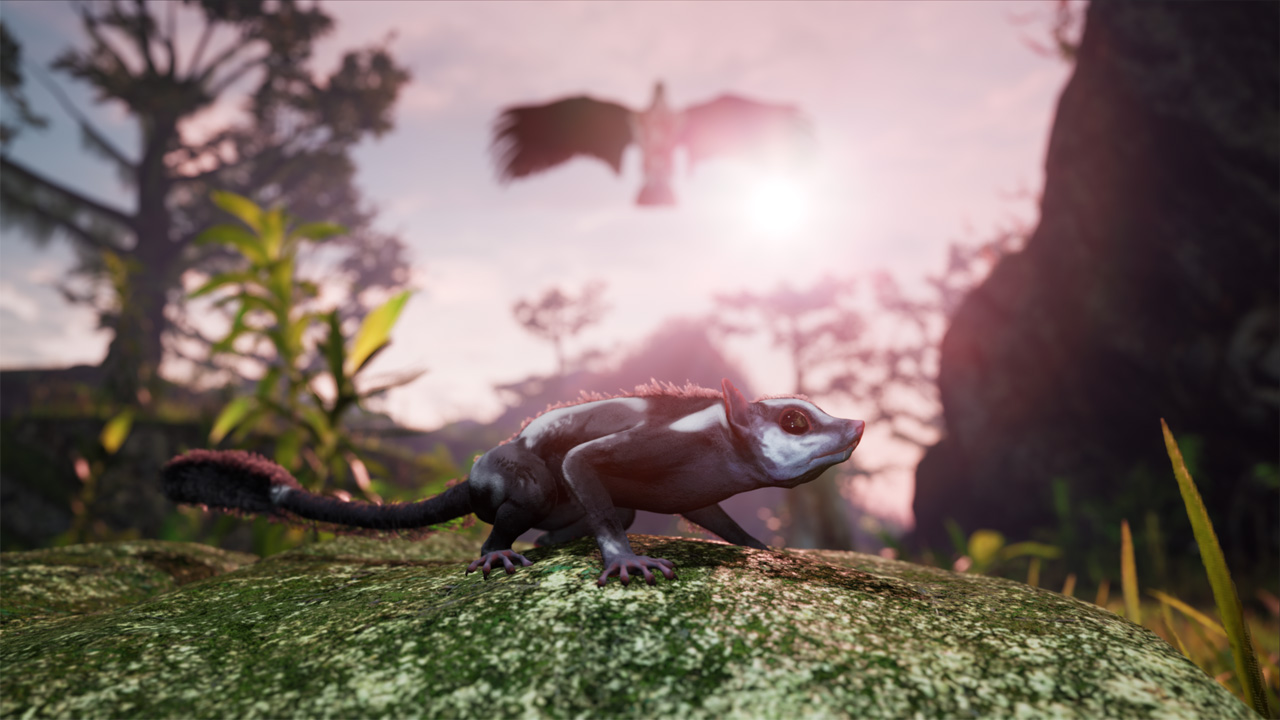 AWAY: The Survival Series casts players as a sugar glider, a tiny marsupial that’s essentially one part opossum, one part flying squirrel. After a series of misadventures, you set off alone into the wide dangerous world in order to save your mother and sister, who have been carried off by an intimidating bearded vulture. If you’re expecting realism, or to learn much about sugar gliders, you’re in for a disappointment – this is a nature documentary in the same way Bambi is. Sure, your sugar glider doesn’t talk, but the game constantly attributes human-like problem-solving capabilities and emotions to its peanut-sized brain. But hey, it’s nice to imagine sugar glider families actually love each other, isn’t it?

Surprisingly, the game doesn’t have a particularly strong environmental message either. As you explore, it becomes apparent this is a post-human-civilization world, but despite the game’s marketing (and the interview I conducted with the developers) it isn’t really clear that the end of humanity was caused by the end results of global warming or any other contemporary environmental issue. At one point you come across a massive whale skeleton stranded on dry land. Later on, you encounter a towering fire tornado. Whatever mysterious disaster has befallen the planet is strictly of the Roland Emmerich variety – a The-Day-After-Tomorrow-style apocalypse not rooted in any particular reality. 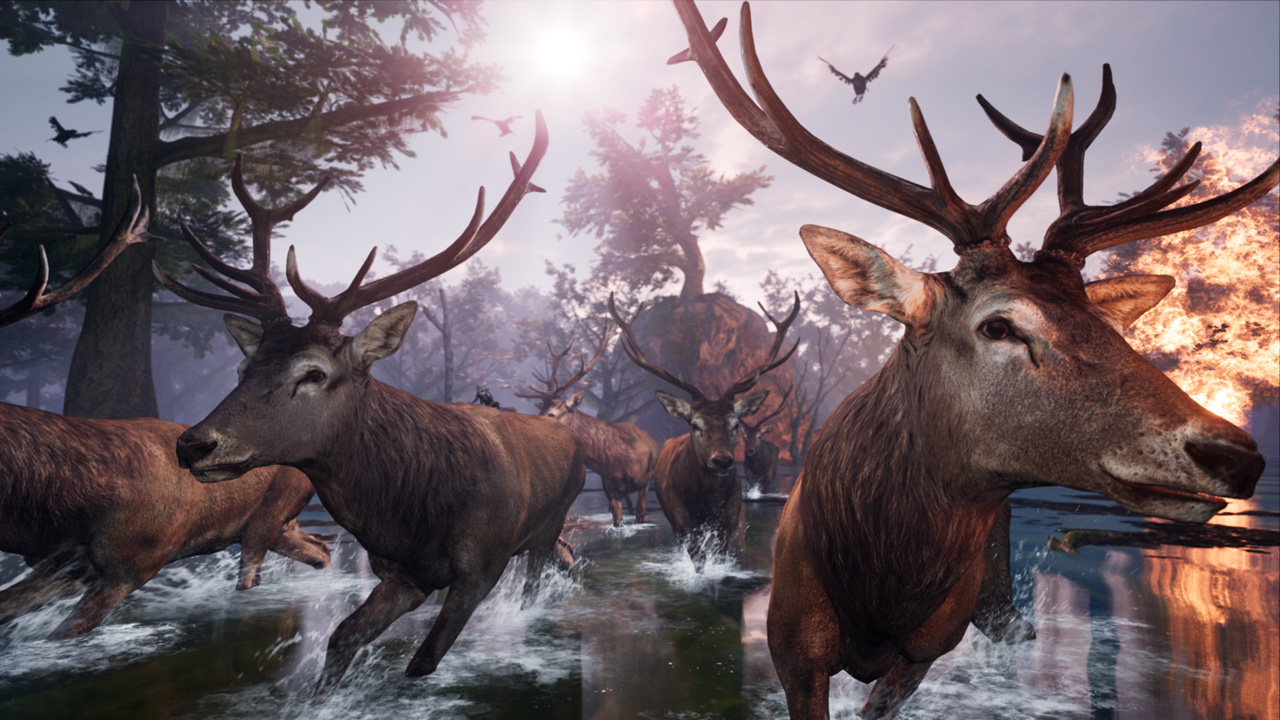 But hey, as long as you don’t go in expecting any real educational value, AWAY: The Survival Series can be charming at times. The game’s visuals betray its indie origins – you won’t be mistaking the game’s environments for the real thing – but your sugar glider is cute in a slightly rat-like way. More than any other game I’ve played in a while, AWAY really relies on its audio. The narration gimmick actually works, as AWAY’s Attenborough impersonator sounds the part and the game does a surprisingly good job of (almost) always delivering the right line at the right time. I really think the game would be significantly less compelling without the voiceover, and I wouldn’t mind if other games cribbed the idea. Meanwhile, the game’s soundtrack, created by Planet Earth II composer Mike Raznick, does a great job of setting the mood and amping up the tension when needed. 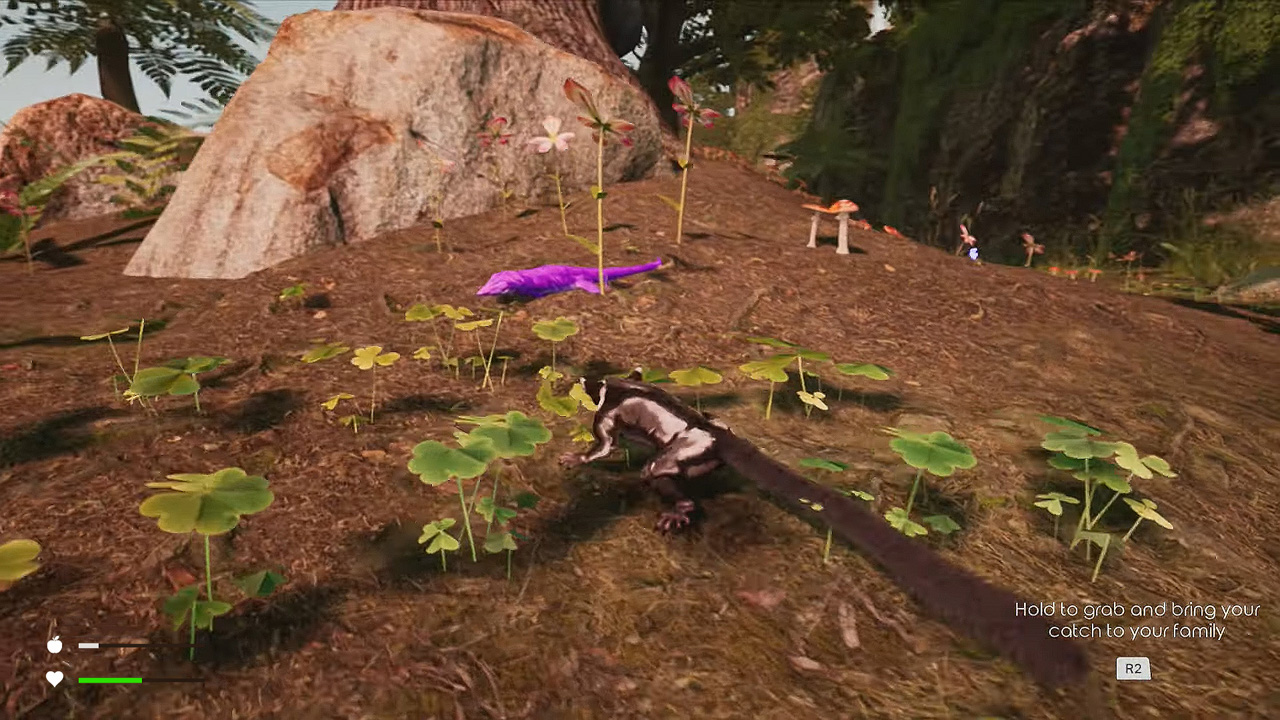 So, AWAY’s presentation and worldbuilding is a bit of a mixed bag, but how does it play? Based on how the game’s been pitched, you may be under the impression this is some sort of immersive survival sim, but that’s not the case. Sure, the game has a hunger meter and occasionally lets you explore a bit off the beaten path, but mostly, this is a cinematic adventure as linear as any of Nathan Drake’s exploits (perhaps even moreso). You do have to give AWAY points for variety — one minute you’re running from a giant spider, the next you’re soaring through a treacherous canyon, evading hungry wolves, or riding on the backs of a pack of stampeding deer (to name just a few of the game’s setpieces). The intensity also ramps up nicely with the adventure starting gently enough and building to a fiery climax.

Unfortunately, cumbersome controls often result in a game that’s more trying than thrilling. Your little sugar glider’s jump is unpredictable and gliding is difficult to handle, making any sort of precision platforming near impossible. Thankfully, I quickly discovered you can simply target platforms and auto-jump to them, which certainly makes platforming easier, but feels like a bit of a cheap fix. The platforming frustration reaches a peak near the end of the game when you’re forced to leap between a number of burning trees, as the tangle of branches is hard to navigate and stymies the auto-jump. 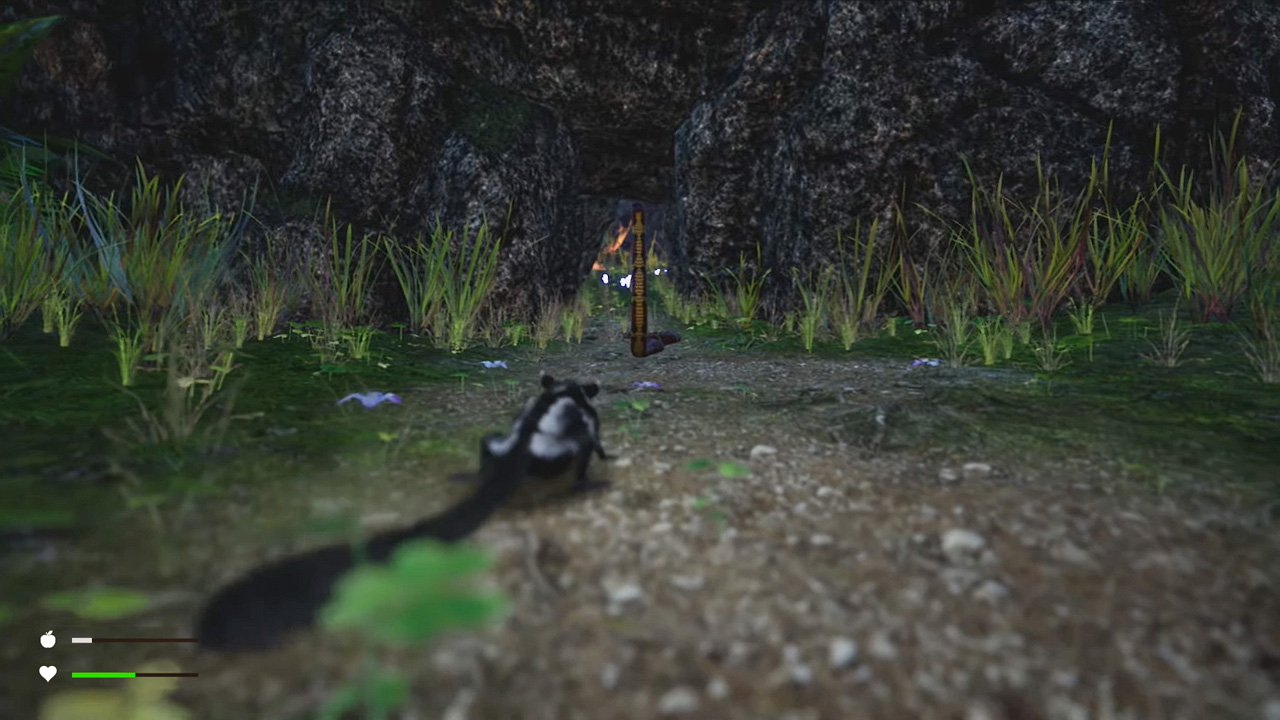 As clunky as platforming can be, it’s not actually the most irritating part of the game. AWAY features some of the dirt worst combat I’ve come across in a long time. You can target enemies, but the camera is terrible, making it almost more trouble than it’s worth. You can dodge from side to side when an enemy strikes, which may result in them being stunned, leaving them open to one of your attacks, but the hit detection is so wonky it all feels almost random. This is particularly true during a series of repetitive snake boss fights, which I guarantee you’ll be cursing by the end of the game. And there’s still more to complain about! Like the game’s fussy, confining stealth sequences, shallow quick time events, and the bugs. Oh, the bugs. The game never crashed on me, but I had to reload multiple times as my glider got stuck on objects, disappeared, or in one memorable instance, rocketed into the sky and refused to return. 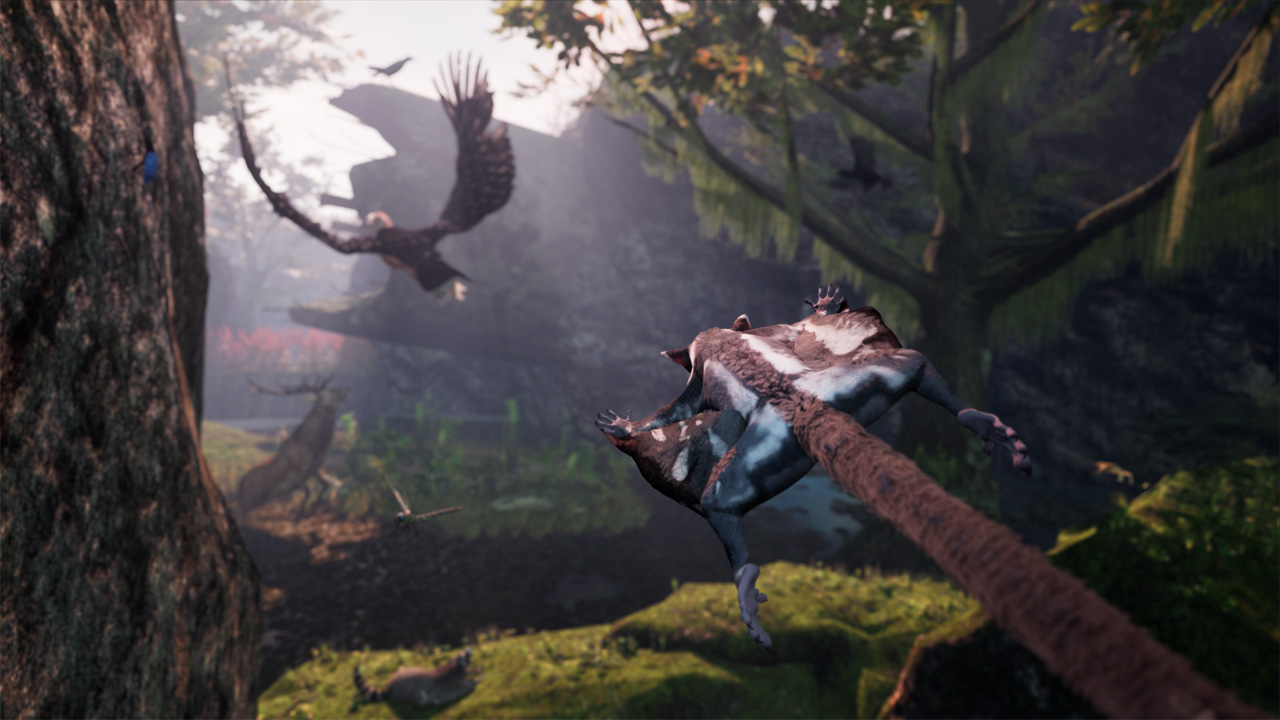 Admittedly, AWAY’s challenge level is low enough that you’ll never be frustrated by any one thing for too long, but make no mistake, the game is rough. It also doesn’t last very long – I completed the main story in around 4 hours, and probably could have done it quicker if it weren’t for those reloads I mentioned. Once you complete the story, there is a more open area you can freely explore (you can also tackle a version of it immediately by jumping into Exploration mode). This feels a little closer to the survival sim some might have been expecting, but it wears thin quickly as aside from inhabiting different animals and finding a few tidbits of lore there’s just not much to do in the open world. Ultimately, I suspect a lot of players will be happy to pack this particular camping trip in early.

This review was based on a PC copy of AWAY: The Survival Series provided by the publisher Breaking Walls. You can grab yourself a copy of the game here.

While AWAY: The Survival Series nails its nature doc narration conceit, it doesn’t have anything particularly enlightening to say. The game does sometimes succeed as a straightforward cinematic adventure, but rough controls and a general lack of polish derail the rollercoaster far too often. Playing AWAY can be compelling at times, particularly if you’re an animal lover, but you might find queueing up a few episodes of Planet Earth more fulfilling.