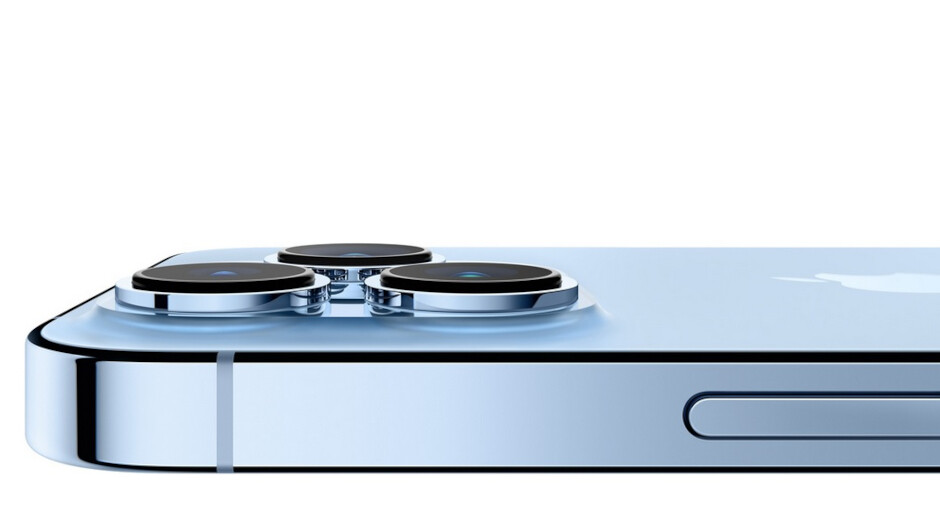 Share
Facebook Twitter LinkedIn Pinterest Email
The Apple iPhone 13 Pro and iPhone 13 Pro Max are the first handsets delivered by Apple that have the ability to shoot Macro photos. These are photos that are snapped just two centimeters away from the subject or closer. This is the mode you would use to take pictures of insects, and things of that nature (no pun intended).
Using the Ultra-Wide camera on the Pro variants of the iPhone 13, Apple says that “users can capture sharp, stunning images where objects appear larger than life, magnifying subjects with a minimum focus distance of 2 centimeters. Macro also extends to video including Slo-mo and Time-lapse.”

According to a post on LinkedIn (via 9to5 Mac), the Macro mode also has some use in the medical field. Dr. Tommy Korn, an Ophthalmologist, wrote that he has been using the iPhone 13 Pro Max to take Macro photographs of his patients’ eyes. Using this feature, Dr. Korn is able to review detailed images allowing him to make observations about the health of his patients.

In his LinkedIn story, Dr. Korn discusses a patient who had a cornea transplant which resulted in a painful corneal abrasion. The photos that he includes with his post are used by the doctor to monitor the healing rate of the abrasion. Dr. Korn wrote, “Been using the iPhone 13 Pro Max for MACRO eye photos this week. Impressed. Will innovate patient eye care & telemedicine. forward to seeing where it goes… Photos are from healing a resolving abrasion in a cornea transplant. Permission was obtained to use photos.”

Together with fellow Opthalmologist Jeffrey Lewis, the docs say that the Macro mode on the iPhone 13 Pro models will help the new and growing telemedicine field. Unlike Motorola, for example, whose Macro cameras are dedicated to that type of photography, Apple is adding Macro photography capabilities without having to add an additional lens. The upgraded Ultra-Wide camera on the 2021 Pro models features an f/1.8 aperture with a 120-degree field of view.

Dr. Korn also used the CareKit platform to build an app that sends reminders to patients via the Apple Watch

This isn’t the first time that Dr. Korn used an Apple device to help his patients. Last November, he posted on LinkedIn about the success he had building a healthcare app using the open-source CareKit platform. The app is designed to guide the Doctor’s patients through the process of undergoing surgery. The Doctor’s patients received medication reminders and messages about their care through the Apple Watches on their wrists.
The Doctor wrote, “Some people feel notifications can be bothersome especially in our busy and sometimes chaotic world – however, when your wrist notifies you of your health and medical well-being, these notifications no longer become annoying. It’s your life at risk and everyone pays attention.” Dr. Korn stated that these notifications became more important for his patients undergoing eye surgery during the pandemic.
The Ophthalmologist added that his app reminded patients about the precautions that have to be taken while under self-quarantine, and how to handle pre-surgery COVID testing. The app is called the Sharp Health Companion app and it is still available in the App Store.
As a postscript to the development of the app, last year one of Dr. Korn’s first patients to use the app and the Apple Watch wrote the doctor to tell him that she had purchased an Apple Watch Series 4. After collapssing in her bathroom, she checked her Apple Watch, ran an electrocardiogram, and discovered that she was in Arterial Fibulation (Afib). She ended up having her medications changed, new medications added, and was scheduled to undergo additional tests.
This patient thanked the doctor as it was his app that got her interested in the Apple Watch, led to the purchase of her Series 4 timepiece which might have saved her life.