Far Cry 6 developer interview: how to create a revolutionary sequel 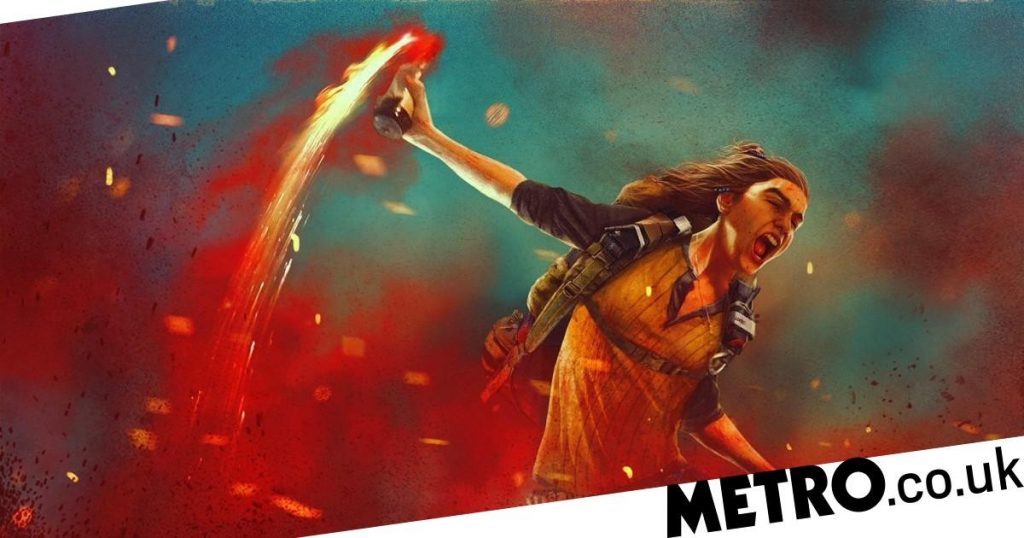 Far Cry 6’s developers discuss the making of the game, as one of them reveals the very personal inspiration for one of the key plot points.

In Far Cry 6 you’re given the chance to kickstart a revolution. A intriguing premise, albeit one familiar from plenty of past video games. But if developer Ubisoft Toronto’s deeds match their words, what you experience in the game won’t just be any old revolution – it will be ahem a revolutionary one.

We spoke (via Discord) to three of the most important members of Far Cry 6’s development team: narrative director Navid Khavari, senior content inspirational adviser Thierry Noel and Ben Hall, a Brit who luxuriates in a job title that even Boris Johnson would envy: world director.

Between them, they outlined how, with Far Cry 6, they are attempting to create a new type of narrative structure with ‘nuance and complexity’, all housed in a fictional Caribbean island, Yara, whose virtual life and culture has been crafted with particular care and attention to detail.

The Far Cry games have always had memorable characters, but Khavari wants Far Cry 6 to break new ground with storytelling in general. The game casts you as Dani Rojas, a guerrilla fighter going up against the might of the dictatorial Anton Castillo, played with menacing charm by Giancarlo Esposito, who is grooming his son Diego to eventually take over from him.

Khavari explains the complex manner in which those story arcs intersect and overlap: ‘You’re going to be able to explore the narrative on the island in whatever direction you choose. Once you enter Yara proper, you can go to any of the regions and tap into the Netflix series that is the story of that region. But we’ve also found a way to have a meta-narrative over all of that, that will draw you into the bigger story of Anton, Diego and Dani.

‘Then on top of that – and I think folks are a little surprised that we wanted to do this – we’ve instituted cutaways to Anton and Diego at key moments in the story, where the player isn’t even there. So altogether, it creates this cinematic experience, but with a hell of a lot of freedom.’

That multi-layered structure should endow Far Cry 6’s narrative with more complexity than the series is used to. Thierry Noel contends that the development team also set out ensure a certain degree of subtlety as well: ‘The idea was definitely to be much more nuanced in our approach, to understand how a dictatorship works, to understand how people start fighting against that kind of tyranny. But with a balanced approach, and something more complex than just bad and good.

‘One of the questions of the game, clearly, is how far you’re ready to go. How far will you go to overthrow the dictatorship? There’s the question of commitment, and that’s one of the most important lines of the game. From my point of view, we have to put nuance and complexity in games; all our players are really expecting that and are ready for it.’

Ubisoft has often courted controversy by maintaining that its games aren’t political, even though they very clearly are. Given that Yara is loosely based on – or at least inspired by – Cuba, one of the world’s last bastions of communism, the subject is a potential political minefield.

However, according to Thierry Noel, Castillo’s story sidesteps that issue: ‘In the case of Castillo, he and his family have been displaced from power by a revolution, and he’s coming back with all the frustration of someone who is convinced that he’s been deprived of something that was his.’

Noel, a historian specialising in Latin America, belongs to a team of academics permanently based at Ubisoft’s Paris HQ, on call to lend authenticity to all the company’s games. To research Castillo, he focused on dynastic dictators from the region, including ‘Trujillo in the Dominican Republic, in the 1930s to the 1960s, and the Batista dictatorship in the 1950s in Cuba’.

So Castillo is portrayed, not as a Castro-esque communist, but a more conventional autocrat, in an attempt to avoid any potential controversies.

According to Far Cry 6’s plot, Anton Castillo was his son Diego’s age when his dictator father was ousted by a revolution in the 1960s, so his dynastic return to power would clearly require some sort of plot device. This is delivered in the form of Viviro, a miracle cancer-curing drug which Castillo’s government harvests from genetically engineered tobacco. Castillo uses Viviro as a means of imposing authoritarianism, declaring that anyone who opposes him will be forced to labour on a Viviro farm.

Khavari explains that Viviro might be the most personal MacGuffin ever: ‘Viviro actually came from a bit of a personal experience. I’m a cancer survivor, and one of the things I was thinking about quite a bit was what can we give Anton that would allow him to have leverage to justify what he was doing – not only to his people but around the world. I began to imagine if someone came to me when I was sick and said: ‘Hey, I have this treatment that is going to solve everything.

‘Luckily, I did have that. But you don’t necessarily question where it comes from. Diving in deeper, we found that there are companies out there that are developing medicines and cancer treatments by bio-hacking plants, and that’s where it came together. If they found a way to develop this treatment that would slow cancer down by using their own tobacco leaves, that would give Anton this leverage to say: ‘Yes, I’m committing atrocities, I’m doing these incredibly brutal things, but look at what I’m producing’.’

Khavari acknowledges the importance of villains in Far Cry games: ‘Far Cry is known for its villains – it has some of the most iconic villains in games, so we knew we had a huge bar there that we wanted to hit. I had a running thing of, ‘We’ll draw them in with the villain, and we’ll keep them in the game with the heroes.’ What that means is having a microcosm of what revolution is.’

But one unexpected aspect of the game is that it will eventually let you play as three of the Far Cry franchise’s most iconic villains: Vaas, Pagan Min, and Joseph Seed. That gameplay will be delivered via downloadable content developed by Ubisoft Shanghai. ‘It has roguelite gameplay, and you essentially enter each of the villains’ minds, and have to escape the trappings of their own minds’, says Khavari.

‘What we focused on narratively is that you get to see their perspective on events that happened in the previous games, which I can guarantee are slightly different from what you’ve experienced. And on top of that, you get to experience and see new story elements, that add to the mystique of the characters and give a deeper insight into who they are.’

With a Canadian/French team making a game set in a Cuban-inspired country, there was always a danger that Far Cry 6 could face allegations of cultural appropriation. Khavari is keen to defuse that particular minefield: ‘The most important thing for me was that we adhered to regular and vigorous checks on authenticity and sensitivity. Speaking to experts, they often say, ‘We were brought in at the end.’ So for Far Cry 6, I wanted to get these folks in early, looking at what we were doing.’

Khavari is convinced that a lack of authenticity or sensitivity won’t emerge as an issue for the game: ‘There was a really interesting comment I saw on Twitter when someone said they felt like they could step into the shoes of their grandfather when they were playing the game – their grandfather was a Cuban freedom fighter. So, I’m really looking forward to seeing what the response will be, but I know that we approached it with as much sensitivity as we could.’

Ben Hall, Far Cry 6’s world director, is the man who had ultimate oversight over the crafting of Yara, and he outlines the lengths he went to in order to create a convincing yet fun open world playground: ‘When we’re trying to create any new world for the games that we’re making, we go back to school. We’ve got people at our HQ in Paris who are doing reference and research. But the team also went out and did extensive trips to understand as much as possible and to capture as much data as possible. We got over a terabyte of data: thousands of photographs, hours of video, audio; there were interviews with people.

‘We had people from audio, from narrative, but also from art; people who are obsessed with taking pictures of leaves, and doing photogrammetry of little piles of dirt and things, to make sure that we could recreate those as authentically as possible in our version of an island.

Both Hall and Khavari point out that through the idea of Resolver, which lets you craft makeshift weapons and customise cars using junk, Yara itself, via its natural resources, becomes a tool that impacts Far Cry 6’s gameplay.

Hall argues that the island he created effectively functions as a major character in the game: ‘The idea that Yara is what the guerrillas are fighting for becomes a thing. As Dani Roja, you want to free Yara for the Yaran people, so Yara becomes a character unto itself. We built a timeline for Yara with Navid and his team back to the 1400s, so that we could layer in different historical stories.’

With Ubisoft making a concerted effort to improve the storytelling and authenticity, Far Cry 6 certainly has everything going for it on paper. Whether that will be enough to avoid seeming overfamiliar remains to be seen, but with the game due out in less than a week it won’t long before you find out.