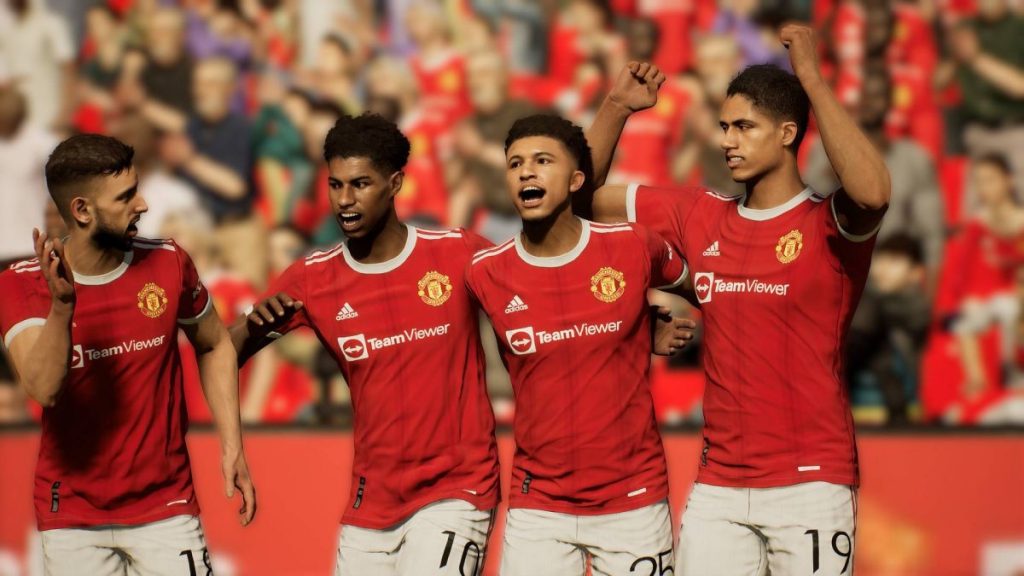 Konami’s eFootball 2022 – the free-to-play soccer sim that was formally known as Pro Evolution Soccer, or PES for short – is now available to download on PS4, PS5, Xbox One, Xbox Series X/S, and PC.

However, it hasn’t garnered the greatest reception with players.

eFootball 2022 hasn’t even been out 24 hours, but that hasn’t stopped it from getting absolutely mullered online due to the game’s horrendous glitches, bizarre physics, and truly terrifying-looking player likenesses.

Thanks for kill my fav game @play_eFootball #efootball2022 here is a Video with Ansu Fati running like naruto pic.twitter.com/JQ2KRr2RwCSeptember 30, 2021

Here we see players sliding around, as if by magic.

You play Fifa!? Ugh, doesn’t that have sliding?! Konami: “hold my beer“! Hahahaha!!! First game I played. This is without exaggeration one of the worst attemts at a game of any genre on any gen, ever! My my my.. #PS5Share, #eFootball2022 pic.twitter.com/j7wrCwhnfgSeptember 30, 2021

But Twitter isn’t the only indicator that eFootball 2022 isn’t impressing footy enthusiasts. The game has an ‘Overwhelming Negative’ review score on Steam after amassing 4,368 reviews at the time of writing, making it the worst-rated video game in the history of Steam according to Steam250.

eFootball 2022 is already the lowest rated game on Steam, with only 8% of people giving it a positive review. #eFootball2022 pic.twitter.com/K0RozvEsDDSeptember 30, 2021

Just like Arsenal’s pitiful start to the 21/22 Premier League season, Konami can still turn things around with eFootball 2022. The publisher has already admitted that the game’s launch would basically serve as a demo, and more updates and changes are planned in the near future as the game evolves.

However, you can’t help but wonder how the game has been released in such a state considering the team took an extra year of development time. Compare eFootball 2022 to EA’s FIFA 22, which has been fairly well-received (microtransactions aside), it seems like Konami’s soccer sim is already fighting an uphill battle.

“Alexa, play ‘Things can only get better’ by D:ream.”