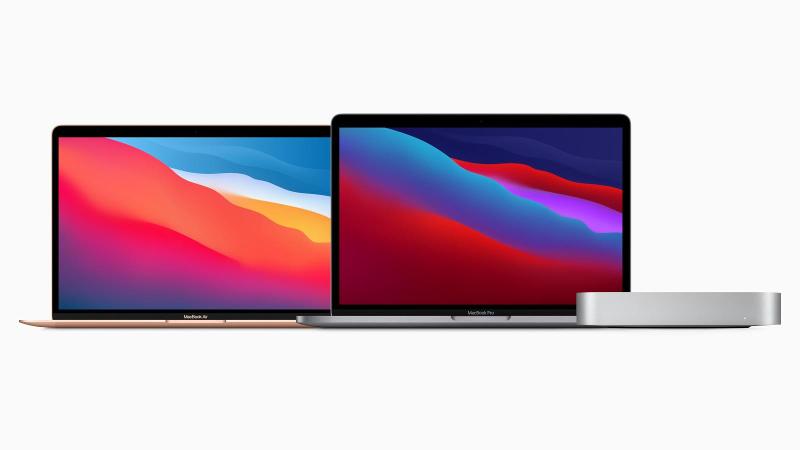 After a quiet summer (something we complained about at the time), Apple hit the ground running in September, blasting out two new iPads, a new Apple Watch and the iPhone 13. Hey, two out of three ain’t bad.

Rather than resting on its milled-aluminium laurels, Apple is expected to continue the launch fiesta this month. Here are the products we expect to appear in October 2021.

When will Apple hold its next event?

First things first: when are the launches going to happen? October, yes, but when exactly?

Nothing’s been officially announced just yet (which probably rules out anything in the first week of October), but we’ve got a theory. Based on the timings of an AirPods promotion Apple is currently running, we think Tuesday 12 October is a likely bet.

Read our regularly updated guide to Apple’s October 2021 event for the latest leaks and rumours, however.

We’ve got some idea of when to expect Apple’s announcements, then, but what will the company tell us about? Let’s start with the long-overdue AirPods.

This was the one we got wrong in our September predictions piece, but the reasons we expected it then are still as true as ever. If anything there is even more urgency for Apple to update the AirPods, which are one of the company’s most successful ever products yet haven’t been refreshed since March 2019. It’s bizarre, really.

There are some plausible reasons for the long wait, including production difficulties caused by COVID and the seasonal considerations when launching a set of in-ear headphones, which make good Christmas presents. (It’s also conceivable that Apple felt headphones would go down less well during lockdown, when we all had less reason to listen to music on the go.) But now, surely, the time is right.

The standard AirPods are widely tipped to get an updated design and feature set to bring them closer to the AirPods Pro. The ‘stems’ will be shorter, for example, and we may also get new silicone ear tips for better passive noise isolation (but not active noise cancellation, which will remain a Pro-only feature). The charging case, too, will look more like that of the AirPods Pro.

You can keep up with the latest info with our AirPods 3 news hub. But note that if you’re interested in the next version of the AirPods Pro – which we don’t expect until 2022, sadly – you should instead browse our AirPods Pro 2 hub.

The Apple Silicon revolution has won admiring reviews for the performance of M1-equipped Macs, but even now the Mac range is only partially upgraded to the new chips. Apple updated two of the 13in MacBook Pros with M1 processors in November 2020, but the other two were left as they were; even now, if you go to the 13in MacBook Pro section of Apple’s website you’ll see the option to buy models based on Intel chipsets.

But all good things come to those who wait, and we’re hearing reports that Apple has big plans for those Intel MacBook Pros – plans that could involve a redesign and a bigger (likely 14in) screen. And of course one of Apple’s own processors, quite possibly the rumoured M1X.

Read more about this exciting development in our new MacBook Pro 14in roundup.

The M1-equipped MacBook Pro released in 2020.

What of the larger MacBook Pro in Apple’s stable? The 16in model is in even more need of attention, with no M1 options at all: it’s Intel or bust, as far as Apple’s premium laptop is concerned, and you’re stuck with a rather elderly Intel chipset from 2018, astonishingly.

But here too we are hopeful of imminent news. An M1 (or M1X, or M2) chip will be the first priority when the next 16in Pro is announced, but the design is also expected to be spruced up, with the Touch Bar on the way out and MagSafe on the way back in. The laptop could get a smart new titanium case, too.

You can read the latest theories in our regularly updated MacBook Pro 16in news hub.

The October event will focus on the Mac, so there’s a chance Apple will find time to talk about the Mac mini, which like the 13in MacBook Pro is currently sold in both M1 and Intel flavours.

Rather than replacing the M1 mini that was launched last year, the next model will sit alongside it as a more powerful alternative. The old Intel mini will be quietly ushered out of the door at the same time.

As seems to be the theme in this roundup, the Mac mini could also get a redesign, with famed (if sometimes wayward) leaker Jon Prosser predicting that the 2021 model will be significantly thinner than the current one and feature a “plexiglass-like” top.

Catch the latest gossip in our Mac mini news hub.

We’ve already mentioned the next version of the AirPods Pro, which won’t be here until 2022. But there are other highly anticipated Apple products that are unlikely to grace us with their presence this side of Halloween.

The new iPad Air – the next cab on Apple’s tablet rank, following updates to the other four iPads in 2021 – would be an unexpected arrival this month, since it would have fit in better with the other tablets announced in September. Supply-chain reports, in fact, suggest 2022 is more likely.

An updated MacBook Air (with mini-LED and, surprise surprise, a colourful redesign) and an all-new Mac Pro are both in the pipeline, but we suspect they won’t be ready in time for the October launch. The Air is expected to launch in 2022, and a similar timeframe is plausible for the Mac Pro.

And finally, we have to dampen down speculation about Apple launching a new iPhone. With the iPhone 13 and siblings fresh off the conveyor belt the time is obviously wrong for the iPhone SE 3 to make its debut, but readers always ask, so there you go. I won’t promise to shave my eyebrows, but it’s a long shot, let’s say.

We do this every month, so tune into Macworld again near the end of October to see what we predict for November. You can contact us on Twitter to taunt us for the things we got wrong, too.

Other than that, check out our longer-term forecast in Apple products coming in 2021. And pick up bargains on the company’s full (current) range of products with our guide to the best Apple deals.