PGC Digital: How to ideate in the hypercasual games space | Pocket Gamer.biz 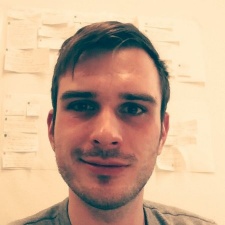 As the hypercasual mobile games market expands there has been a flow of original games, and of unoriginal, copycat products trying to squeeze into the market.

Speaking at PGC Digital #8, Sunday Games game lead André Noller explains how to ideate for a hypercasual game and avoid the risk of becoming another dead end copycat.

Noller proposes that the first question you need to ask is why should you work in the hypercasual market?

Hit games have already been released and tested and you risk running behind the competition with a copycat product.

He suggests analysing the market that you wish to ideate in, such as a certain genre of hypercasual game, for example, a runner or ASMR game. By analysing trending themes or mechanics you can systematically explore original variations of these trends, however, beware of straying too far from your intended audience.

Noller suggests that when ideating for a hypercasual game you need to analyse the bigger picture.

There is very fierce competition in the hypercasual market and you are not alone in trying to enter it. He advises contrasting ideas with the competition to see if a similar idea has been tested before, if it has, ideate in a different direction to stand out from the competition.

He also suggests considering the audience and how they will interpret the idea in comparison to the competition’s games. Consumers will see a lot of ads for similar games so they need to understand and recognise what is novel about your idea when compared to competitors.

Noller then proposes a form of smart differentiation, making a comparison between a red ocean and a blue ocean. Entering a red ocean is to compete in an existing market with the same product to try and beat the competition and capture more of the demand.

He gave the example of the Playstation versus Xbox console market, and how both sides are constantly acquiring new studios to develop more attractive games to bring players into their ecosystem.

In contrast, a blue ocean is where you would create a new market with a different product which can make the competition irrelevant; Noller cited the Nintendo Wii as a good example of this. Rather than try to compete in a “graphics arms race” with Sony and Microsoft, Nintendo introduce motion controls with the Nintendo Wii and created a new demand separate from the other consoles.

Noller lists that the goal for ideation is to profit from the market but not “drown in the red ocean” and to differentiate enough to stand out and create a “blue ocean”. You do not have to create a completely new hypercasual submarket, but a novel idea within an existing submarket.

He notes that the hypercasual market is often cyclical as when consumers first see a product they have a “caveman brain” and are hesitant of a new experience and are likely to skip the game.

However, once additional games featuring similar mechanics appear users will become interested but after seeing it often they crave novelty. Once the limits of novelty are reached consumers become disinterested in the submarket and the cycle repeats itself.

Noller concludes that nothing is impossible in the hypercasual games space and that through correct ideation you can create the next hypercasual hit.