The Chrome shortcut sidebar you didn’t know you needed 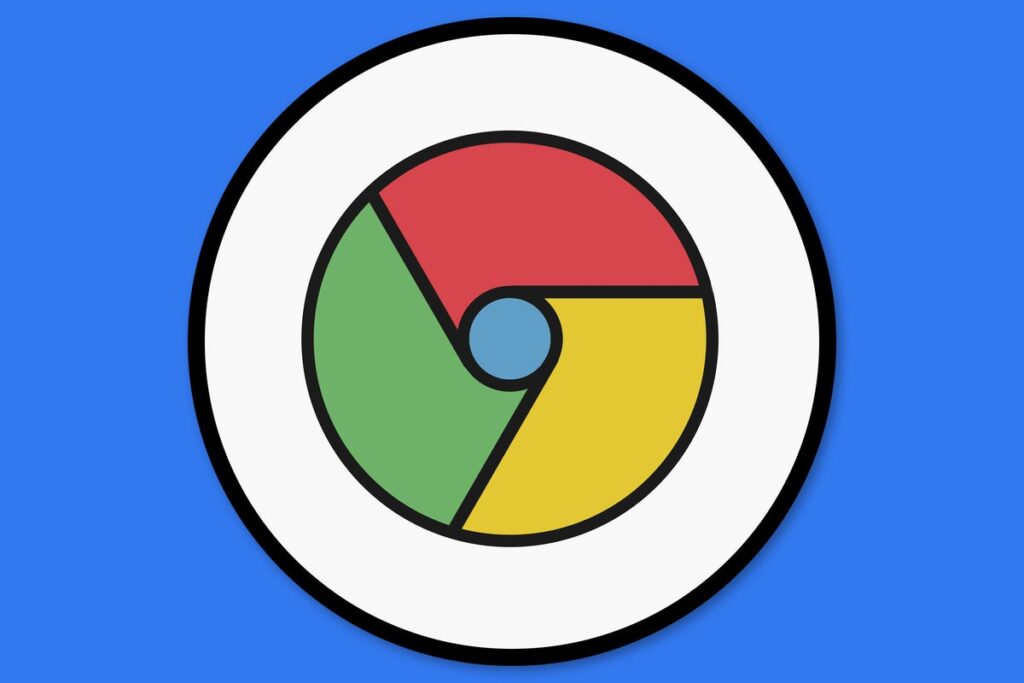 I’ll admit it: I’ve found myself tempted to switch browsers more than a few times lately.

Let me offer up a little context on my near-transgressions: I’ve relied on Chrome for longer than I can remember at this point. Standard story, I know, right? But it’s true: By and large, Chrome gives me everything I want in a browser and then some. We’re very much in the comfortable marriage phase of our relationship: Sure, the initial thrill of the courtship might be gone, but we know each other inside and out now. And we’ve gained a level of trust, familiarity, and comfort that’s tough to replicate.

Even so, every now and then, some alluring new thang comes along and flashes its fancy features in my direction. Maybe it’s Microsoft Edge, with its enticingly unusual approach to putting tabs on the side of the screen instead of at the top. Maybe it’s the appropriately named Sidekick — no, not the early T-Mobile phone that acted as a kind of future-predicting ancestor to Android, but the Chrome-competing desktop browser that tries to reimagine the browser window as a web-based work operating system of sorts. It arranges your tabs as apps in a persistent vertical sidebar, collects your notifications in a single streamlined place right alongside your web window, and adds in a smart search system that acts as a universal finder tool for all of your online stuff.

I’ve spent plenty of time flirting with comely young creatures like these, and — I’ll admit it — I’ve even had the occasional dalliance when I’ve switched over to ’em for a short while. But in the end, I always end up coming back to Chrome. Getting accustomed to an entire new browser environment, giving up all the useful forms of cross-device syncing and Google service integration I’ve learned to rely on, and letting go of my many mastered shortcuts and time-savers from the Chrome environment is always just too high of a price to pay for some new feature or interface idea.

Well, I’ve got good news: If you’re similarly committed to Chrome but intrigued by some of these newer productivity-promising browser concepts, there’s now a way for you to have your cake and eat it, too. And its name — rather ironically, for something that’ll keep you from having to switch browsers — is Switch.

Allow me to introduce you, won’t ya?

Let’s start from the beginning: Switch is an extension for Chrome. You keep your existing browser framework and environment and simply add onto it via the Switch Workstation Chrome extension.

And there’s a reason I mentioned both Edge and Sidekick a second ago: Switch essentially brings the same efficiency-enhancing sidebar concepts those browsers created into the Chrome universe. In fact, its core features are almost eerily reminiscent of what Edge and especially Sidekick offer, only brought into the Chrome domain instead of requiring you to move into an entirely new browsing home.

Once you install the Switch extension into Chrome, you’ll see a thin new sidebar along the left edge of the browser. It’ll show a list of all your actively open tabs, with tabs from the same app or site grouped together within a single icon.

Hovering over any of those icons will cause a menu to appear with all the associated site instances. That’s especially useful if you keep, say, multiple inboxes open for different Gmail accounts or lots of Docs documents open at once, as it really makes those scattered tabs feel like part of the same cohesive application. On that note, you’ll also see badges representing any notifications tied to your various open sites, and you’ll sometimes see extra shortcuts, too — like the option to start a new email, open Google Calendar, or open Google Drive alongside any Gmail inbox.

Beyond that, Switch gives you a space for something it called Spaces — basically saved clusters of tabs you tend to open together. You can think of ’em kind of like workspaces for different purposes. So you might have one that holds tabs for Docs, Drive, Notion, and your company website that you’d pull up whenever you’re working on a new work-related report. Or you might have one that holds QuickBooks, Google Sheets, your company’s expense-tracking software, and a specific document with accounting instructions for whenever you’re doing your monthly expense filing.

Whatever the purpose may be, all you’ve gotta do is set up the Space you want once, and then you’ll always be able to pull up that specific collection of sites in a new window with one click at the top of your Switch sidebar. You can even share a Space with someone else, too, which could be useful in plenty of professional (or maybe even not-so-professional) situations.

In addition to Spaces, Switch has a spot for Favorites — which are sites you open frequently and want to pin to the top of your sidebar for easy access. You can also open all of your favorites in one fell swoop with a button in that area.

My favorite Switch feature, though, has to be the software’s intelligent search system. It really has the potential to push up your efficiency and save you time: You just hit Ctrl (or Cmd, if you must) and the backslash key () together from anywhere in your browser, and bam: You get a box that’ll let you find and jump to any current or past page, document, email, or almost anything else imaginable in a snap.

You can filter the results by app, too, so if you want to find a specific email in your inbox, a particular event in your Google Calendar, or a certain document in your Google Docs storage, one quick click on the matching icon within that search box is all it takes.

And if you want to search the web itself, you can simply hit Enter after typing in whatever term you want, and Switch will pull up the matching Google Search results in a new tab. Doesn’t get much easier than that.

You can even ask Switch to take over the Chrome New Tab page, too, and put that same streamlined search interface front and center every time you open up a new blank tab.

Oh, and think you might sometimes need a break from the Switch sidebar? No problem: You can simply hit Ctrl (or Cmd) and the forward-slash key (/) to toggle it on or off on demand.

Switch is free in its base form, which limits you to two saved spaces and two favorites and also limits the search function to showing only your currently open tabs. For three bucks a month or $30 a year, you can upgrade to a Pro version of the service that eliminates those restrictions and adds in some extra shortcuts and other bells and whistles.

Switch isn’t available on the Android front yet, which is a bummer, but it’s still early days for the service. Its creators say they’re planning on building a companion mobile app that’ll let you tap into your saved sites and workspaces and access ’em on the go. And they’re aiming to expand Switch to work with Firefox and other desktop browsers over time as well.

For now, if you like Chrome but find yourself tempted by the creative concepts some of its younger competitors are creating, Switch is a spectacular way to get many of those same efficiency-oriented interface improvements without having to give up your existing environment and all of the advantages that come with it.

It’s a win-win, I’d say — and if you’re at all interested in improving your productivity whilst working on the web from a computer, it’s a promising new option that’s well worth your while to investigate.

Sign up for my weekly newsletter to get tasty Googley tips in your inbox. Three things to know and three things to try every Friday!